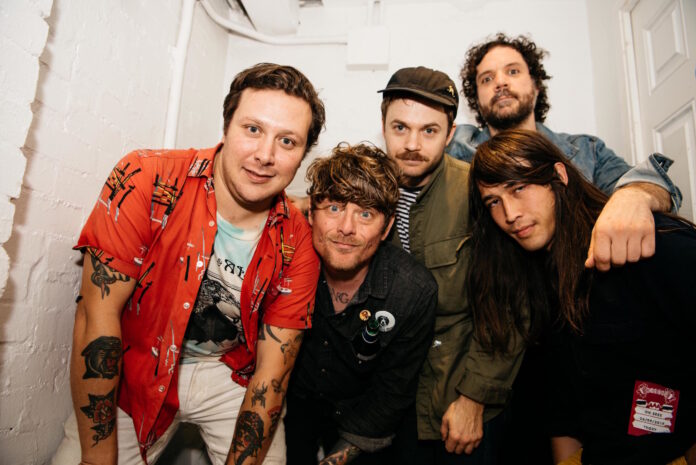 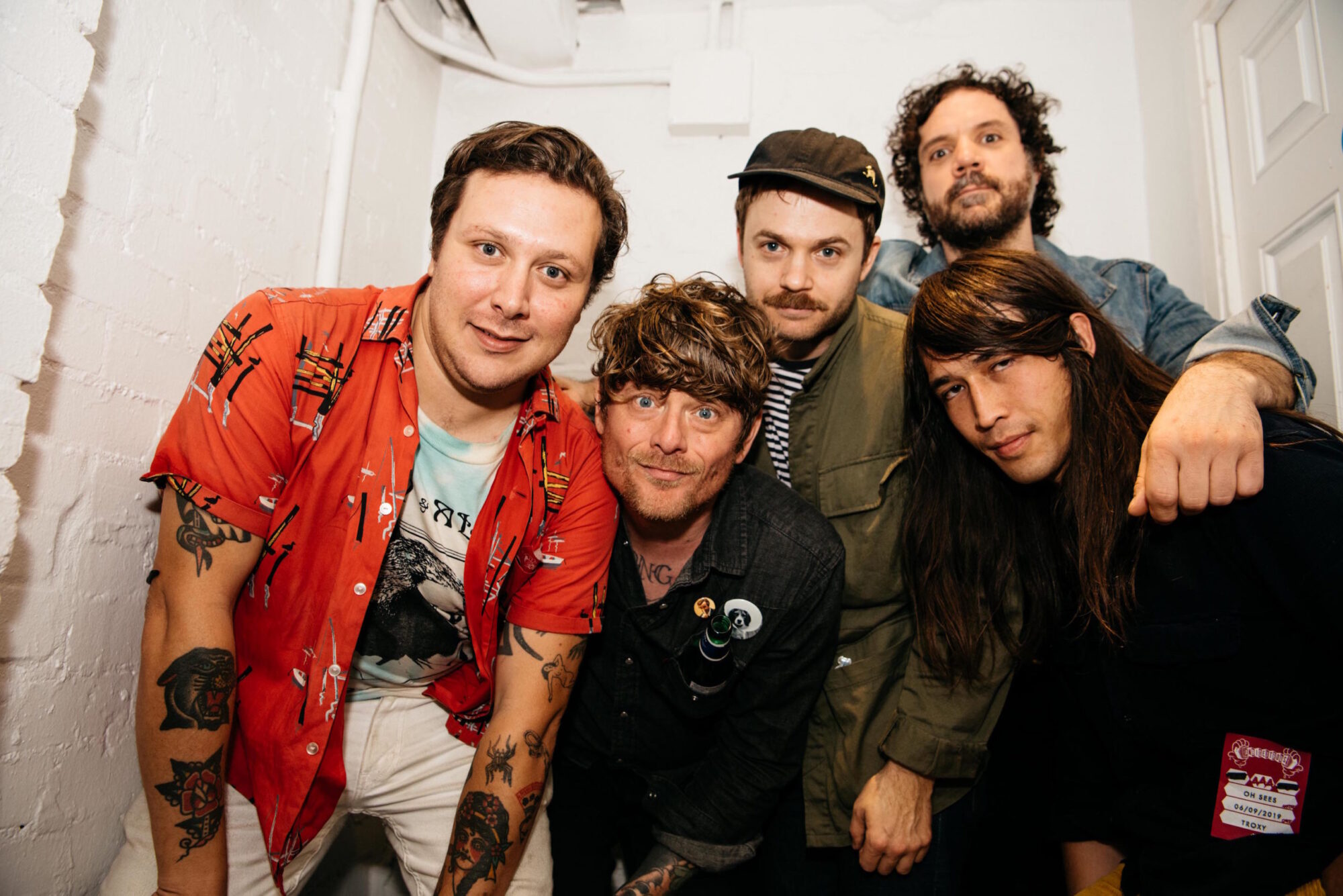 Andy Brown heads to The Irish Centre to catch Californian punks, Osees. He shares his thoughts for Louder Than War.

There’s a chill in the air tonight as a long, orderly queue forms outside The Irish Centre in Leeds. It’s safe to say that things aren’t going to stay cold and orderly for long. Formed in the late 90s, Osees have produced over 20 albums worth of garage rock ‘n’ roll, psych-rock and punk. The band have also garnered a reputation for being a committed and thoroughly raucous live entity. I get the feeling I’m going to regret wearing a jumper and a winter coat.

“Dig in. Enjoy yourself” exclaims frontman John Dwyer before launching into a suitably energetic, I Come From The Mountain. Moments later, The Irish Centre erupts into a homogenous mass of joyfully cathartic chaos. I’m standing on the edge of the flailing arms and persistent pogoing, soaking up the energy. The frantic garage-punk of The Static God feels elemental; like Dwyer and Co are somehow channelling lightning. Dwyer pulls every kind of ‘guitar face’ you can imagine; his hand nothing more than a blur as it flies up and down the frets.

The band’s two drummers ensure every song sounds like it’s about to take flight; working in perfect synchronicity as they thunder through the excellent Night Expo, an explosive mixture of ’60s keyboard-led groove and propulsive punk.

There have been numerous members of the Osees over the years, but the current line-up gel like a well-oiled, rock ‘n’ roll machine. Drums, synth, bass and Dwyer’s frenzied guitar propel the set forward at a relentless pace. They cover a lot of ground too: a band as comfortable with the surf-punk of Tidal Wave as they are with the fuzz-laden hard rock of Toe Cutter/Thumb Buster.

Osees clearly inspire a lot of love. I honestly haven’t seen a crowd react quite this enthusiastically in some time. Bodies go flying everywhere as a steady procession of crowd surfing fans pass overhead. Occasionally, I see a pair of trainers disappear into the throng as a fan goes headfirst into the sweaty mass. People are helped to their feet as high fives and giddy smiles are exchanged. I glance to my righg and see a circle pit taking shape, faces gripped with anticipation. The crowd explodes as Withered Hand bursts into a cathartic blast of garage rock fury.

Tonight’s substantial set acts as an impressive rock ‘n’ roll résumé. The band flex their prog-rock muscles with the epic, Floyd-worthy sprawl of Sticky Hulks and channel some pretty unexpected jazz and blues influences with the experimental, C. The latter even finds time to reference The Fall as Dwyer shouts, “eat yrself fitter!” Like the aforementioned post-punk legends, Osees are a particularly prolific project. It really shouldn’t come as a surprise to find tonight’s set positively heaving with highlights. Most importantly, every single song is delivered with the same boundless energy and sweaty, punk rock spirit.

You can find Osees on their website and Bandcamp.