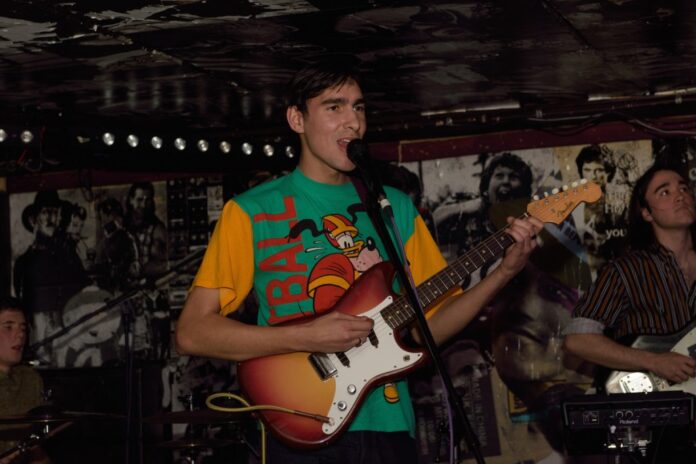 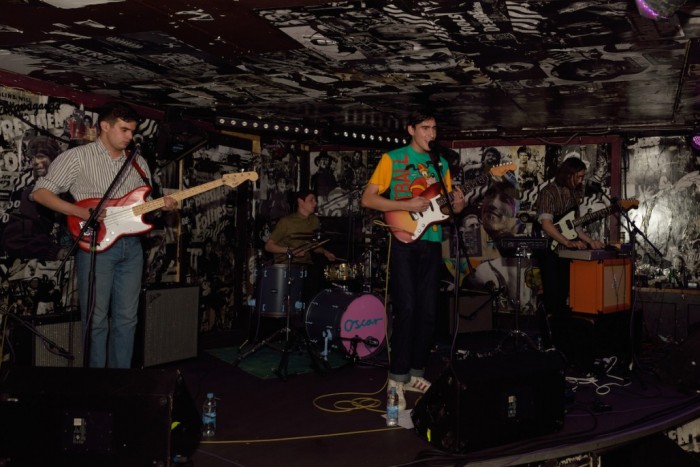 Oscar breezes into Newcastle on a crest of beautiful dreamy indie pop, laden with hooks and filled with enthusiasm, proving why he is tipped for big things.

Oscar has been one of those artists who has steadily increased in prominence this year, with a single and an EP released on Witchita. It doesn’t come as a surprise that his upbeat groovy tracks have soundtracked many a hipsters summer. Finally embarking on his first headline tour after numerous support slots and festival appearances, he arrives in Newcastle on a crest of praise.

Arriving as tour support Blaenavon takes to the stage, their set has a lacklustre feel to it. Despite the urgent guitars, the tracks lack intensity; their sound is reminiscent of so many other indie rock bands. The absence of any significant enthusiasm from the band sees the set fall flat, Blaenavon have the ingredients but tonight they don’t seem to quite come together. 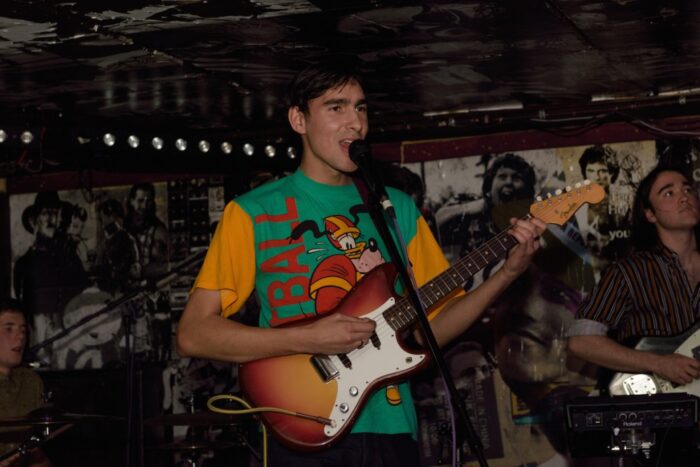 However, man of the moment Oscar takes to the stage with his band, immediately lifting spirits as he towers above the crowd. His whimsical songwriting raises rye smiles from everyone, as they dance to his tropical rhythms. The early part of the set is stacked full of blissed out grooves and dreamy pop gems as his passion rubs off on the crowd.

As his set gathers pace, Oscar turns the most mundane of incidents into a hip-shaking, hook-laden funky number. Breaking My Phone is an instant hit, he croons his way through this brilliant track with its endearing lyrics. Yet at the opposite end of the scale is Beautiful Words, which is much deeper and goes against the grain of the rest of the set.

This deep and heartfelt song is augmented by the upbeat funky beats that we’ve become accustomed to hearing from Oscar, yet it seems to be tinged with a sadness that isn’t present in his other tracks. Oscar wears his influences on his sleeve, with his vocals being similar to Morrissey and the last track Daffodil Days has a distinct New Order vibe to it.

Following a rather downbeat set from Blaenavom, Oscar provides a great evening full of upbeat singalong tracks packed with brilliant hooks. There is an understandable buzz around Oscar and rightly so, his songwriting is whimsical and wonderful and the tracks never fail to get everyone up and moving.