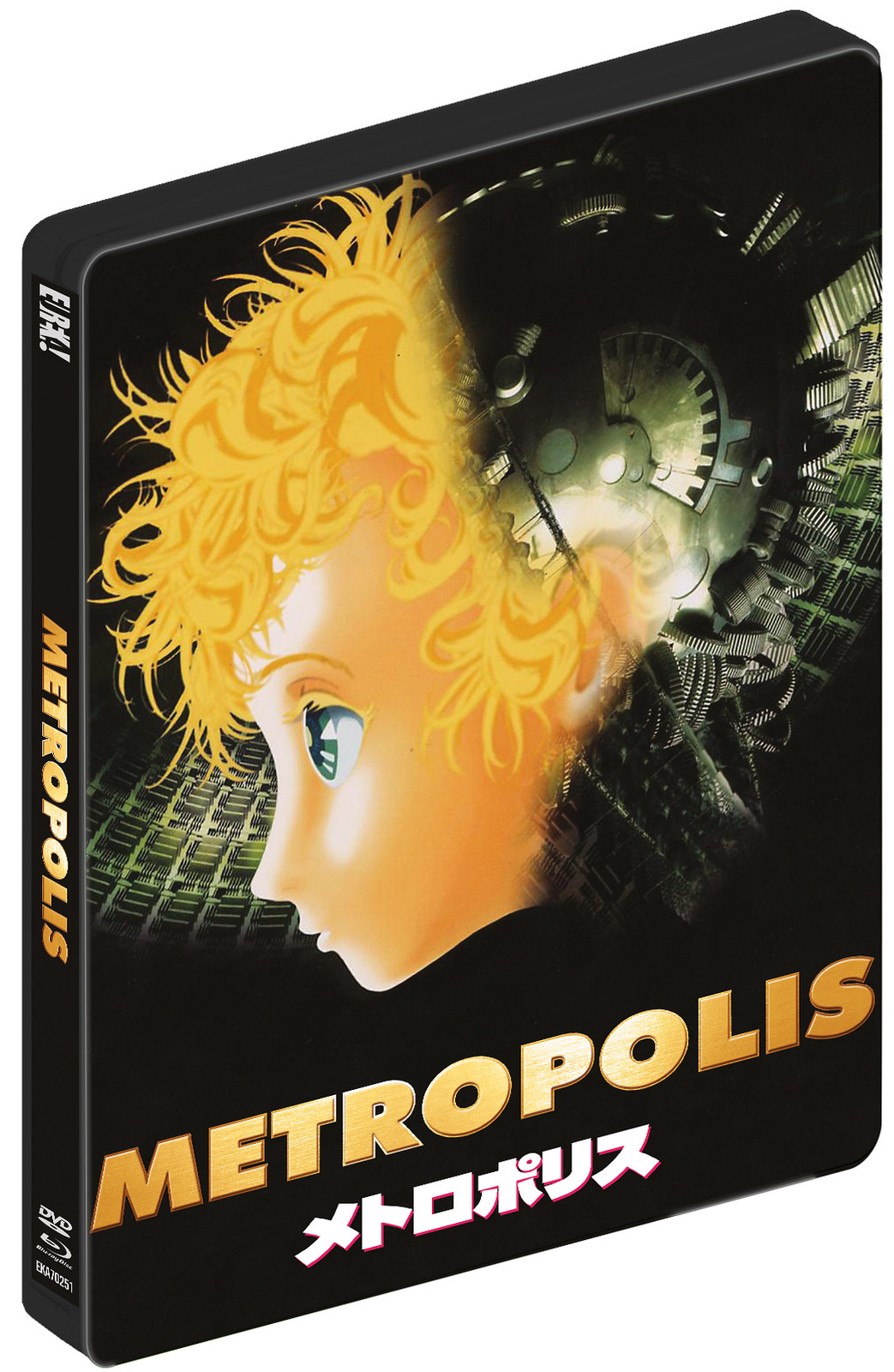 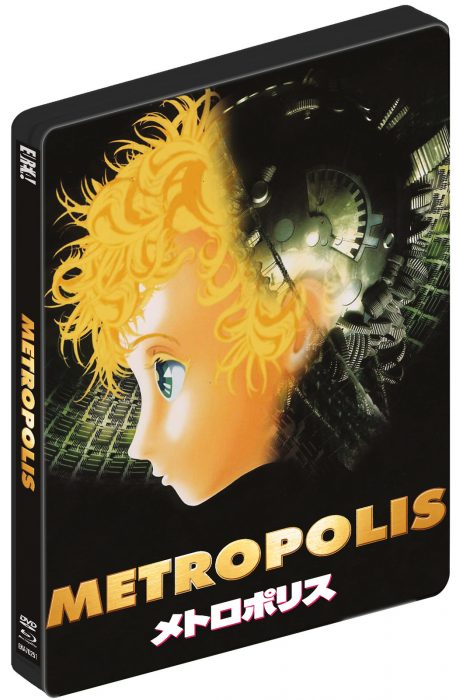 Directed by Rintaro (Galaxy Express 999) and with a screenplay supplied by anime legend Katsuhiro Otomo (Akira), Metropolis was one of the first anime films to be submitted for consideration for Best Animated Film at the Academy Awards and has been called ‘the most spectacular anime in motion picture history.’

From its opening frames where citizens gather to celebrate the completion of new Ziggurat and fireworks explode and cascade across the sky, right through to its end credits, Metropolis dazzles with its astonishing levels of inventiveness. The art here is sometimes staggering, with gorgeously delineated characters and settings rendered in vivid colours. At several points I paused the film, to fully appreciate the exquisite attention to detail. 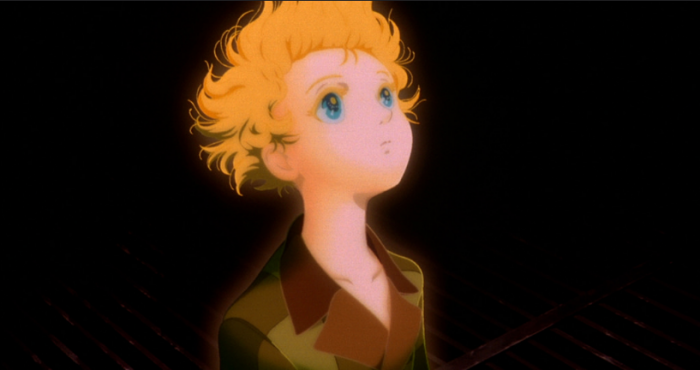 The Metropolis of the title is a megacity where humans co-exist with robots although there is friction between them, many unemployed humans blaming their plight on the robots for ‘stealing’ their jobs although others judge that they are necessary for the economy.

The city is unofficially run by Duke Red (Tarô Ishida), a megalomaniac keen on world domination, who has commissioned a technologically advanced robot, Tima (Yuka Imoto), designed as a doppelganger for his dead daughter who was also named Tima.

Red’s adopted son and righthand man Rock (Koki Okada), despises robots and is jealous of Tima and he sets out to destroy her, justifying his actions by claiming to want to save his father from ‘the evil of machines’.

A private investigator from Tokyo, Shunsaku Ban (Kōsei Tomita), arrives in Metropolis with his nephew Kenichi (Kei Kobayashi), on a mission to arrest corrupt scientist Dr Laughton, the man who created Tima. To guide the pair through the city, the Metropolis Police loan them a robot detective, who wears a noirish fedora and trenchcoat.

Rock happily murders the scientist and sets fire to his laboratory. As it burns, Kenichi attempts to save Tima from the flames and they both fall into a subterranean level of Metropolis. Neither are aware she is a robot – and it quickly becomes apparent that Ridley Scott’s Blade Runner is almost as big an influence here as the two primary sources.

The pair become friends and then seemingly begin to fall in love while being relentlessly hunted by Rock.

If he succeeds in this task, then the repercussions could potentially alter the course of history in Metropolis and across the entire planet.

The exposition heavy plot of the movie and characterisations aren’t quite as impressive as its visual delights albeit they do maintain interest throughout and though the unconventional score by Toshiyuki Honda – which I could only describe in places as techno-Dixieland – complements the retro-futurist animation on display, the use of the Ray Charles song ‘I Can’t Stop Loving You’ during the climax of the film was too ‘on the button’ for my tastes and also almost overwhelmed the on-screen action.

Calling the movie ‘the new milestone in anime,’ James Cameron noted: ‘It has beauty, power, mystery, and above all heart. Images from this film will stay with you forever.’

Certainly I would imagine that last sentence will prove accurate in my experience. I’m far from an expert in anime but this film made me want to seek out many more examples of the genre and after seeing the movie it’s easy to see why Osamu Tezuka earned the tag ‘the Godfather of Manga’ and was considered by many as the Japanese equivalent of Walt Disney.

Eureka Entertainment presents Metropolis for the first time on Blu-ray in the UK. Extras include optional English subtitles, The Making of Osamu Tezuka’s Metropolis – a fascinating documentary on the film’s production – and interviews.