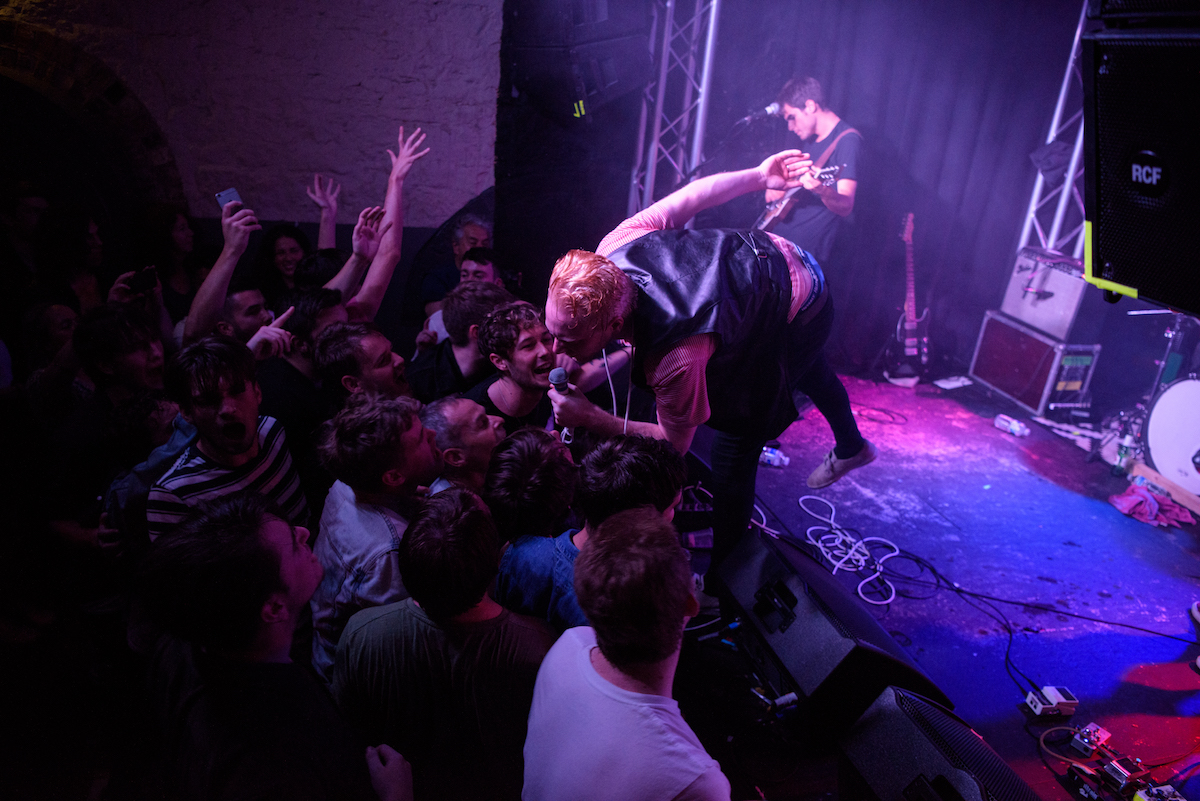 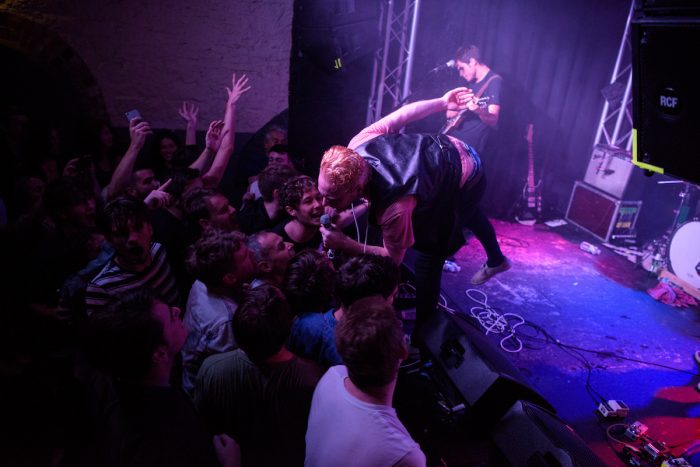 A riotous set from The Orwells as they tear the roof of the Cluny on their first trip to Newcastle!

Following the release of their latest album Terrible Human Beings, The Orwells have taken to the road in support of this brilliant garage punk record. The band are known for their incendiary shows, so hopes are immediately high for their first trip to Newcastle. Falling on a balmy bank holiday evening, spirits are undoubtedly high before the band have even gotten anywhere near the stage.

Local band Them Things providing ample support tonight with their equally bruising garage rock, played through a haze of smoke. Their heavy drums pound throughout, they succeed in riling up an already excited crowd in preparation for The Orwells, who burst on to the stage in equally enthusiastic fashion. Singer Mario in particularly good form as he struts around the front of the stage causing an early frenzy in the front rows.

With the likes of Black Francis and Dirty Sheets being particular early highlights The Orwells are off to a flying start. Mario’s striking presence quickly becomes the star attraction, for some reason the crowd see it fit to indulge the band with football chants for no apparent reason. That doesn’t seem to phase the band as its more bemusing than anything else. They continue to plough through an exceptional set focused almost solely on their last two records.

The likes of Buddy and Let It Burn spark particularly intense reactions in the middle of the set, but the band seem to wind up to a huge close with a rousing rendition of Double Feature. That sees Mario leave the stage part way through the song whilst the rest of the band continue. A somewhat bizarre ending to an otherwise incredible show. For their first time in Newcastle The Orwells brought the party with them and tonight they were truly on fire. Let’s hope they return soon!