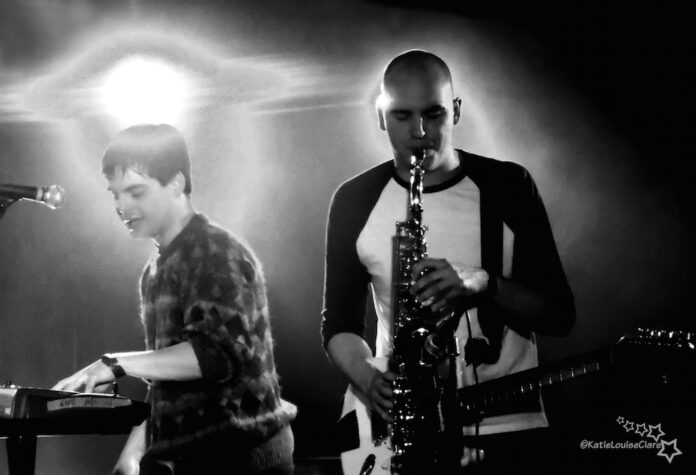 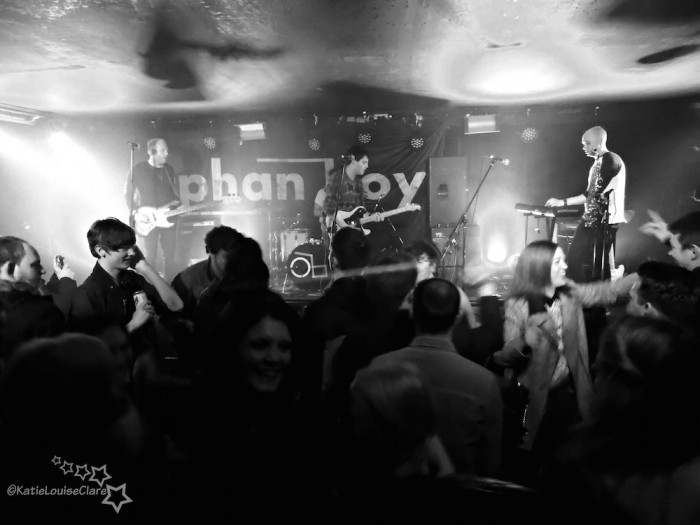 Katie Clare’s been checking out a few bands in Manchester, Orphan Boy, The Tapestry and No Hot Ashes. Her words, and photos, follow. 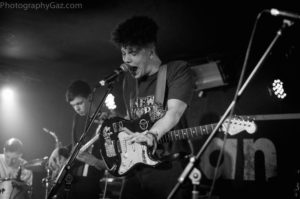 The fact that there is more than a substantial crowd already on the dancefloor for the opening band is testament to the strength of No Hot Ashes’ (photo, right, © Gaz Haywood) performance and growing fan base. From the start you can see why they are so attractive a proposition: Producing fresh yet accessible funky indie rock, triumphant peppy lyrics and the enthusiastic physicality of lead singer Issac makes for a very enjoyable show. The band as a whole are a strong unit: the forceful drums and bass provided by Matt and Jack deliver a really solid rhythmic foundation while guitarist Luigi (along with Issac) serve up some significantly danceable riffs. There is so much more to come from No Hot Ashes and going on what they are creating right now it is certain to be something very special.

The Tapestry continue to shower everyone lucky enough to see then live with their glam infused dynamic, energetic, rhythmically precise musical bolts of awesomeness. The band have a gentle swagger that they subtly cracking up the energy before breaking into explosive, march heavy and rhythmically charged anthemic slabs of music pleasure. Like the opening act their set is shorter that you want and you are certainly left energised, beaming and unable to stop your feet tapping and head bobbing – simply put they are quite exceptional. 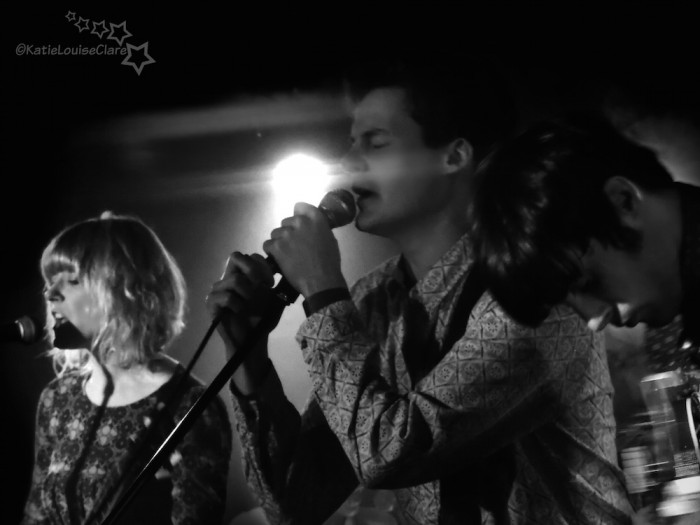 Orphan Boy have been together creating music and playing live for some time, had I been in the UK the last decade, this hardworking solid British rock band would have been witnessed way back. As it is I am stood, surrounded by genuine long term fans, for my first taster and the sense of anticipation is actually quite tense the dimming of the main lights the blue backlights made eerily vivid as the dry ice wafts past them in little clouds. It’s actually quite a relief when the band cheerfully stroll on stage and throw beach balls at the audience (I am taking a guess this is a nod their seaside home town of Cleethorpes) the crowd clear expecting are unsurprised, unfazed and happily bounce them back and forth. 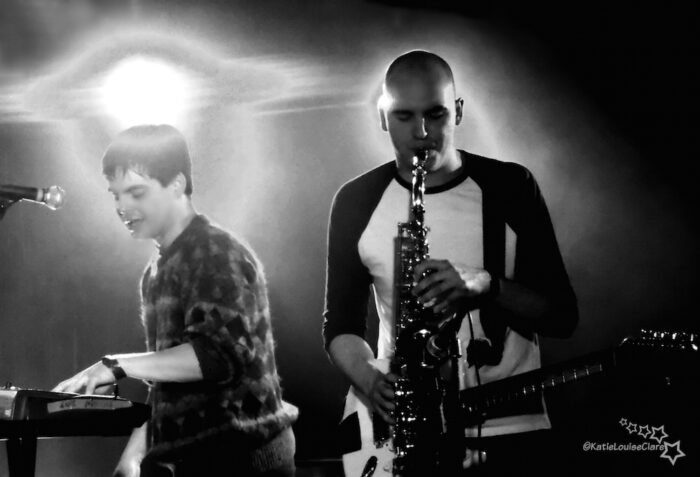 Back in 2011 Orphan Boy, in their own words, “imploded”, something that led to their splitting up. However, a year later they made a welcome return and have since been playing regularly, albeit mostly in the North. They have clearly made a strong impression on their fans, who tonight are barely contained balls of excitement bouncing about, arms around each other, cups and cans in the air; the passion for creating music and playing live seeping from the band on stage and fuelling the friendly excitement on the dancefloor. The band played a wide range of their back catalogue; the range and production of which was sharper, more layered and much broader than I was expecting from a classic rock band while still retaining plenty of dramatic raw energy. The band are releasing a new single Beats Like Distant Tides at the end of March and have an April full of gigs so all things Orphan Boy look bright for the future.

No Hot Ashes will be appearing at Kendal Calling this year for further gigs as they have announced head to their Facebook page, they also tweet as @_NoHotAshes.

The Tapestry 2015 tour continues as such:

For further information and insight head over to The Tapestry’s new Facebook page or they tweet as @the_tapestry.

Orphan Boy release their new single Beats Like Distant Tides (Concrete Records) on March 23rd 2015 via iTunes and you can catch them live on the following dates: