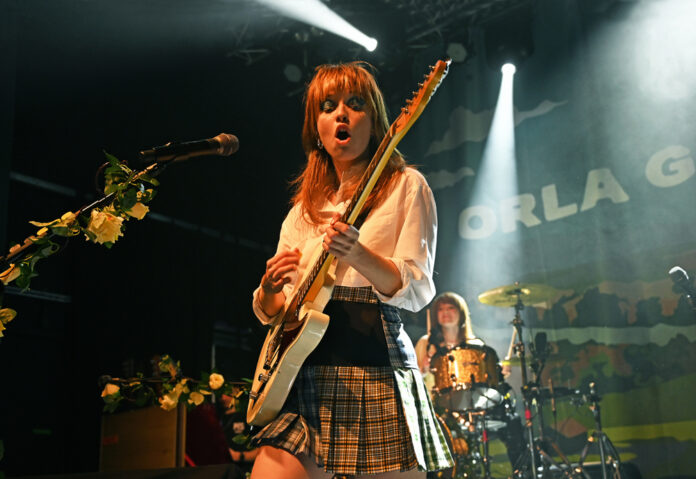 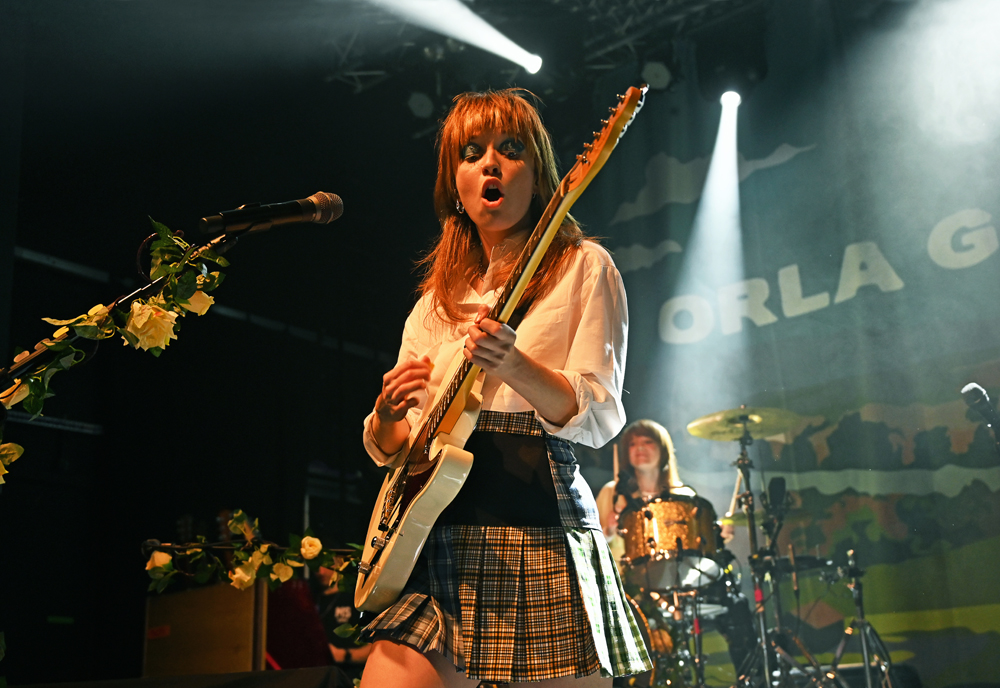 Irish singer Orla Gartland has been releasing music for almost a decade, mostly via the internet. It’s perhaps fitting therefore that her first album, released in August, should be titled Woman On The Internet. Manchester is the third stop on her tour to promote the album.

Arriving shortly before the venue doors open at 7.30pm I’m struck by a huge queue that’s snaking it’s way around the building; clearly there are hundreds keen to claim their places at the front of the audience.

First act of the night is Greta Isaac and it’s immediately clear why so many have been queuing outside. From the outset, many in the crowd are singing along and by the fourth song the audience is a mass of torchlit phones and swaying arms. She’s clearly got a significant fan base of her own. Performing as a duo, accompanied by guitar, her set veers between sensitive songwriting and grunge like rawness with some forthright lyrics. Highlights for me were F U and new song, 5’1. Needness to say, she received a great reception.

Liverpudlians Clean Cut Kid who follow, have been around for a few years playing their brand of tasteful melodic pop. Tonight they’re appearing as a stripped down duo; just guitar, keyboards and vocals, and for me some of their material works better with these more sparse arrangements. They’re thoroughly enjoyable, with We Used To Be In Love standing out. Unlike Greta Isaac, they’re clearly an unknown quantity to many of those present, but by the end of their set the audience is won over, contributing some great call-and-response singing to their closing number, Emily.

I’ve heard Orla Gartland described as a cult artist although I’m not sure that still holds true as her popularity has grown but the audience tonight is predominantly of a type. The majority are female, most in their twenties and late teens. What isn’t in doubt is their enthusiasm and familiarity with her material.

She opens with Pretending, the first of numerous tracks from her new album. It’s guitar-driven but with a surprisingly full sound for a trio, filled out by keyboard programming. Lyrically, it’s the first of many songs to convey themes of introspection and self doubt and sees the first reference to the ubiquitous woman on the internet in the album title. Things That I’ve Learned follows; initially slow in pace and driven by bassline beats, the guitar builds almost grunge-like to the infectious chorus. It gets a great response; the crowd are in full voice, sounding as though they’re all fully conversant with the lyrics.

After an older song, Oh God, we’re treated to Codependency; lively, catchy and guitar-driven. From here it’s onto You’re Not Special, Babe, which may deal with doubts over self image and the emotional rollercoaster of a relationship but sonically its changes in pace and bouncy, catchy chorus are really infectious; it’s not surprising that it’s been chosen as a single. 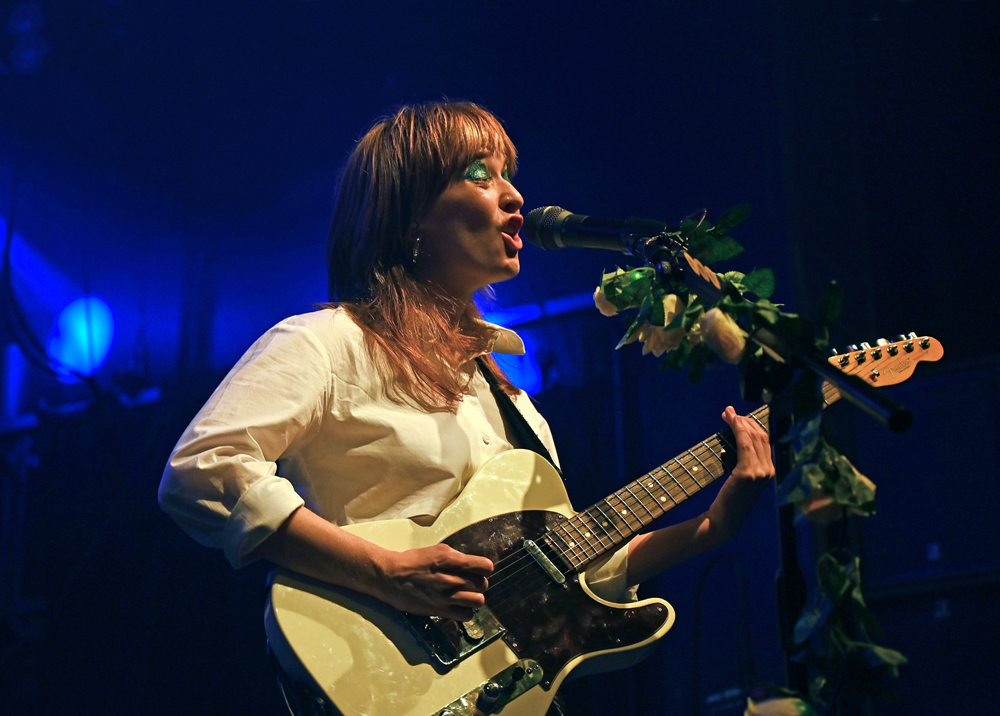 By now the crowd are on a high, but like any good performer Orla knows that a successful performance needs variety of pace, so it’s time to slow things down and sit at the keyboards for old favourite Heavy. Back on her feet, Madison, an album highlight, comes next. Initially based upon a simple guitar riff, this self confessional tale of unrequited love builds slowly and, although it never seems to burst fully to life, it has such a great melody that it doesn’t need the fullness of production that pervades many of her current songs. It’s without doubt one of  tonight’s highlights.

After a couple of older songs, Over Your Head brings a return to more recognisable material. It’s upbeat indie rock driven by guitar power chords and soaring, passionate vocals; really bringing the crowd back to life.  Bloodline/Difficult Things follows soon after, and proves another highlight. Beginning with faintly menacing bass and electronic beats, it gradually builds pace, adding an aggressive guitar riff before seguing into Difficult Things which sees the crowd singing the chorus in unison. With everyone now in singing mode she closes with Flatline; its downbeat lyrical content at odds with an upbeat sound and chorus. People need little encouragement to heed Orla’s requests to “jump.” It’s a great way to finish. 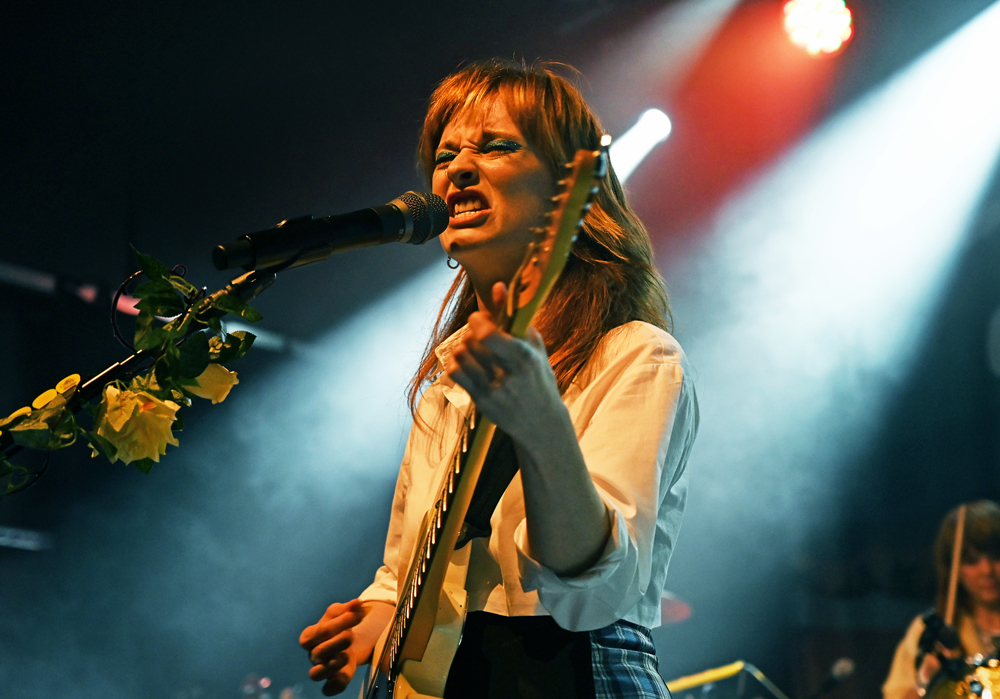 Pausing only briefly, Orla returns to begin Left Behind sitting alone at her keyboards. It’s a slow mournful start for an encore which sees her revisiting the recurring theme of insecurity in her songs. As the band return, this theme continues with More Like You, more upbeat but bringing us full circle lyrically as it again references Woman On The Internet with its tale the negative impact of role models on self-esteem. Closing number Zombie is the perfect way to end. Beginning with the almost frenzied chant of “When all your body’s burning up”, it’s reminiscent of Big Yellow Taxi-era Joni Mitchell backed by a rock band. It’s high tempo, highly infectious and sees the exultant audience singing, dancing and demanding more.

Orla Gartland may have begun her career as a woman on the internet with a cult following, but on the basis of this gig Ms Gartland’s undoubtedly made the transition from web to live audience. The cult of Orla only looks likely grow.