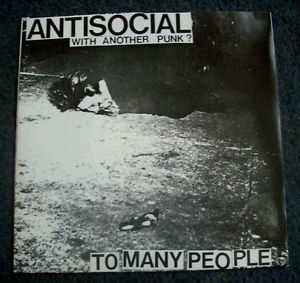 Late 70’s Blackpool punks Antisocial have reformed and have been confirmed to appear at the Rebellion Festival 2014 – a home town gig for Antisocial!

The bands entire recorded output was released in 1996 via Captain Oi! Records as the compilation “Battle Scarred Skinheads” BUY the CD now.

Antisocial have been confirmed to appear at Rebellion on the opening day – Thursday 7th August 2014;

The festival hosts over 240 bands, though it is worth noting that the Thursday with Goldblade, Deadline, Penny Rimbaud & Eve Libertine, Selecter, Street Dogs, Evil Blizzard and Super Fast Girlie Show is shaping up to be the strongest opening day for many a year.

Louder Than War are Official Rebellion Festival ticket sellers – we have a full range of tickets – individual Day to Full Weekend; buy before 1st May and beat the final price hike – Head to the Louder Than War Shop.