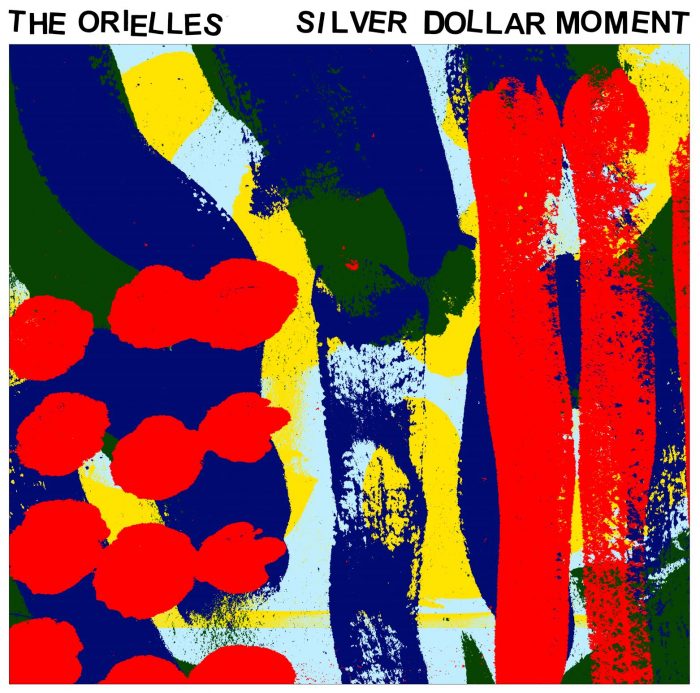 A Silver Dollar Moment, in The Orielles’ own terms, is one of those moments in life when everything unexpectedly comes together and just feels right. This album feels right, albeit in a splendidly enigmatic, frequently intangible manner. As a debut, it shows the band to be three wise cultural connoisseurs, ready to engage the heart and the head in equal measure.

What you can say for definite is that the members of this Halifax-based trio have spent their relatively few years on Planet Pop gathering an impressive and eclectic range of influences. This album shape-shifts consistently, never easy to pigeonhole. Always up for a challenge, though, I shall try to shoehorn it into a C86 slot, plus elements of Tallulah-Gosh-meets-Chapterhouse, then with a touch of Sonic Youth thrown in.

The above definition is about as fitting as trying to get your less-generous jeans on after Christmas and New Year. You can probably get away with it, but it’s a bit of an awkward, unflattering squeeze. The opening pair of tracks, Mango and Old Stuff New Stuff, feel like Northside vs Belly. The Sound Of Liminal Spaces is jazzy and Pink Floydy. 48 Percent and Blue Suitcase (Disco Wrist) are funky, the latter dominated by Nile-Rogersy guitars. You get plenty of cowbell for your dollar too.

They have their moments that would make Lush fans yearn for yet another reformation, like on Henry’s Pocket or on Borrachero Tree. The biggest tracks, I Only Bought It For The Bottle and Let Your Dog Tooth Grow ought to give people of a certain age late 80s/early 90s chills, back in those halcyon days when ‘Tony’ meant Wilson and ‘Blair’ meant Lionel, and a young Boris Johnson was busy getting the sack from The Times for falsifying a quotation. The latter of those two stand-out tracks takes its inspiration from the 2009 Yorgos Lanthimos film, Dogtooth. You can hardly accuse The Orielles of pandering to any populist leanings.

Esmé Dee Hand Halford, Sidonie B Hand Halford and Henry Carlyle Wade have the potential (individually and collectively) that each of their names does when entered into an anagram generator. The possibilities are huge and exciting. Expect 2018 to be prodigious for The Orielles if this release is anything to go by.

Watch the video to Let Your Dog Tooth Grow here: