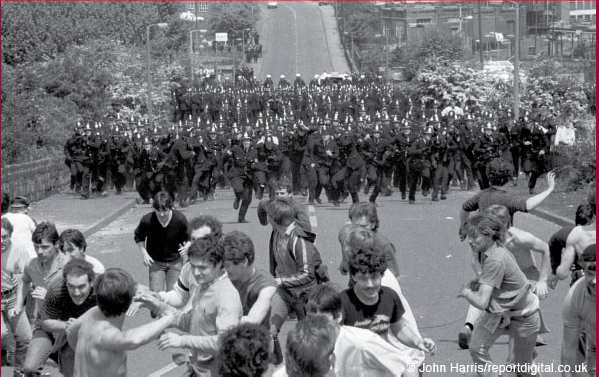 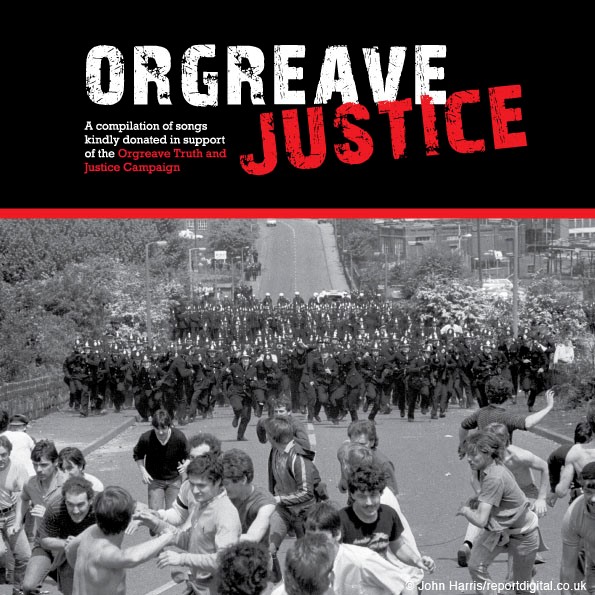 Paul Heaton, Sleaford Mods, TV Smith and Billy Bragg on brilliant compilation to commemorate the 30th anniversary of the end of the Miner’s Strike.

Unbelievable as it may seem, March will mark the 30th Anniversary of the return to work by striking miners who had remained out in protest against the closure of pits for 12 months. Some of the most striking images of this bitter episode took place during the ‘Battle of Orgreave’ in the summer of 1984 and it is one of those iconic images, by photographer John Harris, that feature on the cover of this essential CD.

Tony Wright of Barnsley band The Hurriers has put together an amazing collection here that is surely one of the most important political protest albums of recent times. Featuring songs and spoken word tracks, the album is a who’s who of political dissent with tracks also contributed by New Model Army, Louise Distras, Chumbawumba, Attila The Stockbroker, The Hurriers and many more. For full track listing below and on the Orgreave Truth and Justice Campaign community Facebook page, where you can also find out more about the Orgreave Truth and Justice Campaign.

Buy it here – with or without a T-shirt!