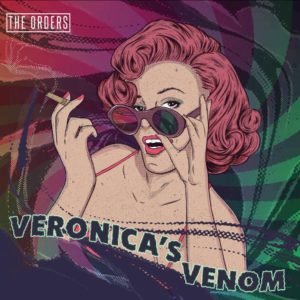 …a pop-psych La’s from the Isle of Wight. Ged Babey gets his Orders

This didn’t come from a PR company, an agent, a nice grovelling email from the band…. I just happened to see it in my timeline.

The Orders are great. Fab. Gear. This single sounds a bit like the La’s.  The singer has a nice, distinctive voice, verging on the effeminate, but cool.

They all need a decent haircut but the tune is catchy. (So is herpes) I love it, and so should you.

I have actually seen the Orders a year or so back at a Hedge End Social Club playing a mates birthday. They were only about 16 then, so are possibly only just reaching 18 now. so as you can imagine have masses of potential, to put it objectively.  They go from light Sixties pop-whimsy to full-on psychedelic wig-out with a teenage enthusiasm and mature professionalism. (They reminded me of the great Five Thirty when I saw them)   To my mind, they’re better already than nine out of ten indie-guitar, might-go-far buzz-bands with more PR budget than talent.

In their own words the band are;

Have a listen and check out their social media. That’s an ‘Order’!

Next Live Date is at

Club Psychedelia, The Joiners, Southampton on Sat 28th Jan  ( first support so get there early) with the Strawberries and Band of Skulls(DJ set)