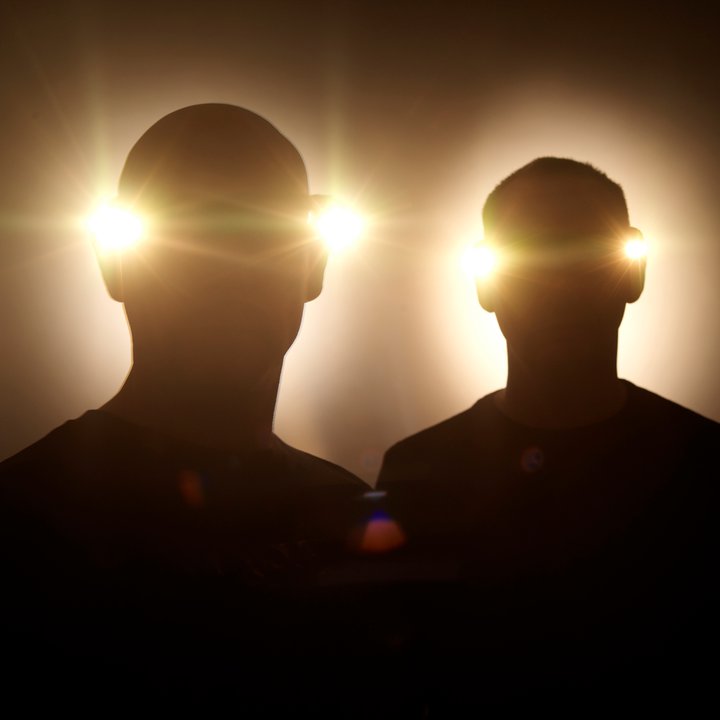 Orbital are one of a few select bands that can truly say they put their mark on dance music. Forming in 1989, the bespectacled torch wearing brothers Phil and Paul Hartnoll have gone on to create some of dance music’s most iconic tracks.

Having broken up as an act, reformed and repeated the cycle, Orbital are working on new music and put together an incendiary live show in Manchester.

Throughout a blistering 100 minute set, the Hartnoll’s dropped a smattering of new tracks including their latest single, Copenhagen. As you would expect, the standard of music and production was second to none on the new cuts. One of the new songs aired contained plenty of Orbital trademarks alongside a downbeat tempo that was still highly danceable.

New songs are all well and good, and they were received well; however there is always the question when you have a band with as much in their arsenal as Orbital do of how do you pick a setlist? Well…you go for the jugular.

Opening with a one-two punch from the widely referred to as Brown Album in the form of Lush 3 and Impact (The World Is Burning), the Hartnoll’s emerged to what looked like a flight deck for a techno spaceship. Flanked by a galley of screens, frenetic lights and hypnotic lasers, Orbital shook the foundations of the grandiose Manchester Apollo with an opening that was a pure assault on the senses. The acid house sounds backed with pounding beats set the tone for the whole evening. This was a sound that Madchester was built on; thirty-something years later, those that were at the Hacienda got the chance to relive their younger years in grand fashion.

Ever since their first appearance on Top Of The Pops wearing anti-Poll Tax t-shirts, Orbital have never been afraid of political statements. At the height of the rave culture in the late eighties, Chime became a huge anthem. It has stood the test of time alongside many other classic dance tracks. Chime was obviously a highlight of Orbital’s set in Manchester – along with Belfast and Halycon; all of these tracks are dance classics and recall a redefining era of electronic music that gave way to such huge acts like The Prodigy, Underworld and Chemical Brothers. Belfast acts as great big musical hug; the lush harmonies and comedown style of the angelic vocal refrain saw, not for the first time, swathes of people bathed in white light with huge smiles across their faces.

A great part of this amazing night in Manchester was the inclusion of the Kraftwerk worshipping Forever from 1994’s Snivilisation (an album which saw early contributions from Alison Goldfrapp). There were the usual nods to 1996’s In Sides album with the industrial intensity of The Box Pt. 1 and the sheer musical hypnotism of The Girl With The Sun In Her Head. Again, the crowd lapped up every beat, glitch and note as more and more arms were raised and thrown around friends in exultation (the Hartnolls included). This was particularly evident in a Father and child who danced relentlessly for the entire duration of the set in the balcony. The child must have been no more than ten years old and they were following every movement their dad was making. It was a joy to behold and a stark reminder of the unity music can create; especially in today’s fractious world.

With nearly every song a highlight it’s hard to really laud one thing above another; however the Lady Leshurr featuring Wonky was intensely euphoric. Both the brothers had their arms entwined across their electronic workshop like a spider’s web as they perfectly executed the wonky beats. The most intense highlight of the evening came from mid-90’s single, Satan. Harking back to the social voice the band has, the visuals, lights and message during the track were extreme. Satan has a very distinct intro sample talking of regret. As the track opened, the visuals spewed images of terror – however these weren’t the standard images of destruction. The subtle spinning guns, raining money and subliminal word messages showed terror on so many levels. Add this to the relentless onslaught of the music and you have one of the strongest music/message combinations you will ever see.

The night was rounded off with Where Is It Going, and the entire Apollo (save a few people filming the gig) on their feet. This was techno of the highest order. Pounding beats, sinister glitches and pummelling synths meant the crowd were left more than satisfied on their Friday night in Manchester.

Orbital are a band for the ages. They sit atop the dance tree with several other visionaries. New material is clearly forthcoming; the musical world is much better off for Orbital being around. It was compelte euphoria in Manchester; the messages were frightening, the visuals were frenzied but the music brought everyone together in complete triumph.