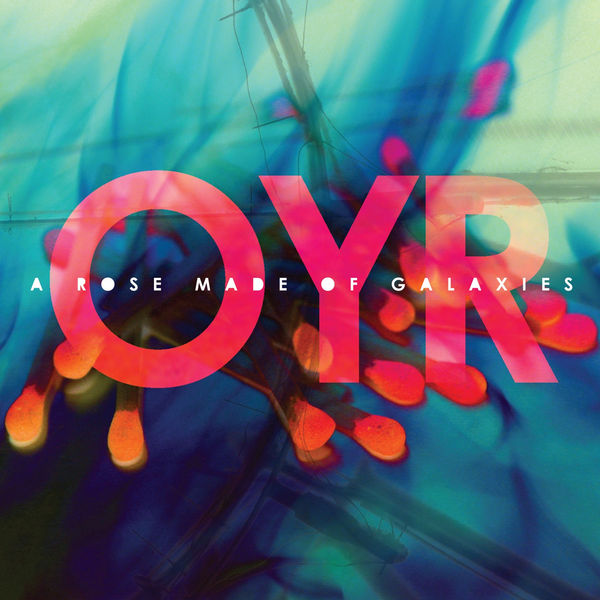 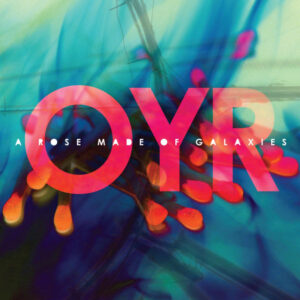 Orange Yellow Red – A Rose Made Of Galaxies

Orange Yellow Red take their name from a similarly-titled painting by Mark Rothko. Like the feeling of experiencing one of Rothko’s Colourfield canvases, listening to OYR is a very immersive experience. From the onset, the combination of shimmering and chiming guitars comprise the Soundfield on which most of this album is constructed. They wash over and draw you into the sound. When the vocals of Emma Harward arrive, sounding full of youthful, innocent naivety (yet always the right side of cloying) the lyrics also pretty much lay down the themes which populate the songs throughout.

“Drift”, “float”, “sky”, “night” and the aforementioned “shimmering” are some of the adjectives/metaphors employed – in lieu of a lyrics sheet or inlay card I had to take in the words the old-fashioned way… by listening closely. In the best tradition of bands such as The Cocteau Twins and Slowdive, relevant OYR reference points, this is not the easiest task although, and stylistically this doesn’t do them any harm. It certainly never hurt REM in their early days.

Other presumable influences The Cure (very clearly) and early All About Eve show that what is lacking here are a few less well-mined images and themes as sometimes I found myself almost crying out for more attention-grabbing lyrical twists, or unpredictable rhyming couplets to lodge in the brain and draw you back to the surface at least a little. Even I just fell victim to the slightly anodyne and worn out sea, tides etc references which dominate here. Even the album title, “A Rose Made of Galaxies” draws on a stunning picture taken by the Hubble telescope, in which the visible phenomenon was caused by a gravitational effect described as “tidal”.

This is a relatively minor criticism as this really IS a beautiful album and a solid building block for this band’s future. There is a real payoff too, towards the end of the second track, “All The Hopes”, when multi-instrumentalist Philip John Mayor takes over the lead vocals. This continues through the verses of “The Sea”, the third song, with Ms. Haywood resuming duties in the choruses creating a pleasing interplay between the two which could really be exploited and explored further and help set OYR apart from their peers, past and present.

Absolutely worth mentioning is how cohesive this band sound, especially as they are a 3-piece, with Emma also contributing bass and Ross King (not the chap who used to present Pebble Mill) on guitars, obviously laid down the basic tracks together before working on building the textures of their sound. The keyboards are subtly and effectively used, recalling a less overpowering sound than used by The Cure heavily on certain parts of “Disintegration” and there are some very nice rhythmic ideas and moments which usefully interrupt the – otherwise – steady flow and reignites the listener’s focus. The ethereal choral-like backing vocals are absolutely on point and serve to enhance the dream-like qualities of the multi-layering.

Another useful counterpoint is the Casio-esque ‘drum’ beat intro to “A Long Goodbye” which adds a much-needed few touches of intimacy to a sound that sometimes reminded me of some enjoyable but poorly-attended gigs in echoey leisure centre sports halls. The levels of reverb on this album can feel all-consuming and can simultaneously draw you in yet still create an icy distance. Emma’s purity of vocal tone would be so-suited to some sonic delicacy to contrast the grandiose, widespread landscapes of OYR’s currently-defining palette.

Some of the guitar-work is pure Robert Smith and towards the latter part of the CD the songs begin to sound a bit ‘too nice’ and just washed over me without really mentally transporting me anywhere. Some of the lyrical limitations are purely frustrating when lines such as “I love you, Don’t you know that it’s true, I love you, Don’t know how I’ll get through” and the cliché of heart/start-style rhymes jars uncomfortably where there is so much space for ear-grabbing wordplay. Or if you were listening to 2nd chorus: “I love you, It’s the best I can do. I love you. Can’t you see that it’s true? I’d move the ocean for you.”  Yes, a lot of sea references possibly due to to the studio being 5 metres away from the English Channel – washing it away probably

Personally, I would have liked to hear more surprises…a bit of abrasive guitar, some slight-discordance or unexpectedness in chord sequences or song structure (although the development heard in bonus track “Of Yesterday” certainly hints at this) or a little more intimacy or dynamic shift to engage my ear and some added lyrical inventiveness.

Hey… If I am seeming over-critical it’s because I like this band and they are definitely well-equipped for their task and have a great sense of their ‘Mission statement’ (pun intended, but I have successfully avoided using the dreaded “G”-word!). As Rothko said “If a thing is worth doing once, it is worth doing over and over again”. It would be good to see Orange Yellow Red develop, hone and grow…if that is a by-product of some repetition then so be it. I look forward to their next offering.

Find OYR on Facebook here. Or buy the album here.