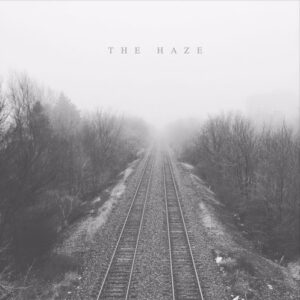 Orange Soul are Henry and John Tydeman. They are a Brighton-based duo and, despite their youth, the brothers have developed an intriguing, mature sound, which blends 1970s soulfulness with vocal harmonies. Their self-titled debut EP (Jan ’17) received warm praise from critics also received support from BBC Introducing.

Their new single The Haze was conceived and written about John’s experience going in and out of hospital whilst undergoing a gruelling tonsillectomy!

From the opening bars of this track, you already know you are onto something grand and opulent from this seemingly unassuming duo. There is a big bombastic orchestral sound that starts the tune and even when the temp changes for the first verse, you are longing for that to come back into play.

The slower tempo of the verse is gorgeously sung and the underlying guitar line works brilliantly with the sparse piano arrangement. Soon the chorus comes in and the big euphoric sound from the intro engulfs both the listener and the track and with the vocal refrain of “I done time in this prison of you”, the effect is powerful. It’s go a really great Coldplay slash Starsailor vibe that i whole heartedly approve of.

There is a gentle interlude before the massive chorus erupts once more to finish off the track. With the refrain of “I can’t wait to tell you more” the track has a positive feel that can’t help outing a smile on this miserable buggers chops.

It’s simple and beautiful stuff, but for a duo to create this sound is quite the feat. The Haze is a great pop song and i can’t wait to hear what more Orange Soul have to offer.

Orange Soul can be found on their Facebook and Soundcloud