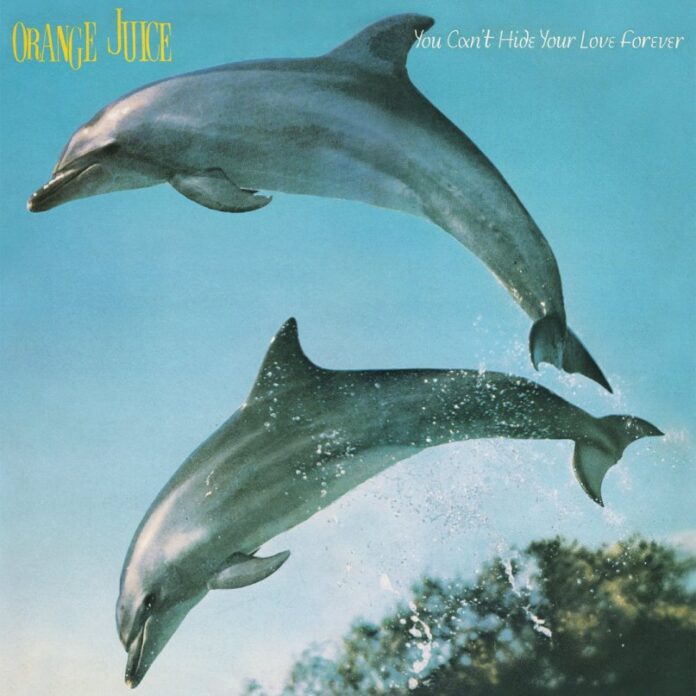 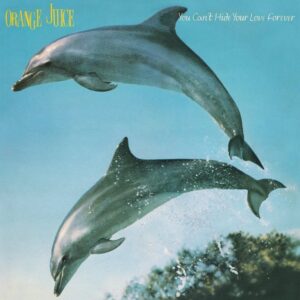 On 3 February 2014 Domino reissued all four albums from Orange Juice, Glasgow’s finest purveyors of the Sound of Young Scotland. Led by Edwyn Collins, they blazed a trail of self-reliance and literate pop writing. Louder Than War’s Fergal Kinney casts his mind back to a pre-internet time when music seemed so much simpler.

“Poofs! Poofs! Poofs!” It’s 1980, and a hardened Glasgow audience are making vocal their disapproval and bewilderment at the band on the stage in front of them – Orange Juice.

Punk had come late to Scotland; indeed another such early Orange Juice gig was cut short by a drape coated Teddy boy invading the stage to demand Showaddywaddy songs. To the punk fans in the audience, Orange Juice’s disco sensibilities and the self-effacing mock croon of singer Edwyn Collins sounded far too close to everything punk had promised to destroy, whilst those who had never even been converted to punk simply found Orange Juice utterly unpalatable. It’s easy to understand how Orange Juice managed to unite audiences in contempt; quite apart from how they sounded (early Orange Juice gigs would begin with the chant from the chorus of Chic’s hit ‘Dance Dance Dance (Yowsah Yowsah Yowsah)’), Orange Juice’s uniform of Davy Crockett hats, Boy Scout shorts and charity shop tweed was further removed from punk’s guerrilla machismo than was sane to test on Scottish streets. In time, the jumble sale self-deprecation of Orange Juice’s appearance, as well as their sexless androgyny, would become the default setting for British indie music, but their vision at the time was only beginning to be understood.

Alan Horne, a nineteen-year old botany student with Malcolm McLaren aspirations, was struck not only by the breadth and dexterity of Orange Juice’s reference points, but also by Edwyn Collins’ unique ear for an infectious pop melody. Horne immediately set up Postcard Records with co-funding from Collins and bassist David McClymont, and in April 1980 the single ‘Falling and Laughing’ was released (listen above). ‘Falling and Laughing’ began a stream of unfathomably perfect singles across 1980 and 1981, giving Orange Juice nationwide indie success and a music press that almost took for granted that Orange Juice would become massive.

A debut album for Postcard Records would be recorded (‘Ostrich Churchyard’) and then scrapped, and by the time Orange Juice finally released their debut ‘You Can’t Hide Your Love Forever’ on Polydor in 1982, the indie world was already moving on, Orange Juice’s sound had moved on, and the momentum they had been gaining since 1980 would be fatally doused.

Whilst the most loved album in Orange Juice’s back catalogue, ‘You Can’t Hide Your Love Forever’ is equally their most contested. For many, the album failed to live up to the expectations of the early Postcard singles, and amidst accusations of selling out by signing to a major label there were criticisms of the glossier elements of the album’s production. There’s more than a little projection about the criticisms of Orange Juice for signing with a major label; far from having turned their back on Postcard and Alan Horne, the band were singing from Horne’s hymn sheet, Horne having declared in 1980 that “the widest possible market” was the priority for Orange Juice’s music, lambasting the “hippy attitude” of the independents for not realising that “the charts are there, that’s where you need to be”.

In reality, few British debut albums stand alongside ‘You Can’t Hide Your Love Forever’, not least in terms of how different it sounds to anything else at the time and how much it would influence what would follow. Edwyn Collins sang like a tipsy Bryan Ferry impersonator and stuffed his songs with a lexicon including ‘audacious’, ‘discreetly’ and ‘ludicrous’ that would previously sound unthinkable within the constraints of British guitar music. And though James Kirk often sounded like a teenager in his bedroom fumbling a Byrds riff whilst knocking over furniture with his guitar, ‘You Can’t Hide Your Love Forever’ reaches heights of glistening sonic euphoria that surpass anything Orange Juice did before or after. Collins was infusing punk with the music he heard growing up at youth club discos – Northern soul, ‘60s girl groups, Trojan reggae hits and disco – and it would be this spirit of eclecticism that, whilst defining Orange Juice, would be somewhat lost on many (more commercially successful) Orange Juice imitators over the ensuing years.

It was the year that ‘You Can’t Hide Your Love Forever’ was released that a young Johnny Marr would knock on the Stretford door of one Steven Morrissey, and the Smiths would go onto claim the success that many had assumed for Orange Juice with a not dissimilar guitar sensibility or approach to lyricism. Scores of Postcard Records impersonators would spring up across the UK in the wake of Orange Juice’s success, and Leeds’ answer in the form of Reception Records would spawn the Wedding Present, who took Orange Juice’s double-speed guitars and added distortion, machine gun drums and latterly a grunge influence. The Wedding Present repaid their debt early on through a storming cover of ‘Felicity’ from ‘You Can’t Hide Your Love Forever’ and would wear their Orange Juice influence on their sleeve.

By the release of ‘You Can’t Hide Your Love Forever’, Collins had culled head-in-the-clouds guitarist James Kirk and drummer Stephen Daly from the line up, Kirk having been responsible for three of ‘You Can’t Hide Your Love Forever’s most intoxicating moments (‘Wan Light’, ‘Three Cheers for Our Side’ and ‘Felicity). Luckily for Collins and his new line-up, a bona fide hit single would follow the next year in the form of ‘Rip It Up’, but the album of the same name was too inconsistent and unsure of itself to capitalise on the single’s top 10 success.

Though 1984 saw Orange Juice release an EP and what would be their final album, both a significant step up in terms of production, consistency and Collins’ vision for the band, they would disband the following year. Collins’ talent has endured the split of Orange Juice and he found another ‘Rip It Up’ on a global scale with 1994 hit ‘A Girl Like You’, whilst his last two solo records written in recovery from a stroke that would leave him having to learn how to speak, read and walk again are up there with Orange Juice’s best. But it’s ‘You Can’t Hide Your Love Forever’ that lasts as the blueprint for British indie music, and proved as much of an influence in the decades that followed as it did in its own time, and stands as one of the truly great British debut records.

‘You Can’t Hide Your Love Forever’, along with ‘Rip It Up, ‘Texas Fever’ and ‘The Orange Juice’ are out now on Domino Records, re-issued for the first time in twenty years and digitally remastered with original artwork.