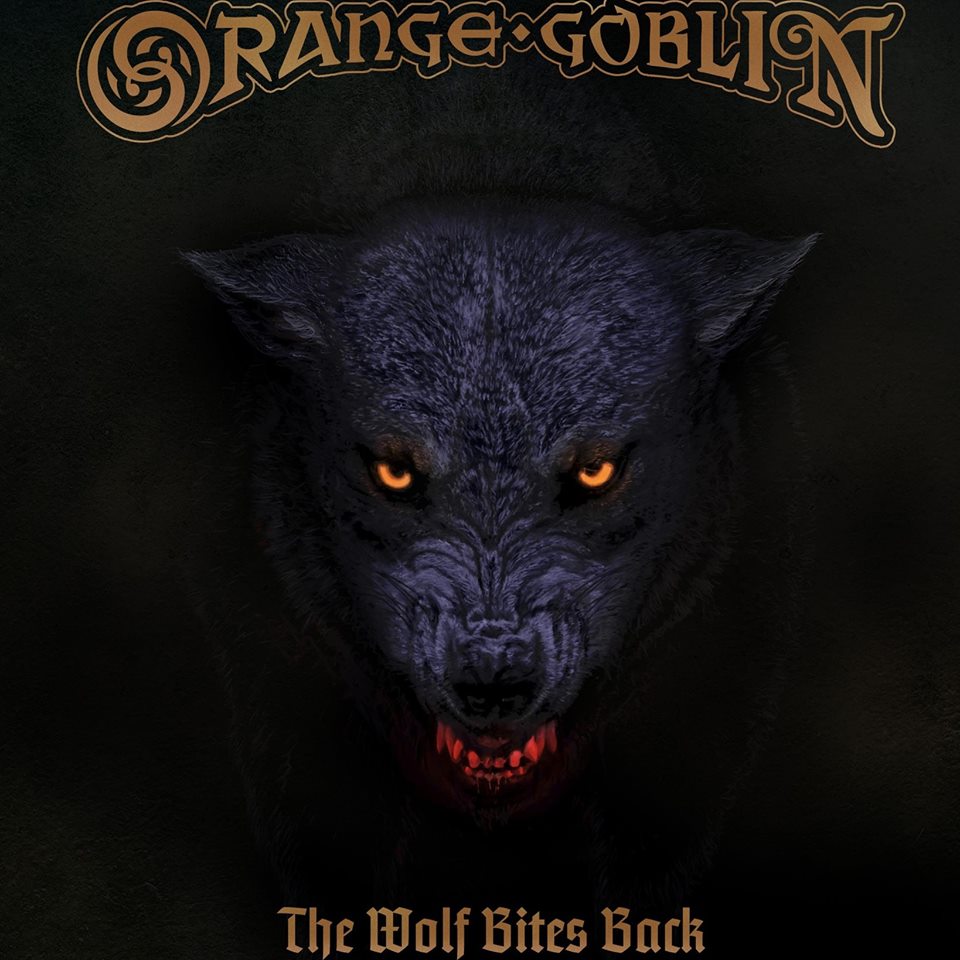 The Wolf Bites Back

Brit rockers return with their 9th LP fully loaded of head banging, horror influenced, riff laden songs for you to sink your teeth into.

Orange Goblin are somewhat of a national treasure of a band in the metal community. Their live shows are always full of energy, but on top of that they are quite simply one of the best bands the UK has to offer. Having been putting music out for around 20 years, Orange Goblin continues to deliver the goods. Recorded at Orgone Studios with producer Jaime Gomez Arellano (Ghost, Grave Pleasures, Paradise Lost, Cathedral) The Wolf Bites Back is another solid offering.

One of the best things about Orange Goblin is that they wear their hearts on their sleeve. This album is distinctly Orange Goblin, but by singer Ben Ward’s own admission, the songs here are rawer and they have been written firmly with the live environment in mind.

Opener, Sons Of Salem races out of the blocks with a drum intro and a patented, groove laden sludgy OG riff. For those that have seen Orange Goblin live before, this song will immediately have you salivating at the prospect of witnessing this beast of a song live. The title track opens with an acoustic guitar as the bass chimes in and again the full force of the band blast their way into your eardrums as the song builds and builds.

Variation is sometimes something that can bite a band in the behind – do you stray from your formula? Or, do you adopt the ‘if it isn’t broken’ mantra? Both can work if executed well.

There is distinct variation on the The Wolf Bites Back. Ghost’s Of The Primitives has a little bit of a krautrock/prog feel as it goes on. The chilled out interlude of In Bocca Al Lupo (Italian for into the mouth of the wolf) sits well on the album and breaks up the ensuing heaviness. If this is a little bit of a departure or Orange Goblin, Suicide Division completely destroys any kind of serenity. This is full Motorhead worship, clocking in at a mite over two minutes, this is what Orange Goblin are all about; fast paced, heads down, neck wrecking head bangers of tunes.

Another thing that Orange Goblin are masters at is doom metal. Swords of Fire may not be the most orthodox doom metal track but the pace trudges before a wonderfully groovy bass and drum line help pick the pace of the track up. The Stranger also plays to the strengths of the band in delivering a slab of blues to the mix before growing into another classic Orange Goblin track.

Vocalist, Ben Ward, commented: “We are very excited about this new album. The Wolf Bites Back is our strongest and most diverse collection of songs to date; it’s certainly a lot darker both musically and lyrically. It is still definitely a distinct Orange Goblin album but we have incorporated a lot more variation on this record and there are hints of Can, Captain Beyond, Wishbone Ash and The Stooges nestling amongst the obvious Sabbath and Motorhead influences. Lyrically I have explored everything from alien serial killers to zombie biker gangs, Buddhist warriors through to descendants of the Salem witches! It was also a real honour for us to have Phil Campbell of Motorhead lending his hand to a couple of solos on there too!”

The Wolf Bites Back doesn’t quite scale the heights of The Big Black or Eulogy For The Damned but it damn sure delivers what you’d expect from such a top class rock band such as Orange Goblin.