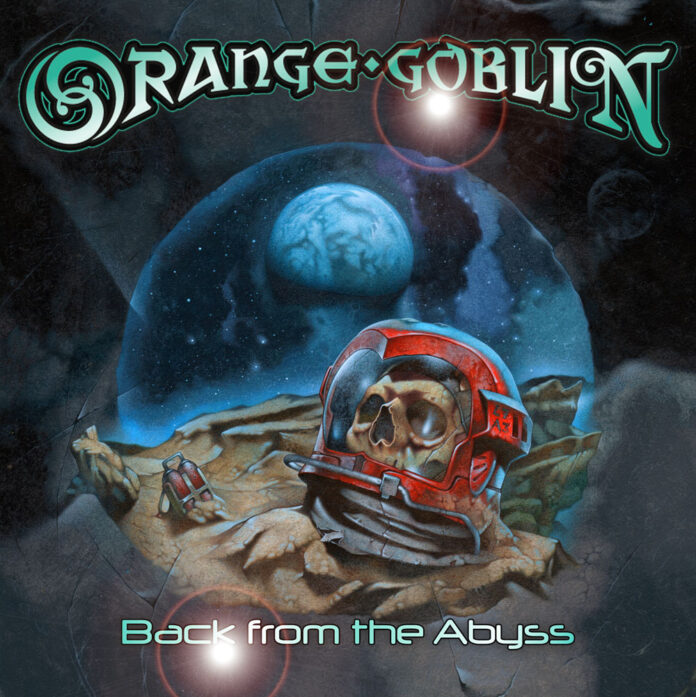 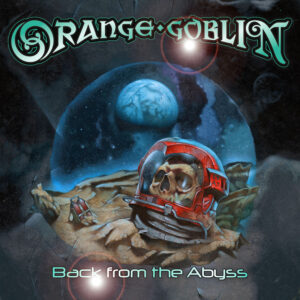 Orange Goblin – Back From The Abyss (Candlelight)

Legendary London hard rockers  Orange Goblin are back with their 8th studio album, one they describe as “…the definitive Orange Goblin album.” Read on to find out if Dom Walsh agrees.

Orange Goblin have become one of the leading lights of English hard rock and metal. Their last album, A Eulogy for the Damned was their most consistent effort to date and cemented their place as standard bearers.

Back From The Abyss is another massively consistent effort, if not more so. All the great things that were in place on Eulogy, are here; and more honed. Sabbath Hex opens the album with a title suggesting the obvious influences in play. The track, like many of the tracks here, drives at a velocity that ensures it is impossible not to feel moved in some way. Ubermensch’s opening riff crashes straight in to keep the pace notched up to furious. Ben Ward’s gravel toned snarl is fervent and irresistible throughout the whole record.

Lead single, The Devil’s Whip is pure and unadulterated Motorhead worship. The breakneck drumming of Chris Turner, and ferocious tempo, is punctuated with frantic soloing that hit you like a hammer over its two minute duration. After an unrelenting opening trio of tracks, Demon Blues slows the pace a little but the riffs are dense and again the lead guitar is doused in wah-wah to great effect, and the bass tone powers through a great groove.

One of the absolute highlights of the album is the epic Heavy Lies The Crown. After a mellow opening, the crash of the main riff is joyous. Whilst the riff is superb, it is the hook of the chorus that draws you in here. Lyrics about breaking rules and a crushing groove that persistently pulses make for a thrilling concoction. It is a real chest thumper of a track that could veer into Viking metal territory. Into The Arms of Morpheus opens with a solitary bass line before another slower paced, groove laden epic track that clocks in at over seven minutes.

Mythical Knives wears its Iron Maiden influences on its sleeve. There are tempo changes and a lyrical content that Messrs Harris and Dickinson would be proud of. Bloodzilla is another Motorhead influenced track, before The Abyss takes the album to its most cinematic place. A haunting background sets the scene before the introduction rises and rises with Ward delivering spoken word lyrics. The riff is bludgeoning and is possibly Ben Ward’s best vocal contribution on the album.

The instrumental Titan breaks the album up before the closing tracks; Blood of Them and The Shadow Over Innsmouth round off the album. Joe Hoare again shows the power he provides on the six string, and Martyn Millard’s bass sounds superb, particularly on Blood Of Them. The Shadow Over Innsmouth’s contains the doomiest riff on the album to finish off another slab of hard rock that only Orange Goblin can deliver in such fashion.

Eight albums in, and you know what you are going to get from Orange Goblin. They deliver again here and continue to impress. In the live arena there aren’t many bands that possess their passion and fire. No one is safe when they’re in your neighbourhood. Damnation Festival will be served up a treat when they make their appearance in Leeds on November 1st, and anyone who catches them on tour with Saint Vitus will be more than impressed. It’s great to have this band back … although with that in mind, they hardly seem to have been away such is their work ethic. I for one cannot wait to consume plenty of brown falling over water and witness Orange Goblin again on tour. OFGB.

All words by Dom Walsh. You can read more from Dom at his author’s archive here. Dom also tweets as @bwfcdom83