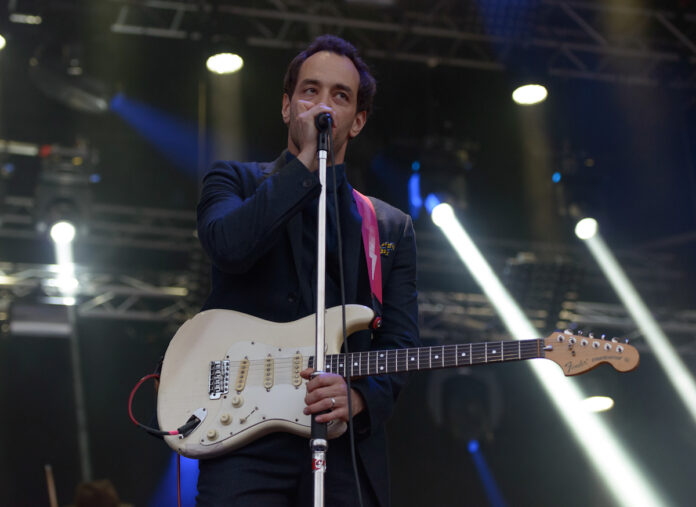 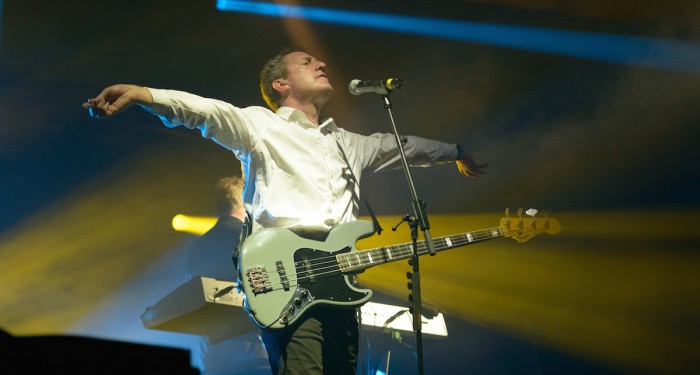 Primavera Sound opens its doors to the public, as the opening night of its fifteenth edition commences in typically eclectic style with a wildly varied line up.

In what has now become a rousing tradition Primavera Sound throws open its doors to one and all on the preceding Wednesday before the festival. This year is no different as a star studded and varied line up take to the ATP stage in advance of the festival opening to ticket holders later today.

However, before you even get to the stage we’re greeted with a plethora of tempting merchandise and the incredible sights provided by Flatstock, safe to say our money lasted little more than a few minutes. Heading down to the stage a huge crowd had already amassed for Spanish singer songwriter Christina Rosenvinge. 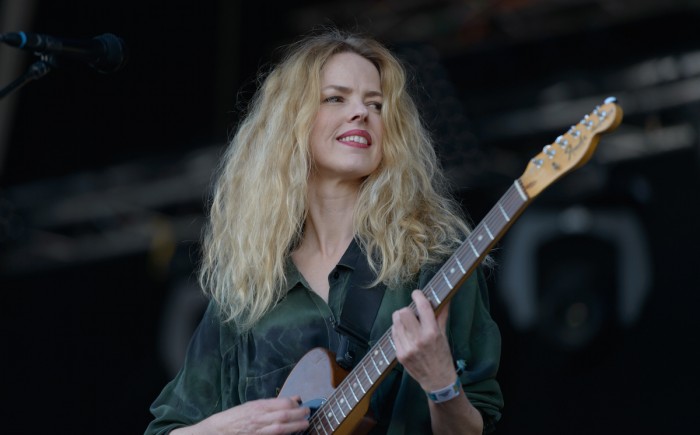 An obvious early crowd favourite with her incredibly powerful voice, as it emanates throughout the Parc the crowd constantly swelling. As the set progresses the atmosphere intensifies, reaching a cacophonous crescendo filled with discordant screeches of excitement. An exquisite set though, filled with raw power and excitement.

Next up is a fan favourite and a true fan of the festival himself, with his other band Cinerama, David Gedge takes to the stage in a rather sharp blue suit (when all others around him are in black). With the re-imagined version of The Wedding Present’s Valentina recently released, Gedge is in high spirits this evening. 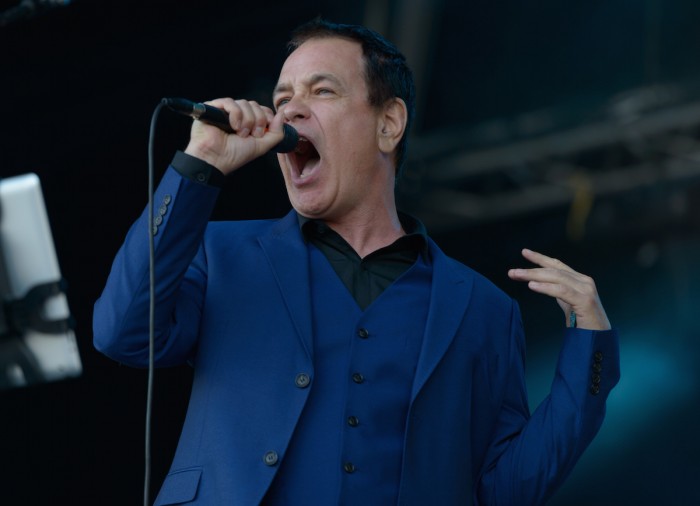 They flirt with disco and twee indie pop and it quickly becomes a veritable feast for the ears as Gedge croons the crowd swooning in his presence, a true master of his craft. From one sharply dressed man to another in The Strokes’ axeman, Albert Hammond Jr. who bounces on to the stage in impeccable form with an early cover of Buzzcocks’ Ever Fallen In Love. The huge crowd is given a treat with a phenomenal set. 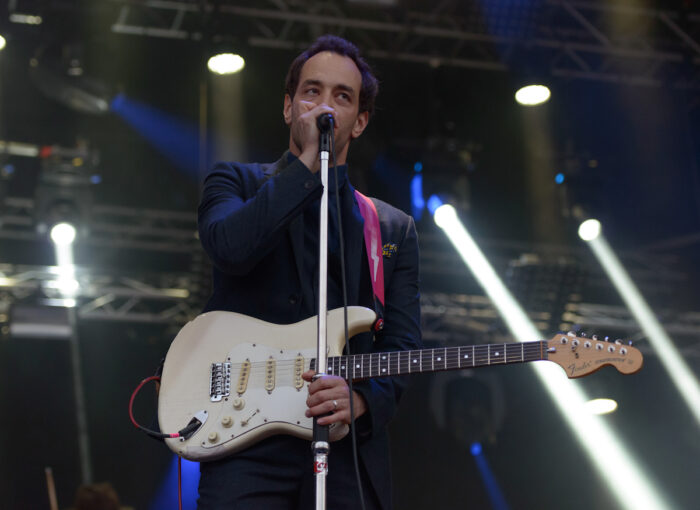 Whilst he isn’t the most likely frontman, he has the ability to write the perfect pop song. This skill doesn’t go unnoticed this evening with tracks like GfC and a handful of impressive new songs including In Transit. Not being a Strokes fan I’m truly won over by Albert Hammond Jr. tonight with his style, understated presence and incredible talent that all combine to make up this exciting set.

I have a distinct feeling that this behemoth of a crowd is here for tonight’s headliners. OMD are true electro pop masters with Andy McCluskey taking the front of the stage and commanding the crowd through the old and the new. Defying convention, the band open with the incomparable Enola Gay, immediately setting the crowd alight – a brave move but one that really does pay off. 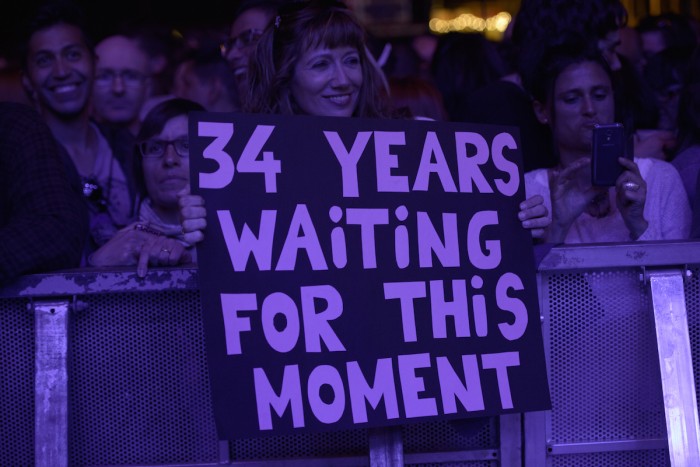 They’re an obvious crowd favourite with one banner reading “34 years waiting for this moment” and Andy bounces around the stage like an over excited teenager. Yet he has every right to do so as the crowd sing every word of the hits back to him and the band treat us to a new track titled Metro Land (I sincerely hope this is a tenuous link to the now defunct Metro Land in Gateshead).

There’s a noticeable excitement surrounding tracks like Locomotion, but Andy does his utmost to entice the crowd with his constant encouragement. Playing on the younger demographic with quips like “I’m old and I’m dancing more than you”. To his credit this really works this evening and as they close out their set everyone is dancing their way out of Parc Del Forum and rightly so.

I can’t think of a more eclectic and interesting way to get everyone excited for the coming days as today sees the ticketed part of the festival begin with the likes of The Replacements, Mikal Cronin, Chet Faker, Viet Cong, Panda Bear and Tyler The Creator to name but a few.

Christina Rosenvinge can be found online here christinarosenvinge.com. She is also on Facebook and tweet as @CH_Rosenvinge.

Cinerama (The Wedding Present) can be found online here scopitones.co.uk. They’re also on Facebook and tweet as @weddingpresent.