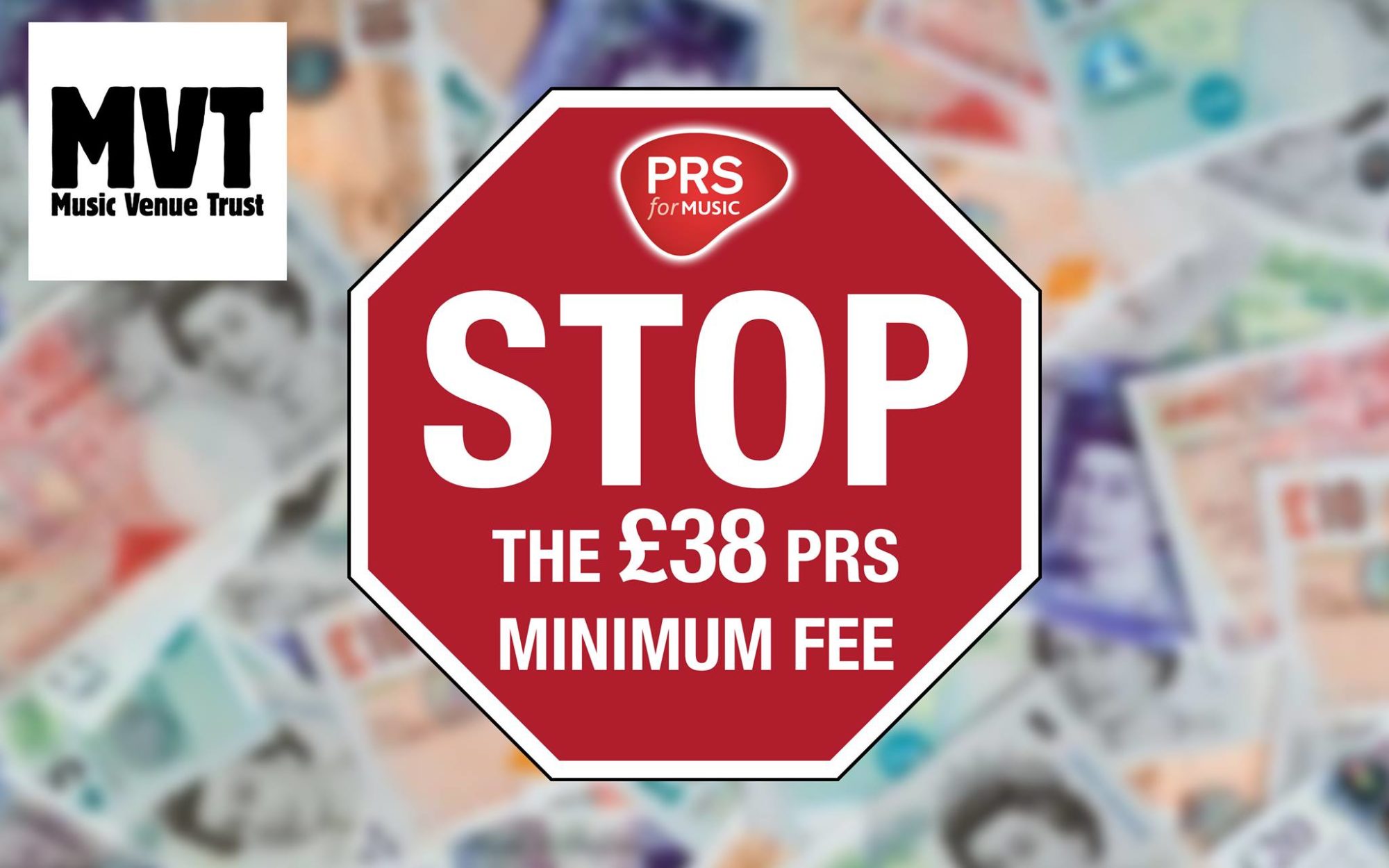 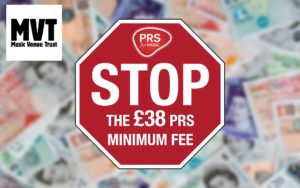 An Open Letter to PRS Members –
to the writers, publishers and performers of music

I am writing this open letter to you to request your urgent support to resolve a significant issue facing grassroots music venues in the UK.

We would like to request that you instruct PRS for Music to desist from demanding the Tariff LP minimum fee (currently £38) from Grassroots Music Venues on behalf of your work, and that you support our request that PRS for Music should unilaterally apply the standard fee to all shows, currently set at 3%, effective immediately.

You will be aware that Grassroots Music Venues in the UK have suffered a dramatic decline; 40% of this vital resource has been lost in London, and this situation is mirrored right across the country. There are a huge number of factors resulting in this decline; 21 separate elements were identified in the Mayor of London’s Music Venues Rescue Plan (October 2015).

Music Venue Trust is a registered charity which acts to protect, secure and improve grassroots music venues in the UK. Across a 3-year period, we have campaigned in all areas impacting on the future of grassroots music venues to seek to remove those 21 causes of closure. We have had successes with government, local authorities and with the cultural sector, changing the law and planning guidance to halt the tidal wave of closures. Now we need your support so that the music industry also plays a role in this effort, ensuring that the terms and conditions demanded from these venues are at least equitable so that we all work to support Grassroots Music Venues and the vital work they deliver.

Venue closures are a serious challenge to all parts of the music industry; without these venues, the bedrock of the way we develop new artists and uncover emerging talent is under threat.

Music Venue Trust believes strongly that writers deserve to be paid for the performance of their work. We are committed to ensuring that the venues we represent play a role in recognising that work and ensuring those writers are adequately remunerated for it. We have played an active role in the ongoing Tariff LP review, and we look forward to a successful outcome from it for writers and venues alike. We are taking steps to ensure grassroots music venues can simply produce accurate reports which can provide the evidence that means you can be paid accurately.

But we have been asking PRS for Music to take urgent action on minimum fee since March 2015, and it is now 18 months later. Minimum fee applied to these shows is resulting in over payment of royalties substantially above and beyond 3%; venues like Green Note in Camden (capacity 60) or Louisiana in Bristol (100 capacity), where 3% of the door takings almost never amounts to £38. On a show selling £200 of tickets, where 3% would produce a fee of £6, minimum fee is an effective rate of 19%. This is more than six times the rate being paid by large concert halls or festivals, amounting to an overcharge of £32.

£38 may seem like an inconsequential amount, but across over 400 venues of this type in the UK, putting on over 80,000 shows per annum, minimum fee is removing hundreds of thousands of pounds every year from the venues on this circuit. This money would not be due if PRS for Music applied an equitable rate of 3% across the board. All too often, that money simply doesn’t exist.

We have clearly explained this situation to PRS for Music. Their response is to wait for the outcome of the Tariff LP review. That outcome is at least 9 months away, 9 more months in which these venues will continue to pay significantly more money than is due. It is not an exaggeration to say that PRS for Music’s refusal to act on minimum fee will be a contributing factor to venue closures during that 9 months. We don’t believe that writers, publishers or performers would find it acceptable that a music venue closes because it cannot meet the economic demands of minimum fee.

Music Venue Trust believes that artists, writers and venues share common challenges. We believe that a thriving Grassroots Music Venues sector is vital to all our interests. We have received hundreds of enquiries from musicians and writers asking what they can do to help protect, secure and improve this sector. As a matter of urgency, unilaterally ending the collection of minimum fee and replacing it with the collection of 3% would have significant impact.

Please support our call to immediately end the collection of minimum fee by writing and engaging directly with PRS for Music.