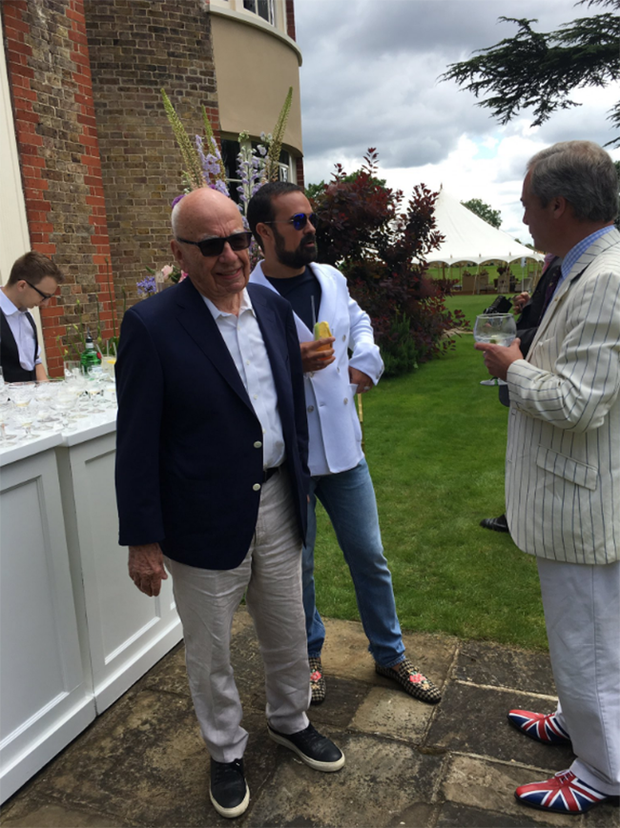 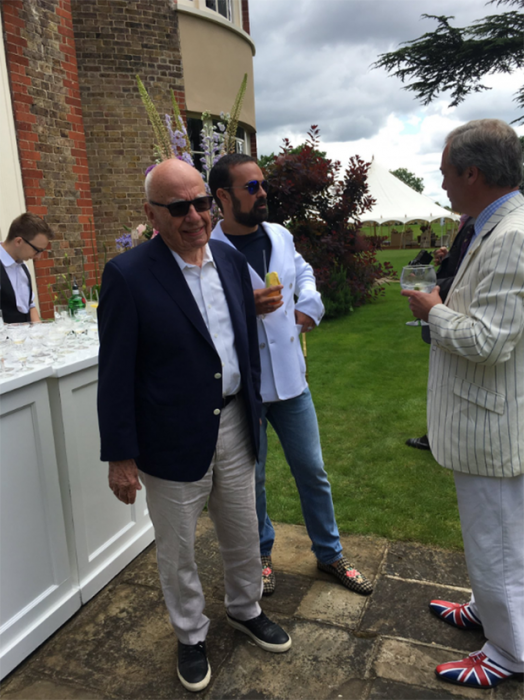 Welcome to Little England – your England! that mythical place that was so often talked about and has finally, maybe, become your reality. 17 long and well paid years in the European Parliament has made you an even wealthier man but you never liked this Europe that you benefitted so much from. You liked it so little you have got us all out of there and then there you go, packing your bags like Captain Mainwaring in the last episode of Dads Army, and leaving the now disunited kingdom in its biggest mess since the second world war.

Although, somehow, there is still two more years for you to spend in that very same European Parliament collecting your thousands a week – I must admit I almost respect that kind of breath taking hypocrisy! a rock n roll swindle without the rock n roll!

Nigel, you were the very English revolution – the golf club bore with one too many gin and tonics and angry breath that wreaks of stale tobacco and Daily Mail editorials who set in motion a chain of events that has no clear ending.

Like someone said about you quitting it’s like shitting in someone’s bed and sneaking out the back door.

Well that’s some legacy. The country is staggering around like boxer that took an unlucky punch, the political class that you pretended you were not part of is in disarray and the economy is all over the place – of course it may all settle down or maybe it won’t but it’s all pat of the ‘Farage legacy’ – an uncertain future, a fractured country, split into two with Scotland maybe on its way finally out of the union, followed by Ireland and then even the collapse of the Commonwealth  – don’t you think it’s ironic that you have dismantled the union and created the disunited kingdom – time for a new pair of shoes maybe!

The country you ‘got back’ doesn’t exist any more. Those union jack shoes you were sporting at one of your ‘anti establishment’ events hob knobbing with Rupert Murdoch are now like a relic from another age. And yet it seems that only your definition of England is now allowed and there is only one kind of patriotism.

Of course I respect the public’s right to choose whatever path they want to take and Europe did come with plenty of baggage – but your campaign, like your public personae, has been based on half truths and lies. Even that stuff about being a man of the people was always very awkward. there you were holding a pint glass in your hand making you a ‘man of the people’ – and, er, that was it. Not sure if ‘the people’ were all wearing tweed jackets and drinking pints of what appeared to be, well, gravy from the famous gravy train!

You say you don’t want to be a career politician and want to get your life back, fair enough, but I see you haven’t quite gone to get your life back though. One thing you haven’t retired from is from that nice paying job in the heart of the EU – the European Parliament you treat with disdain and bile and yet happily accept their pay cheques and expenses. And I must admit that does confuse me! it’s a gravy train that you can easily get off at the next station…

In an age of anti politics there was always going to space for your cut of the gib. Like that strange little man, Michael Gove, said ‘I think people in this country have had enough of experts.’ – it’s one of the few things he may have been right about and we have replaced experts with conmen and snake oil sellers or anyone who talks loudly.

These fake operators, these anti establishment figures who are just another sliver of that establishment like you Nigel – a former banker, a eurocrat, an MEP waltzing around the European Parliament – it all sounds very establishment to and it’s all very confusing!

There you are with your German wife with a the plum job in UKIP – surely even a contradiction in your terms – it seems like ‘some peoples immigrants are bigger then other people’s immigrants’ as Morrissey once didn’t quite say.

Nigel, If you want a vision of the future, imagine a little England full of fellow Farage’s with their union jack shoes stamping on a human face – forever.