Home Blogs Only Fools And Horses is set for a US remake… oh dear! 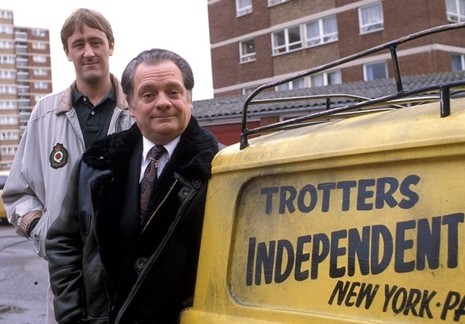 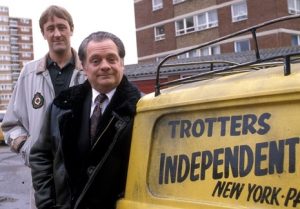 For a programme which regularly amassed over twenty million viewers in Britain, it is somewhat surprising that Uncle Sam hasn’t tried to snatch the winning format before. Though many nations from the Netherlands to Slovenia have remade ”ËœOnly Fools and Horses’, no remake sinks quite as sourly as the thought of the imperialistic boot of US junk television stomping over Nelson Mandela House. Indeed, the ABC announcement feels achingly soon after last years sad passing of John Sullivan OBE; the genius who single-handedly wrote every episode of ”ËœOnly Fools and Horses’. The wealth of Dickensian style characters Sullivan sculpted, shady yet big hearted, is testament to his remarkable mastery of his craft. Like early Coronation Street, the inhabitants of Sullivan’s Peckham were in the gutter looking up at the stars, clinging to the hope that this time next year they’d be millionaires. There was heart to the wheeling and dealing and the nostalgia tinted Englishness of ”ËœOnly Fools’ was perfectly laced with charm, wit and emotion ”â€œ a staple of British viewing throughout the grim Thatcher years. Del Boy and Rodney as much a part of British cultural heritage as the Kinks, Michael Caine and ale; and the values of Only Fools won’t survive the wrath of boardroom plonkers.

Many point to the US version of Ricky Gervais masterpiece ”ËœThe Office’ as an example of a successful US translation, but the same charm and sensitivity that set Gervais’ Office apart from its Stateside counterpart is what will undoubtedly be lost in Only Fools’ trip across the Atlantic. Like ”Ëœthe Office’, ”ËœOnly Fools and Horses’ wasn’t just gags, it was relationships and how people interact with one another through the best and worst of times. As John Sullivan put it himself, ”Ëœif more people followed the Trotters example, Britain might be a happier place’. Surely we endure enough American landfill dirges on E4 to be able to keep a British TV treasure to ourselves? American TV has a nasty habit of assuming the lowest possible intellect for its viewers and it’s hard to imagine that the good people of New York couldn’t understand what separates a pub from a coffee shop. Britain has had to suffer the ”ËœFriends’-fuelled coffee-shop boom so maybe America would benefit from a few more Nag’s Heads anyway?

American comedy writer Dave Fulton’s comparison of ”Ëœplonker’ to ”Ëœwanker’ on BBC Breakfast just about sums up the crucial cultural differences that will smother all we know to be ”ËœOnly Fools and Horses’. And while an exasperated Bill Turnbull could competently apologise for this outburst, it won’t be quite as easy to right the inevitable wrongs of ABC when the needless remake is aired.

Personally, I think Del Boy’s film idea “There’s a Rhino Loose in the City”Â would be a much better bet”Â¦