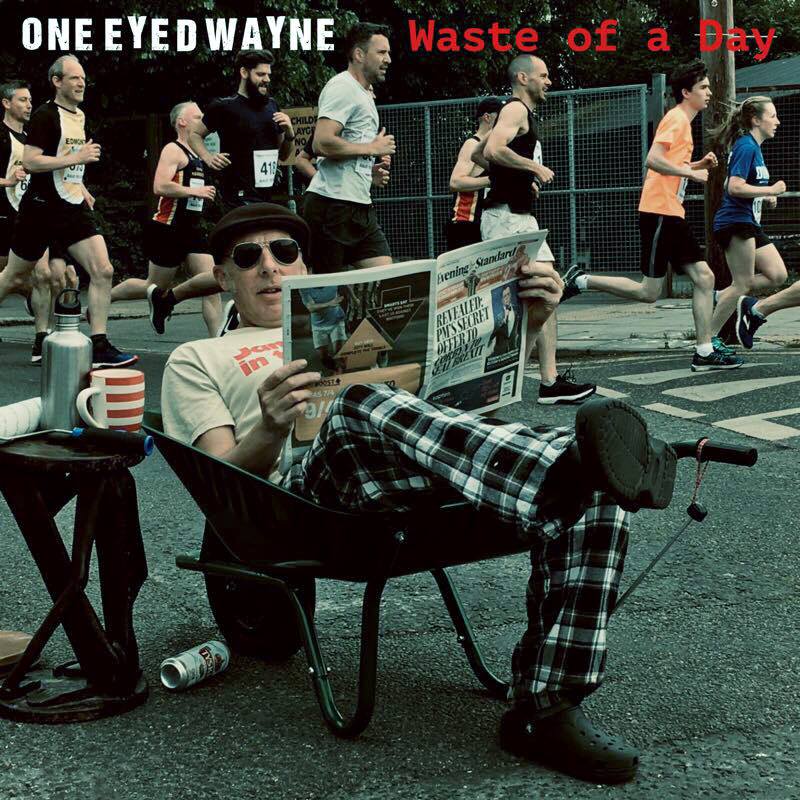 One Eyed Wayne: Waste Of A Day 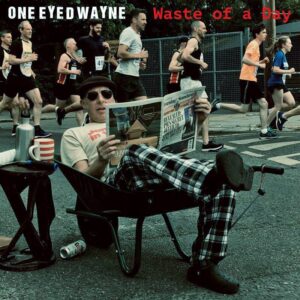 New download single by One Eyed Wayne from the Saucy Postcards Super Creeps LP, with a CD limited edition of 200 copies that are free with any purchase from OEW’s store (see Optic Nerve link above)…LTW’s Ian Canty listen and comments….

That One Eyed Wayne is on a bit of a roll at the moment is more or less plainly evident, their sharp and knowing snapshots of ordinary modern life ringing very true indeed. The Saucy Postcards Super Creeps album was a convincing follow up to their debut Attack Of The Luxury Flats and now they’re back with a single release for perhaps the best pure Pop song on the LP, Waste Of A Day. The sleeve graphic manages to sum up 2019 Britain in one hit – the park runners in the background obviously think they’re doing something more purposeful, but at the end of the day the clock will still have ticked round in the same inconclusive way as for the idler in the middle of the road. Elsewhere the world goes crazy.

Onto the music. The ‘radio’ intro gives way to a sweeping, ringing hook line that quickly buried itself into my mind at least. This tune, out of all of One Eyed Wayne’s oeuvre, recalls the best of Blur and includes some delightful guitar interplay among its busy rush, the steady purpose of the music being a neat juxtaposition of the vocal’s hoarse and tired feel and the ‘ode to despair’ lyric’s subject matter. It is the kind of classic single that in times gone by would have you flipping the stylus back to the beginning as soon the last golden chords faded away. Television, the June Brides, Buzzcocks all combine in those chiming guitars, but with their own twist and viewpoint, it’s the perfect entry point if OEW is new to you