Home Music Bands On What Would Have Been John Peel’s 75th Birthday, We Bring News... 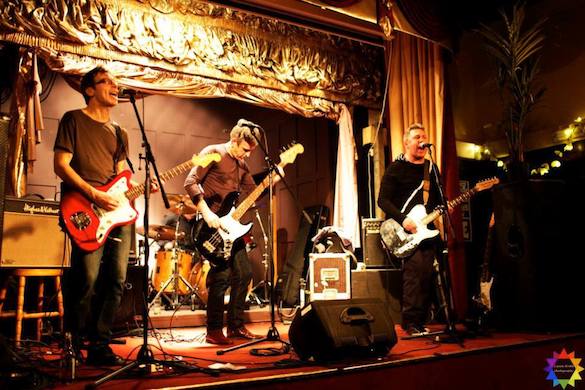 As any self-respecting music fan will know today is the birthday of John Peel. Or would have been if he hadn’t sadly been taking from us all several years ago. He’d have been 75 today. So it seems apposite that we’ve been awash with news about bands whose career’s Peel helped launch into the world. A couple of days ago it was the turn of The June Brides, now it brings us great please to announce the Rebirth of That Petrol Emotion, as The Everlasting Yeah.

“A low growling noise
A chant heard from the street,
A wait,
A long, patient wait,
then an everlasting YEAH!”

That Petrol Emotion were true one-offs. A myriad of influences, a back catalogue stuffed with brilliant songs, a group blessed with gifted songwriters, a storming live act and above all a bunch a friends who were (and still remain) fans of music.

Quick bit of history for those who missed the sensation: after The Undertones broke up in the mid-‘80s, the O’Neil brothers formed That Petrol Emotion, a 5-piece band that included Raymond Gorman on guitar and Ciaran McLaughlin on drums. Too many great songs to check out, but if you missed Big Decision, you REALLY missed out!


After a number a killer albums, the band called it quits in the mid-‘90s, save for a few comebacks in recent years. Now four members of the final That Petrol Emotion line-up (Ciaran, Raymond, Brendan and Damian) have returned with a brand new sound: The Everlasting Yeah, and despite their history and body of work, this is a brand new rock ‘n’ roll band.

“They have more hooks in the first minute of their songs than most bands have in their entire career!”

The emphasis is now, even more so than ever, on the collective. This time it’s the whole band that sings. They arrived on the live scene fully fledged in 2013 (their debut was supporting The June Brides in London at the end of 2012), and after intense secret rehearsals they have played some sporadic but ecstatically received gigs in London and Oxford over the last 18 months. In the meantime, they have written and honed a truly killer set of songs that can be heard on their forthcoming instant classic debut album release entitled “Anima Rising”, which will be released via the Pledgemusic site.

There are lots of exclusive items to look out for.

Check it out here: pledgemusic.com/artists/theeverlastingyeah