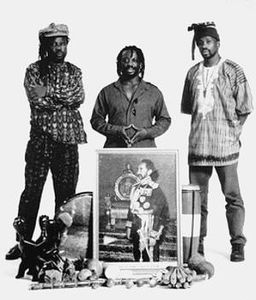 ‘My Life In A Hole In The Ground’, ‘Environmental Studies’, ‘Drastic Season’, and ‘Off The Beaten Track’ will all be released on the 22nd January 2016.

‘My Life In A Hole In The Ground’ The ground breaking debut album from 1981 that plays on both the title and concept of David Byrne and Brian Eno’s My Life in the Bush of Ghosts.

Built upon sparse backing tracks constructed by Adrian Sherwood, the producer invited Bonjo Iyabinghi Noah (who had studied under Count Ossie in the rasta drumming camp at Wareika Hill in Jamaica) to lay down hand percussion patterns and breaks on top, augmented by stereo-strafed effects and the occasional burst of Sun Ra-style horns. The result is a unique mixture of traditional African rhythms, dub and free jazz.

Second album from 1982 that saw African Head Charge working manipulated and vari-speeded 1/4 inch tape loops that were re-recorded back to the multi-track, soaked in reverb and delay, and then applied to the performances of the musicians, not to mention extensive use of found sounds and field recordings, hence the title. 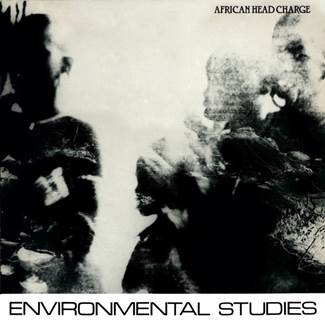 Their third album from 1983. Described by producer Adrian Sherwood as “experiments in active frequencies, out of time noises, rhythms within rhythms, and endless tape edits.

‘Off The Beaten Track’

The vinyl albums are available individually from On-U-Sound, or take advantage of the pre-release offer, all four albums plus downloads for £50 – Order HERE