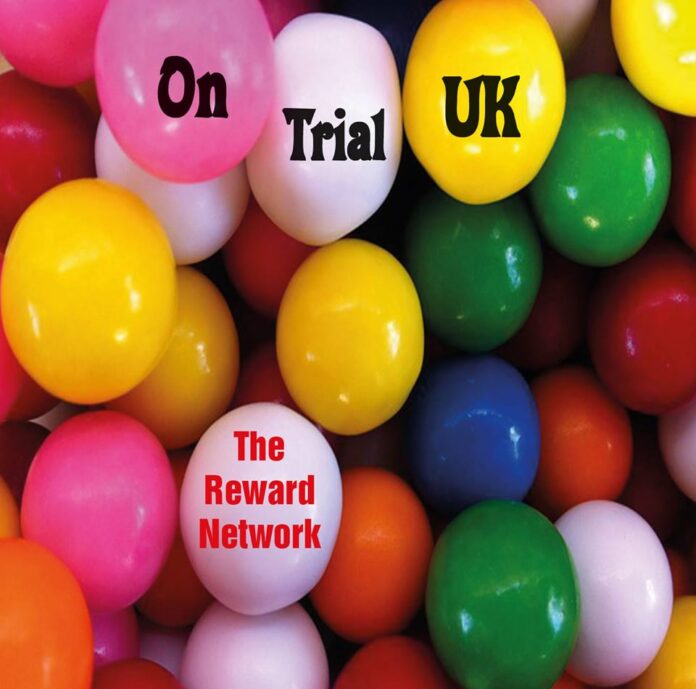 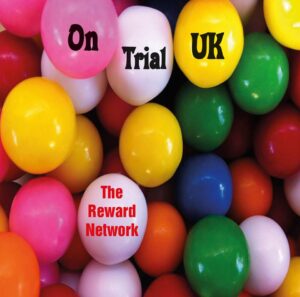 Debut album from the Reading based punk four piece – was released just prior to Christmas 2014, but somehow was overlooked; when you look at the cover art it’s very hard to understand how anyone could fail to notice this one! Also, the bands webpage states they hail from Reading, though the accompanying booklet features a shot of The Brunel Bus Station, Slough which is a bit confusing…

Absolutely nothing confusing about the album mind, it literally grabs hold of you and then repeatedly hurls around the room; it’s all pretty instant stuff, opener ‘Put This In Your Mouth’ powers along from the ‘1, 2, 3, 4’ rallying cry, built around a solid bass with a tight lead adding colour, whilst vocalist Johny Wah Wah delivers a sneering retort to those seeking to oppress our freedoms; ‘70% Water’ follows – its solid hi-octane punk rock, but none of that clichéd speed coupled with terrace vocals, On Trial UK clearly know how to construct a decent song and understand the value of a simple yet effective melody; how could I not mention a song entitled ‘Schreibtischtäter’ – don’t you just love it when you have to Google a title to gain its meaning, anyway its rough English translation would be a ‘mastermind or brains behind the scenes (of a/the crime)’ – stand out track would be ‘I Wanna Say I Love You’, its stunning, I was left wondering if Wah Wah had burgled Pete Shelly’s gaff such is the sheer infectiousness of this one, with the right promotion this could be huge, utterly demolishes the punk pop tat the likes of 5 Seconds Of Summer are currently building mansions off the backs of.

To open ‘I Voyeur’ borrows the questioning spoken vocal Adam Ant used to favour many years ago, before building to the ‘I can’t afford it, I can’t afford it’ chorus whilst featuring both the sounds of a washing machine and a vacuum cleaner, it’s good to hear a band prepared to experiment with sounds and structure, and certainly within the ‘punk’ genre its sadly overlooked – ‘I Don’t Care’ continues in this vein, slower paced and underpinned by electric piano, before exploding into a full pelt belter; be good to see them perform this one live, just when the crowd thought they were getting time to draw breath On Trial ramp it up a notch…

‘The Reward Network’ is quite simply a fine album, it’s sharp, precise and the level of musicianship is high – its punk based but with a healthy dollop of the dreaded power-pop, confrontational but always melodic, and that’s exactly what drew me in.