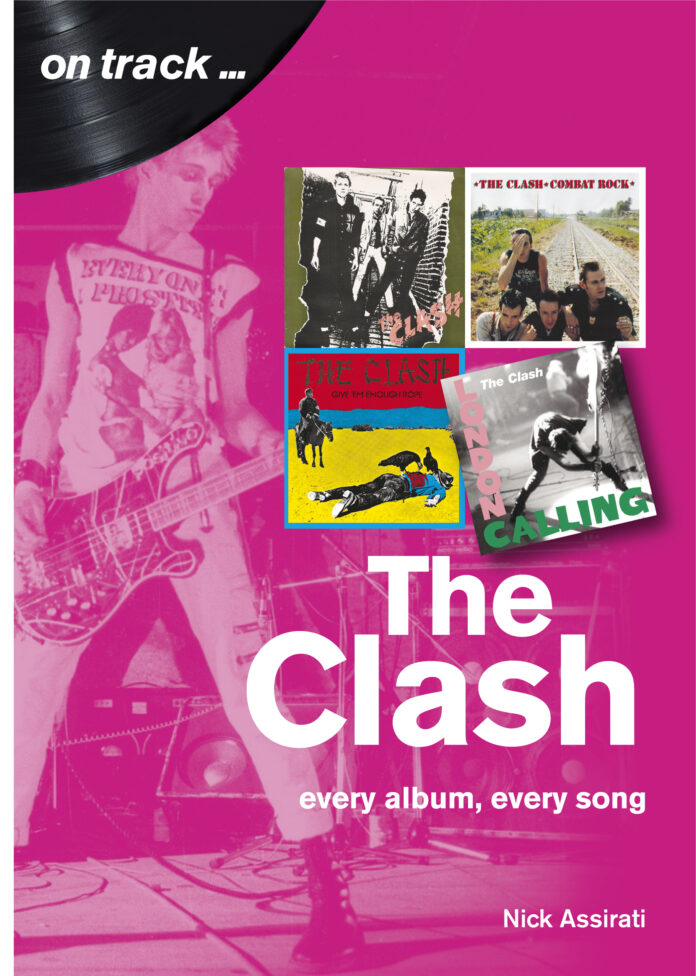 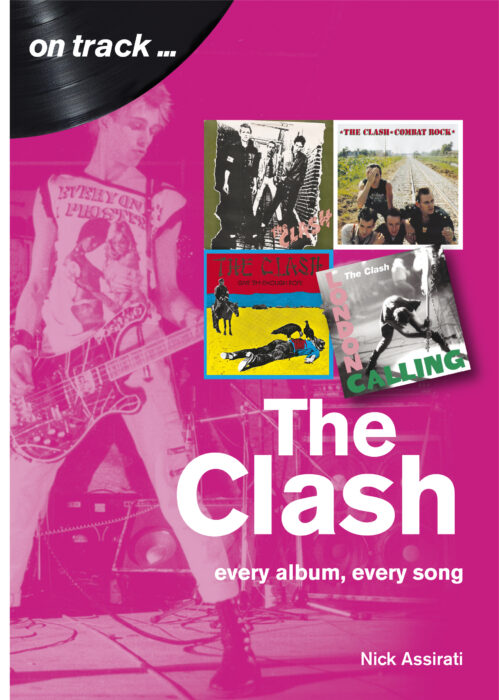 On Track – The Clash (every album every song)

The Clash really don’t need any introduction do they? OK, so just in case… born out of the Punk explosion, one of the ‘founding fathers’ alongside The Sex Pistols and The Damned. The Clash released five classic albums between 1977-1982, influenced by Rock, Reggae, Jazz, Rap, Calypso and Rockabilly which still hold up to this day.

Want to know more? It doesn’t matter if you’re an old or new fan, this book is for you! Over the 144 pages included here, Nick Assirati offers a brief study of each track recorded by the band chronologically throughout their career. Alongside summaries of where the band were at specific points, it basically charts the rise and fall of The Clash, warts and all.

If you are like me and ‘of a certain age’ you will have spent some of your childhood years devouring ‘Observers Books of…;’ hoovering up the minutest of details of whatever edition you’d got from the library or been bought for your birthday. Reading through ‘on track’ it brought back memories of that, all be it on a subject which has meant more during my adult life.

Nick is obviously a Clash fan with a passion and has done some serious research in pulling all this together. The studies on tracks are sometimes factually based with specific details from conversations or interviews quoted and sometimes the writers’
own opinion. With the latter he backs up with facts and context. He calls Spanish Bombs ‘the jewel in the crown’ on London Calling but I personally have always held Death Or Glory higher. Whilst it’s obviously a matter of taste, his argument for the former is compelling.

Regardless of whether you agree or not, the text is always insightful and occasionally enlightening. I have always considered myself fairly knowledgeable on the subject of the band. I know, like many, for example, Bankrobber was recorded at Pluto Studios in Manchester (and attended by future Stone Roses Ian Brown and Pete Garner). What I didn’t know that you could hear the sound of flushing urinals at the end of I Fought The Law (go on, I know you’re dying to play it now). Maybe it’s not something you want to know, but it’s nuggets like this that make the book fascinating and easy to dip into time and time again.

For Nick, as many hardcore fans, the post Mick Jones era doesn’t count, or ‘Not The Clash’ as they are referred to here. In the interest of research whilst reading the book I made the effort to listen to Cut The Crap for the first time in over 20 years. For anyone interested, he’s right, but fair play to him for including Bernie Rhode’s folly here which makes the claim for it being ‘definitive’.

Along with covering all the released tracks and multiple versions of the book it also works its way through selected bootlegs, rarities, films, and books. It also offers advice about how to buy The Clash’s music for anyone just discovering the band. As pointed out, there are so many box sets, compilations etc available it would be easy to fall into the trap of repeatedly downloading or buying the same material.

As well as a number of black and white illustrations throughout, on track also features a 16-page colour spread. Most of the images fans will have seen before, mainly the record sleeves, but it’s nice to see the poster of the gig that inspired perhaps the greatest Clash song, White Man In The Hammersmith Palais included too.

This is Nick Assirati’s first book. He’s neither a trained writer nor a music critic HOWEVER what he’s produced he is probably the most essential guide to the music of The Clash ever written.