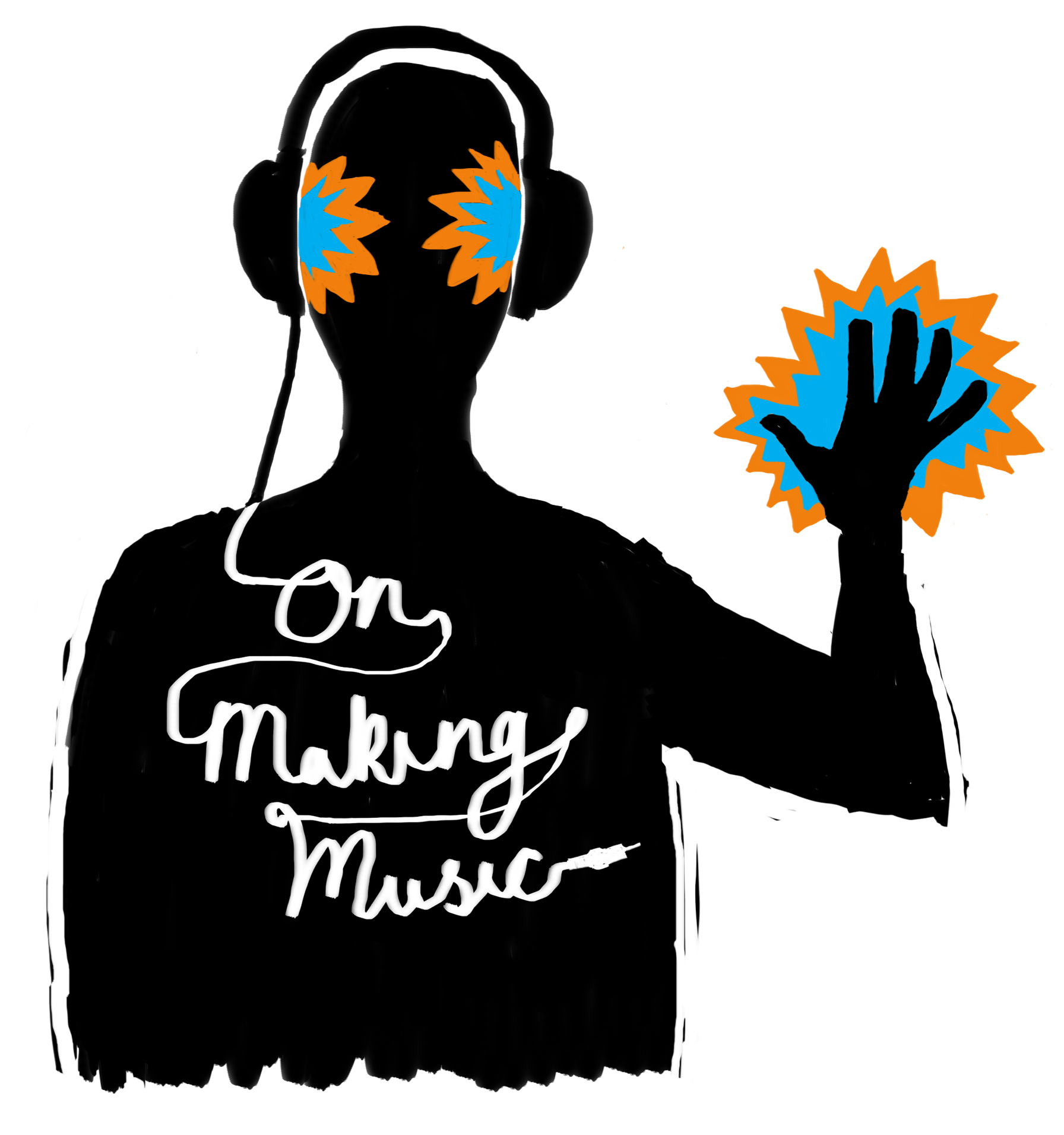 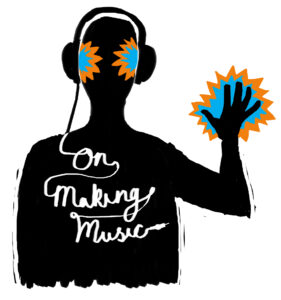 Adam Walton will be familiar to many as the presenter of the Saturday Night Radio Wales show that plays three hours of the best new Welsh music. Having fallen in love with music as a teenager as we all do (though not all at Glan Llyn), he formed a band who played their final gig as support for the nascent Stereophonics in 1996. He has over twenty years’ experience of listening to thousands of demos and is ideally placed to write a book that is effectively as good a self-help manual as you could ask for on the subject of making music.

I was immediately struck by the simplicity of Adam’s motivation for writing On Making Music; namely that he has made a living for twenty years out of other people’s creativity and this is a way of giving something back. What he has created is basically a guide to every aspect of the reality of making music for those new to the business, or even those currently active who may be struggling to see the wood for the trees. There, in a nutshell, is the beauty of On Making Music, it is all so delightfully simple. The advice given is a methodical guide to enable musicians, who really just want to get on with their urge to create, to navigate a route through all the common pitfalls. Each chapter is augmented by advice from musicians Adam has interviewed during his career and, to top it all, he has created a playlist on Spotify for the chapter too. As a non-musician, I found the book absorbing so those who can actually make practical advice out of the page after page off wisdom are in for a real treat. On Making Music is also available as a ‘pay what you want’ download as Adam really is serious about giving something back.

The chapters are an authoritative study of all the elements required to be successful in a career in music, or at least giving yourself the best opportunity to be. Maybe the first advice given is some of the strongest and that is that regardless of the style of music you make, make it convincing. Define yourself and be clear about your aims and then commit fully to that outlook. A major part of that is possibly the art of listening. Adam introduces the hummingbird concept that music attracts so many of that “want to look nice and hover around all the right places” but actually absorb very little. It is important to listen and absorb sounds, which will then lead you to other influences and you “create your own musical web” with a range of knowledge of styles and genres. Oh, and don’t worry about whether something is cool, just listen to it.

Of course, before setting out you need to solve the trickiest of problems – what will you be called? As the author tells us, The Beatles is actually a crap name when you think about it, but they just about got away with it and Ray Davies was apparently never happy with The Kinks. Chvrches are used as an example of how you must make it easy for people to research you which is backed up the brilliant Welsh band The Earth (and they are brilliant) whose name is perilously close to other bands and cause unnecessary confusion for those who want to learn more (they’re still bloody good though).

Once the name is sorted, maybe song writing is the next area to focus on. The advice is to learn the rules but crucially, to be yourself as your instinct is better than any attempts to imitate someone else. According to Tom Robinson, you should forget everything else as a killer song is what will take you to the next level and the only way to write that is to write ones that aren’t so good so you should aim to write about 10 a month.

How important are lyrics in reality? Pretty vital to any aging punk I would say but the sad reality, as Adam tells us, is that simple and memorable are likely to capture wider attention but be less artistically satisfying. Or, to quote the author, “bad lyrics carry the melody with all the imagination of a dog walker ferrying turds in a plastic bag”. Georgia Ruth, whose 3 minute demo is the one the author would choose to summarise his career says that writing lyrics has more freedom than poetry as the music around the words “cushions them from criticism”.  Great lyrics are not an essential ingredient of success, but they still matter to a great number of those who make and love music.

This review can only touch on the wealth of advice that is available in On Making Music but other topics such as practise and getting gigs are well covered. Basically you need great songs and be able to perform them well so practise seriously and soberly. Production, management and dealing with critical rejection are other examples but the best advice is to get the book and see for yourself. If you have any query, the chances are it will almost certainly be answered here.

If indeed Adam Walton does owe any sort of debt to the music industry, and many would say it’s more likely to be vice versa, then he has more than paid it with this excellent publication which, if followed, will certainly ease the way for many current and future music-makers.

For more info and to download On Making Music go here