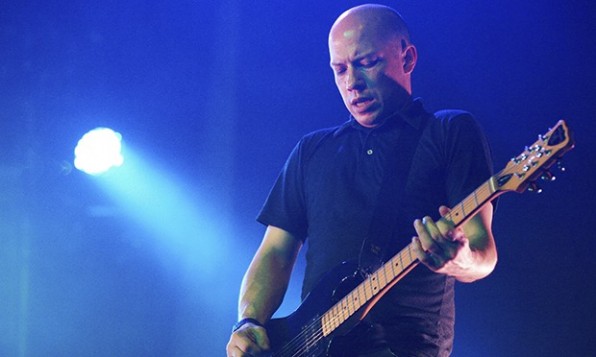 It’s a well-known fact that Louder Than War strive to be an animal friendly and cruelty free website, thanks in large part to da boss being a vegan (vote for John to win the crown “vegan personality of the year” here), but this post isn’t about us – it’s about Mogwai’s Stuart Braithwaite and in particular about a video he’s made with PETA (UK) “…on Being Vegetarian.” Check it out below.

Mogwai have been all over Louder Than War recently thanks to the reissue of their iconic album Come On Die Young. First it was a news piece back in April, then an interview with Stuart himself and finally yesterday a perfect “10 / 10” review for the re-issue of CODY.

Today, though, we’re leaving all talk of CODY behind with this video, an exclusive interview Stuart’s made with PETA (People for the Ethical Treatment of Animals) in which he …

“…shares why he doesn’t think animals should die for food, where to find the best vegetarian food on tour and why he thinks you should consider going vegetarian, too! “

“Millions of compassionate people like Stuart have already made the switch to a plant-based diet because they don’t want to contribute to the slaughter and suffering of animals in the meat industry. If you’re not sure where to start, we’re here to help: peta.org.uk/vsk.”