Home Blogs Omega Tribe: Out Of My System – EP review 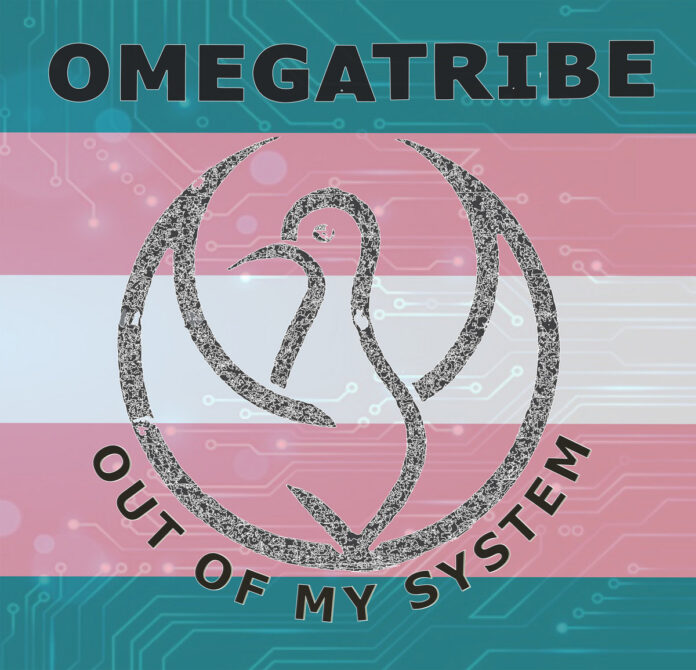 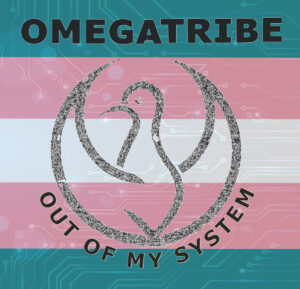 Out Of My System

Anarcho-punk favourites Omega Tribe return on 10 inches of vinyl after a long recording hiatus, introducing more of an indie vibe.  Whether all of their fans will appreciate the new take on their sound is up for debate says Nathan Brown.

Omega Tribe were one of the anarcho bands that really stood out in the 80s, garnering cult status to this day. They had anger, clever lyrics, a bit of cheek and, above all, excellent tunes. They somehow combined being hard hitting with plenty of melody. On reflection, they were really good at writing pop songs and found the right outlet and audience.

They have gigged home and abroad since 2017 or thereabouts. This new 10″ has been eagerly anticipated. If you’re expecting a continuation from the album No Love Lost or the Angry Songs EP then think again. Take It’s A Hard Life – the single they released before they split in about 1986 – as your stepping off point.

Of all the songs on the 10″, Out Of My System is the one that could easily have come from No Love Lost. It’s rocky and bouncing. You could even say that bounciness and its clean sound puts it in the vicinity of a mod revival tune. Although it took me a couple of listens, I now totally get it. This side of the record saw the band hook up with Pete Fender in the producer chair and I think you can hear it on this song in particular.

Dandara Dos Santos sounds very indie – too much for my liking I’m afraid. Think James or The Las. However, despite the happy sound, the song is about the brutal murder of a trans woman in Brazil. It cleverly lays clear the frustration of not being able to do something directly about an injustice. “What else can I do. I made a song for you. I will remember you. Dandara Dos Santos”.

Old Man starts with a very mid 90s sounding indie bass line. The chugging tune and heavily enunciated delivery of the verses with a hint of Lydon in PiL give a sinister air. This switches with an increasingly angrily shouted chorus “Old man you disgust us in your fetid crisis, too late for you its over, repulsive sex deviant”. Whether they are singing about the bog standard mid-life crisis or they had an individual in mind, it rings true!

Skinhead starts off side B with a twangy, sleazy, almost country guitar in a song that decries the Skinhead of the title. “All you have is your hatred and your shame all you have is your anger and your pain”. Lyrically it feels a little dated, rooted in the 80s. Looking around now, skinheads don’t neatly fit the racist, bonehead, stereotype. And whilst some of the old nasties are creeping out of the woodwork, plenty of skinheads these days are actively anti-fascist.

Do The Idiot Dance is a cheeky, happy, dancey number with Beatles bass lines and a feel of exponents of melodic 77 inspired tuneage like Toxic Ephex, TV Smith or Eastfield. Apart from the liberal swearing you could quite easily find this playing in your local pub rock or at a small festival.

The Brilliant Mind of a Flippin’ Idiot continues in a similar vein. The recorder or Ocarina extended solo the gives this a very 60s sound. The title, the tune, the delivery and the words all made me think of Monty Python!

It is clear from the lyrics that Omega Tribe have not lost any of their attitude. Whether all of their aficionados will embrace their more melodic sound is difficult to know. Omega Tribe would have had links “back in the day” with Anthrax and Hagar The Womb. Surely the fact it’s not punk by numbers means it was meant to come out on Grow Your Own. It fits with the diversity of their ever growing family.

The canvas for the cover is provided by a Transgender flag over which is laid a circuit board layout. The band’s logo (based on a traditional Japanese Crane) features on the front, and is mirrored on the reverse with a palm print & peace sign. Inside the gate fold cover you get the lyrical lowdown and some black and white illustrations. You get fancy coloured vinyl, as with all Grow Your Own releases. Early purchasers will also get stickers and badges.

Pick up the record or download from Grow Your Own.

Omega Tribe past releases can be found on Bandcamp and their current movements can be tracked on Facebook.