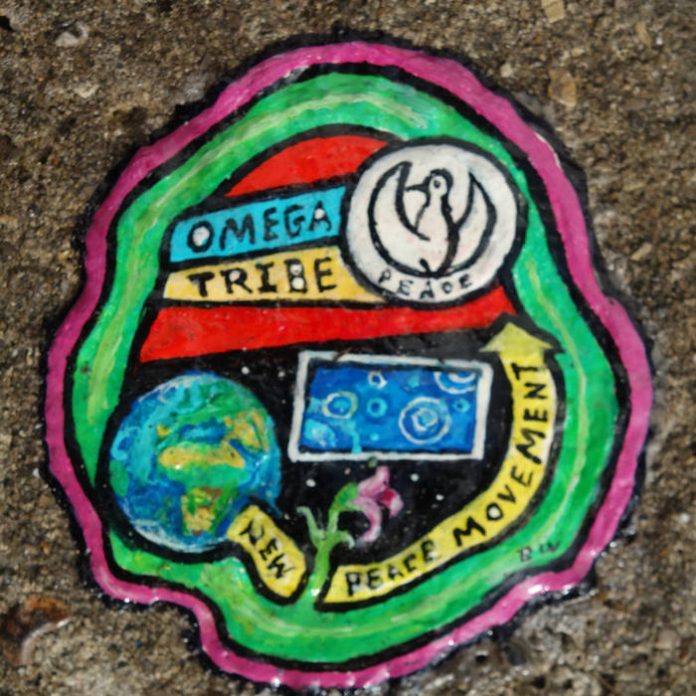 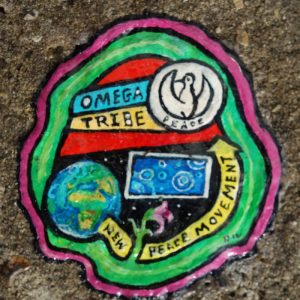 CD/DL (Vinyl LP out in August)

The new album from anarcho-punk favourites Omega Tribe is something of a musical departure from the band’s 80s past. While they still sing about freedom, peace and unity this is more of a kick back and chill out album for aging anarchos. Reviewed by Nathan Brown.

Definitely one of the more melodic of the bands associated with Crass and the “anarcho-punk” scene, Omega Tribe have to a degree regenerated themselves but still attract a lot of interest based on their 1980s past. In that 80s scene, punk was largely responsible for connecting a lot of young people with the peace movement and giving it more energy. The CND sign was side by side with the circled A on most punk’s jackets and many a record sleeve. We didn’t just want anarchy, we wanted peace too..and equality! In terms of keeping that message alive, title track New Peace Movement is an exemplar.

“This is the beginning of a new peace movement
Right here, right now

People have been gay since time began
This love is a pure and natural thing
Help each other find comfort and love
And have a good fucking time, because you’re worth it!

There are so many flags to wave
None of them are worth dying for
But I will stand for a just cause
For peace, humanity and our earth”

Lyrically this stands alongside the classic Angry Songs EP and No Love Lost LP. This album is not all socio-political stuff, though. Many of the songs are more about personal relationships, trauma and angst, and the music reflects this.

It doesn’t feel right to label this release as punk – it is musically much more diverse than that label. Not that something has to be punk for you to like it (First rule of punk, don’t let people tell you what you’re allowed to like. Second rule of punk, there are no rules). I’d suggest 4 of the 12 tracks fit the “punk” label. The title track. The angry enunciated kick back against racism in Ain’t Gonna Let ‘Em (after a deceptive Britpoppy start). Then there is the anti-religious message of Shit (“Don’t Lay Your Shit On Me, Don’t Try and force me to believe Cos I will not see you in heaven”) which is a straight up 77 punk song in the tradition of Chelsea or Menace. Lies is in a similar vein, leaning a little more towards Buzzcocks to my ears.

Pulling back the telescope for the wide view, New Peace Movement has a jaunty happy sound that reminds me of The Kinks and David Bowie’s eponymous debut with a dash of Britpop and folk. There’s an injection of melancholy here and there too – which fits the mood of some of the songs – but for the most part it’s smiley stuff. Pure pop sensibilities that sometimes convey a radical message. Some of these songs are intensely catchy and prove Omega Tribe know how to write good music.

On this album, Omega Tribe sometimes have a dancey feel and in places remind me of mid-era Chumbawamba – the band that most successfully bridged anarcho-punk and a more melodic poppy sound. For the most part light and airy, positive and sunny, Omega Tribe’s ideal placement would be a summer festival stage with maybe one or two too many ciders so you lose your inhibitions and just dance.

I should add that while some fans of Omega Tribe that I know may not be so keen, others will absolutely love this. Give it a listen and make up your own mind.

Whilst they are still singing about freedom peace and unity, Omega Tribe’s music has the potential for much wider appeal than the DIY punk scene they inhabit. The fact they have chosen to remain within their spiritual home should be seen as testament to the love they feel for it.

Available from Grow Your Own, complete with 16 page A5 lyric booklet featuring cover art by Chewing Gum Man. I think you can guess his medium.

Fans of vinyl will have to wait until August but if you follow the Grow Your Own bandcamp page you should get an automatic update.