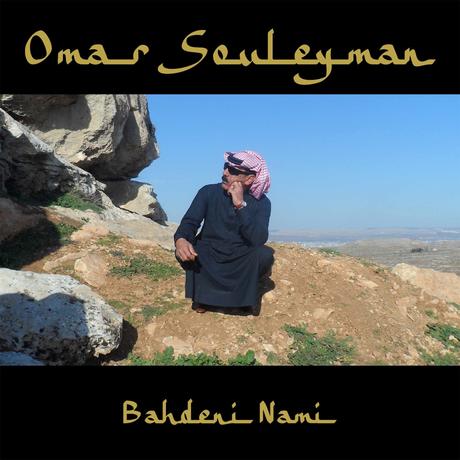 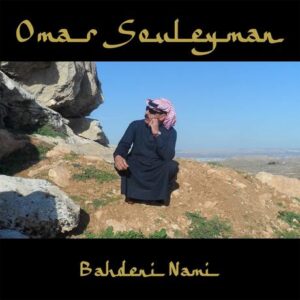 With his recent signing to Monkeytown Records and a clutch of guest producers on board for this, his latest album, Omar Souleyman has finally reached the point whereby he can be classed as “dance music royalty”. But has the transition worked? Simon Tucker’s been finding out.

With 2013’s Wenu Wenu, Omar Souleyman made his first “proper” studio album. Produced in Brooklyn by Kieran Hebden (Four Tet) the album saw Omar reach a far wider audience than before. That record was smothered in raw but clinical production which gave it more of a radio-friendly (whatever that means these days) vibe.

Newly signed to Monkeytown Records (headed up by German cross-genre geniuses Modeselektor) Badheni Nami feels like an album that is sort of stuck in a crossroads between Omar’s original recordings and the more club-orientated numbers that resided on his last album. When it works, it REALLY works, but on some of the tracks there is a feeling of confusion that lets the album down.

Let’s start with the guest producers of which there are three (Four Tet, Gilles Peterson, and Modeselektor themselves). Out of the three producers, it is the tracks by Modeselektor (of which there are two) that are the true stars. The reason behind this is they fully embrace the pull to the dancefloor adding a punch and slam to Leil El Bareh and a snake-like, snarling charm to Enssa El Aatab.

Four Tet’s production style on the title track is a less-is-more approach and you get the impression that he was there more as an engineer than a producer, a tool to smooth out the edges. The exact same can be said for the eclectic Peterson who hollows things out, making Tawwalt El Gheba a more spacious sounding recording with less emphasis on the bass and more on the atmospherics. This is not to say that these two tracks are bad in anyway shape or form, they just feel slightly lightweight. They will still get plenty of plays and will no doubt become live staples, but on record they just fall short.

It is with this that we turn to the songs that were not guest produced and it is here that Badheni Nami truly ignites. Opener, Mawal Menzal is a gentle and somewhat melancholic number that introduces us to the heavy lyrical themes that underline the record and Darb El Hawa is a scattershot transcendental track that feels introspective and full of yearning. These two songs also signpost a welcome return to the dissonant tones of Omar’s earlier work which helps keep the quality levels up on the record. How these songs have translated live, only the people present can say, but they do truly mark a shift in tone that is most welcome.

Geography is an important player in Badheni Nami as it sees Omar record in Istanbul which of course is near his home country of Syria. Whilst he proclaims that there is no political angle to his recordings, the ever increasing conflict does seem to have had an impact on the general tone of some of the songs here and whilst they may be about love as he is often quoted as saying, a lot of Badheni Nami feels more like a breakup album than the first throes of new romantic connections.

Badheni Nami is a solid album that does have some of the strongest songs of Omar’s career to date, however, it feels like now is the time for him to decide on which path to follow. Does he follow this up with an all-out club album designed to capture more Western minds or does he return to his roots, add cacophony and density and produce an all out dark record? I for one hope it is the latter.