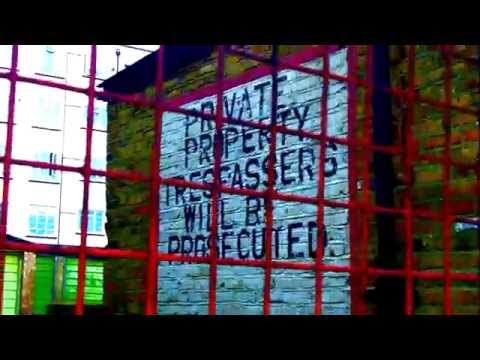 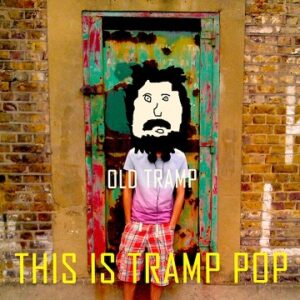 I have to say, this EP was highly anticipated in my eyes. Johnno Casson, the man behind Snippet (who gave us one of 2013’s finest moments) has released a collection of six tracks under the guise of Old Tramp. Why Old Tramp? It’s a way of him telling people there are no rules in music and, under a new alias, he can express himself without fear of a backlash against previous releases.

Originally from Hackney and now based in Colchester, Old Tramp makes sounds that are bendy and bouncy and full of shale. They’re playful and serious, straight-laced and witty and always from the heart. He is one of a handful of writers that can write a damn fine catchy tune that makes you want to move and generally feel good. Even his ‘serious’ songs, which often hit a nerve, have a deeper undercurrent which brings forward a more optimistic side.

Lead track Kiss My Arse sets the tone of his two-fingered salute collection. His cheeky chappy accent wraps itself around incisive lyrics – “you don’t deserve my point of view” – which you’ll probably find your young children singing in the back of the car, it’s not big and it’s not clever, but it would be funny.

Trusting your instincts forms the theme of Koksure. A funky little beast with sighs and high-pitched treated voices it will almost definitely make you tap your feet. Added electronic effects whip in and out and a tribal drum beat with chants and infectious synth loops makes it a potential sound of the summer. Largely instrumental, you’ll hear it all over our tropical climate soon.

More semi-humour in I Don’t Like You (But I Wouldn’t Mind Your Girlfriend), or is it? Sometimes difficult to decipher a serious song from a fun one – it’s a compliment not a criticism. Any songwriter that can turn serious subject and lyrics into one disguised as fun and happy has a true talent. The writing of perfect pop is a gift that Johnno was certainly born with. Say no more.

There’s no doubt that Depression calls for reflection. Beautiful, heart-drenched lyrics over a subdued piano backing. It’s sad, very. Anyone who has suffered or who knows someone who has will no doubt instantly relate to this. A recent contributor to the Ralph’s Life CD in aid of mental health awareness, Johnno perfectly describes the feeling and emotion of one of life’s shittiest cards. It’s written with compassion and a heartfelt honesty, any slip with a subject like this and the whole point would be lost, Casson skillfully avoids any such slide.

Track 5 bounces the EP straight back with Chancer. More lovely pop beats with a gritty undercurrent that honestly describes life’s characters whilst putting his own character on show. Another perfectly formed and layered song which leaves yet another imprint on your melodious little mind.

Ending with Pain Threshold there is only one downside to This Is Tramp Pop, and that is that it isn’t a full album. Certainly left wanting more, it’s an excuse to play the EP again (and again). Another deep bassline carries the song along with shimmering synths and muffled vocals which display an artist on the top of their game. Cutting beats and memorable sounds are the order of the day.

Tramp Pop is here, and it’s your future.