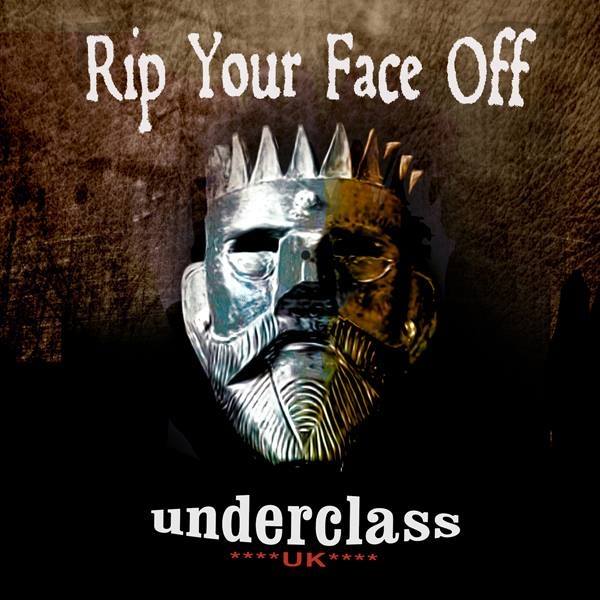 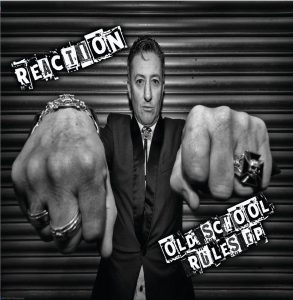 Ged Babey reviews three for the price of one; Old School Punks with something to say, and they’re gonna say it now, cos now is today.

You must have heard the old expression Man Cannot Live By Bread Alone?  Well to paraphrase it; Man, I  Cannot Live By Punk Alone….I try other flavours of music every now and then, and do thoroughly enjoy them.  But….sometimes…

Only Punk Rock will do.

Especially when you are pissed off and fed up to the back teeth with life, people, rules, apathy…. the whole thing.   Punk Rock is the soundtrack to punching the walls and frustration…. and it will not lay down and die. Forty years on it constantly re-invents itself, even within its codified generic restrictions and here are three/four examples of  great, new, old-school punk bands and their latest releases. Each one different, but all with a common bond of defiance and positivity born out of negative drive.

Underclass UK have been around since the early 80’s and this is their  fifth album and a totally accomplished, solid, hard, heavy release it is too. What I love about them is their admission that they are unashamedly influenced by metal and glam as well as 77-82 Punk.  They are honest, punk rock elders who after decades of setbacks, line-up changes, spells at HMP, addictions, have got their act together and become the great band they always should have been.  OK, singer/guitarist Stuart looks like Grant Mitchell and they admit a kinship to the Exploited and the Rejects, but based on this album, they have a lot to say and a pretty ferocious, uncompromising way of saying it.  Far from being an average Oi!/Streetpunk band they are far more sussed and articulate than you’d perhaps imagine from their chosen name. This short documentary video tells you all you need to know about the band.

The sledgehammer-subtle Rip Your Face Off came out a while back but is an essential purchase for the reformed hooligan in your life who likes a bit of Metal in his punk.

B-Leaguers on the other hand are total old-school, melodic pop-punk. Probably the youngest of this bunch of bands  they have a sound which is half Power-Pop half Punk Rock and instantly likeable.

From Lincoln they boast a singer who has a distinctive voice, a bit higher, warbley and vaguely ‘effeminate’ but it totally suits the songs – which are full of positivity as well as chunky tuneage.  They would’ve been huge in 1978 and are consequently out of time. out of place and out on their own in 2017 – which can only be a good thing.

Harmonies and songs about being ‘World Famous in a Little Town’, sentimental rock’n’roller tunes and living on beer and pizza. ‘Voting For the Neighbours actually sounds like a cross between Placebo, Eddie & the Hot Rods, the Manics and Dinosaur Jnr, proving if nothing else that B-Leaguers have more potential than just being a ‘punk scene’ band.

Their debut album, Death of A Western Heart was released in February 2016, on American Power Pop label, Kool Kat Musik  and is well-worth checking out once you gotten hold of this split EP/LP with Hooligan Crooners.

…Talking of whom, I’ve reviewed Hooligan Crooners twice before on Louder Than War; here and here, and they still won’t give me the negatives to those compromising photos of me and the goat!

Whilst ‘Holy Shit’ is a great, of the two new songs on this EP  I particularly like Head Full of Chemicals with its memorable chorus ; I’ve a head full of chemicals and a pocket full of blues / (I’ve got) All these broken promises and shit on my shoes and razor-sharp choppy guitar.

B-Leaguers and Hooligan Crooners play the following dates – try and catch them if you can; March 29th The Doghouse, Nottingham. March 31st The Mulberry Tavern, Sheffield and April 1st Treaty of Commerce, Lincoln.

Last, but by no means least, Reaction;  Scots veterans with a fantastic album under their belts in Accelerator which came out last year to much acclaim.  A new EP, four tracks, all killer, no filler.  Old School Rules is a perfect title – with a dual meaning to my mind. the original sound of 77 did indeed ROOL, OK. And. the old school did have Unwritten rules…(no Nazi’s, No Sell-out, no compromise, no bullshit…) which bands like Reaction adhere to.

Out of My Head and Someday (an External Menace cover) are sheer energy, ramalama punk but the latter features the most amazing slide-guitar solo you’ll hear -as if the spirit of the Gun Club suddenly materializes in a the middle of a moshpit.  Street fight Part 1 is a deceptive delicate instrumental which leads into a ‘Sploited-type thrasharound with machine-gun drumming and a Scabies-style haze of cymbals.

Not content with being purveyors of retro-sounds though the forth track  Crystallised Radio is a dub/dance remix which works really well despite keyboard washes and treated guitar replacing the trad-guitar- attack.  Hear all 4 tracks here under Playlist.

Facebooks for all the bands are ;