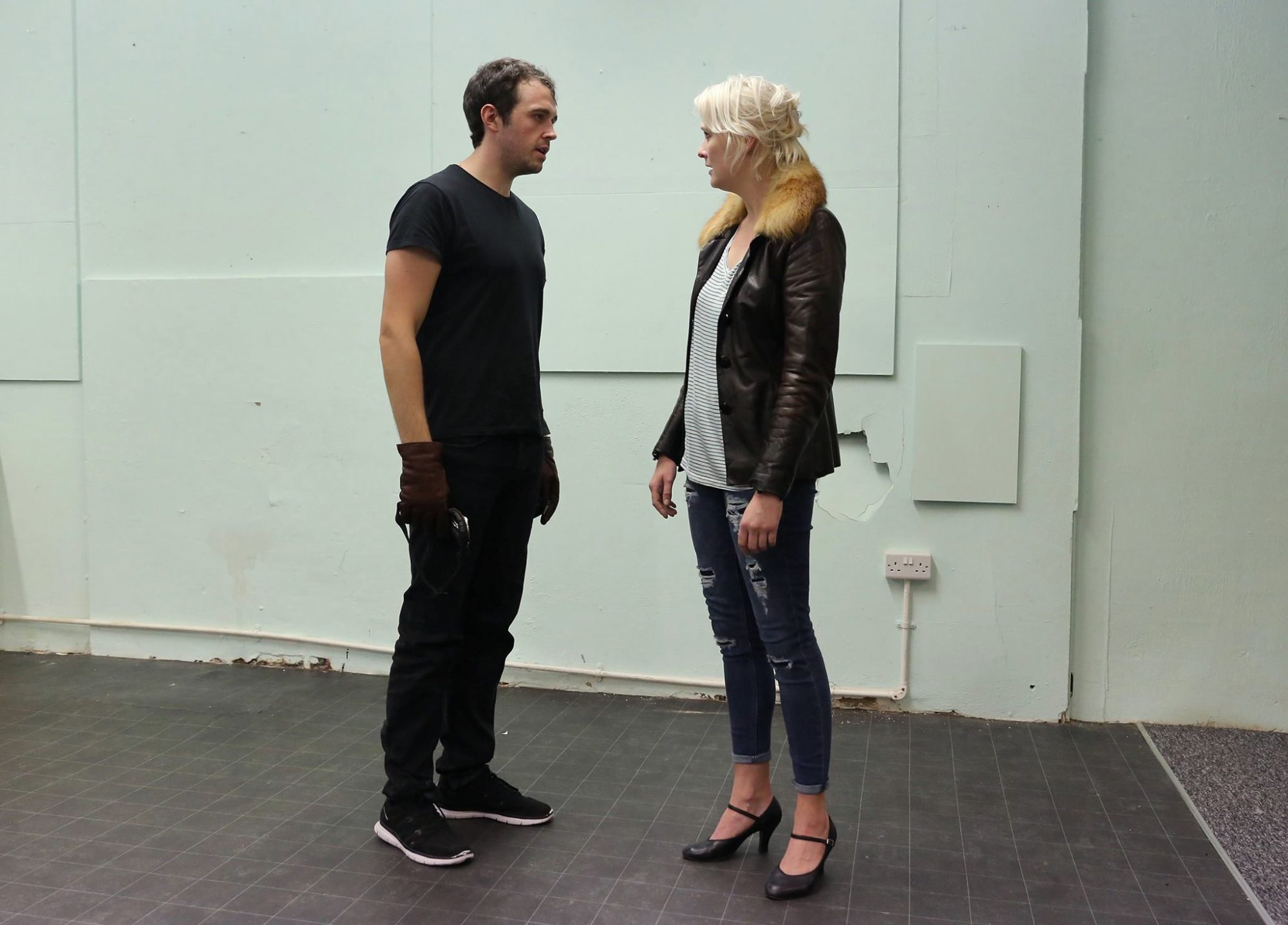 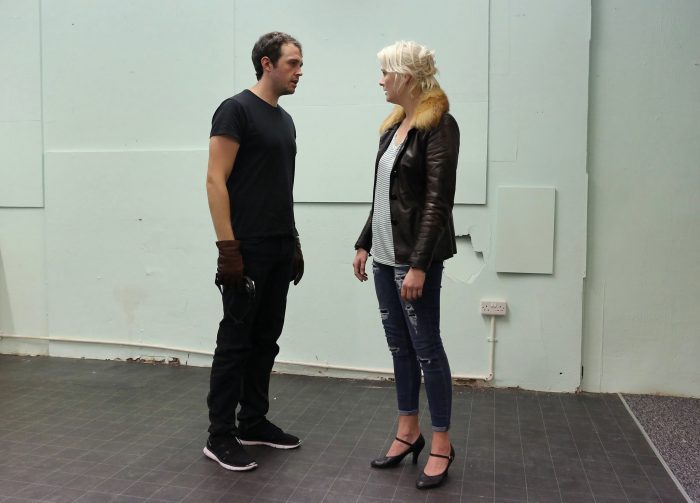 Old Ground is a play which considers the story behind one of the most harrowing crimes known – The Moors Murders – coming to The Kings Arms, Salford from 28 September – 8 October. Louder Than War’s Emily Oldfield decided to find out more…

Brought to the stage by Organised Chaos Productions, written by Lee Joseph and directed by Neil Bell, the play explores the lives behind The Moors Murders – especially the killers Ian Brady and Myra Hindley – who murdered five children between 1963-1965, attempting to conceal the bodies on Saddleworth Moor.

Old Ground is a production which is powerful as well as sensitive, working with the history of the area, even calling on an ‘Ode To Saddleworth’ itself to uncover the intensity and atmosphere – with a massive cast.

The five victims were Pauline Reade, Lesley Ann Downey, John Kilbride, Edward Evans and Keith Bennett – the latter whose remains are still believed to be on the moor.

They are never forgotten – and, as the play highlights, will be respected, whilst the evil of their killers will, over time, be examined and deplored.

Starting out at the beginning, Old Ground is set against the backdrop of 1960s Manchester, telling the story of two lovers who went on to become some of the most despised criminals in modern British history.

We also see the wider narrative as a very public battle between them unfolds – the psychopath versus the crazed lover.

This play looks at the emergence of and the battle between two terrible evils, the power of storytelling, the nature of truth, and what it means to revisit ‘Old Ground’. It’s a potentially controversial as well as crucial insight into the narratives surrounding a truly notorious crime.

In turn, I spoke to writer Lee Joseph ahead of the play coming to the Kings Arms, Salford:

1) What would you say to people who may challenge ‘Old Ground’ with the notion that: the past is best left to rest?

“Indeed I whole-heartedly agree that, in some cases, the past is “best left to rest”, but until Keith Bennett’s body is found, this particular chapter of Manchester’s history will – and should – remain open.

“I urge people to maintain great hope that, one day, we will indeed be able to lay the past to rest. Until then, it should not be assumed that the death of Brady (this year) should automatically signify the end of Keith Bennett’s memory.”

“The biggest challenge was a deeply personal decision to press my inner ‘go’ button – to begin drawing from the many years of research that I had accumulated about the case, and to actually discipline myself into the writing of it. 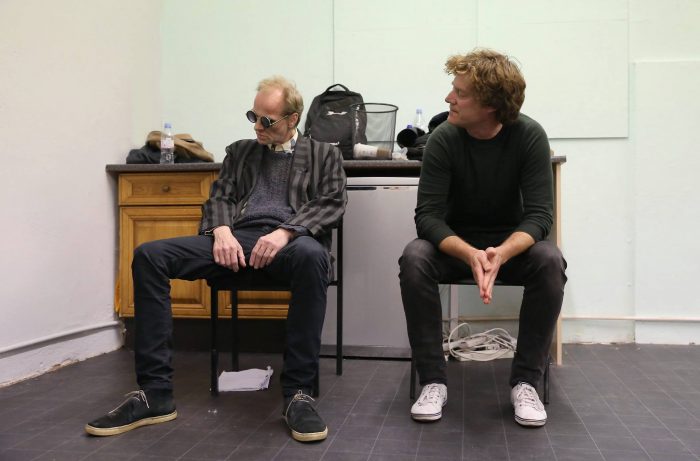 “’Old Ground’ was a long time coming, and there were many moments of self-doubt along the way; though I remained convinced that some of the lesser-known facts and characters within the story deserved to be remembered.”

“Without the support and encouragement of everyone who has formed The Old Ground Fellowship, there would be no production. To them, I owe everything. And I hope their rewards in their individual roles (production, performance, direction) will prove to be both memorable and worthwhile experiences.”

3) Considering the ‘personalities’/human elements of the murderers must have been difficult – is there been a particular approach to representing their characters?
“The characters of the two perpetrators in this story are played by four actors – two playing the 1960’s incarnation of the couple, and two playing the older (incarcerated) versions of them.

“These were two extremely depraved individuals who, after committing their mindless and cowardly atrocities, still got up for work the next morning… brushed their teeth… went to the pub, visited their families and behaved in what would’ve been considered ‘normal’ routines.

“I have imagined only what these incidental moments might have been like. After their arrest, both remained extremely vocal about their actions and manipulated many 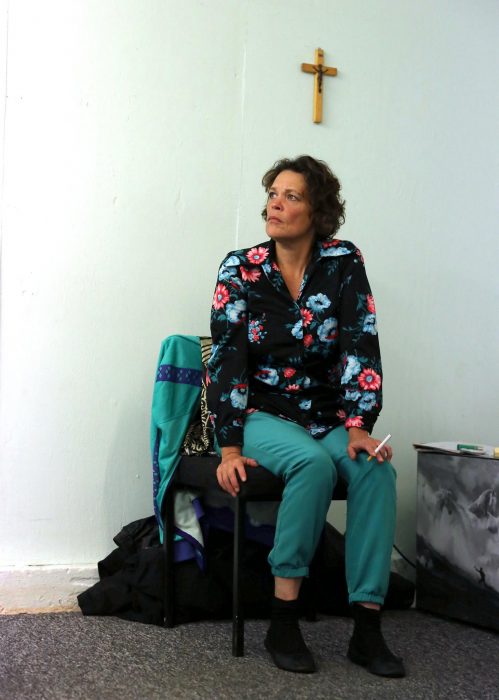 opportunities by which to have their ‘voice’ heard. Old Ground does not give a further ‘platform’ for these voices. Instead, it only draws on what has been documented with regards to these years.

“In short, the audience will witness two characters who belonged in their rightful place – firmly removed from our society, and destined to a depraved lifetime of lonely, frustrated existences. In short, only a little of what they deserved.”

See ‘Old Ground’ for yourself at The Kings Arms, Salford – 28 September-8 October.

Photography: With thanks to Shay Rowan

By Emily Oldfield. You can find more at her Louder Than War Author’s Archive and she is also on Twitter as @EmilyvOldfield