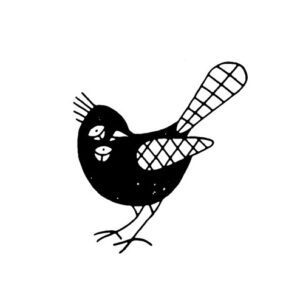 Their latest single starts with military style drumming that runs throughout. An almost Gregorian chanting is layered on top and immediately you get the feeling that you aren’t in the same arena as their debut. Let alone Kansas. This feeling of disquiet and unease continues with the guitar layers that build up and up.

The track pummels on with layers of squealing guitar. Completely different to the approach and feel to their debut! But this is what is so interesting about Okay Champ. This is a band expressing themselves however they to and without any constraints. Just over 5 minutes later, they have just done that. It’s a deluge of sound that is full of menace and intimidation. A  propulsive, unending  drum  beat  sets  the  tone  for John  Edgar’s imposing  vocals  to  set  a  disconsolate  scene,  with gloriously  fuzzy  guitars  and  electronic  atmospherics  completing  a  hallucinatory  soundscape.

Okay Champ are quite the enigma at the moment. Yet I still think they are a worth a listen and could definitely be your favourite band. Have a listen to this and their debut to find out.

William  Tell  was  produced  by  Okay Champ  and  Will  Thornycroft,  and  is  being  released  via  the  band’s  own  newly established  imprint  Treetrunk Records  on  June  21st.