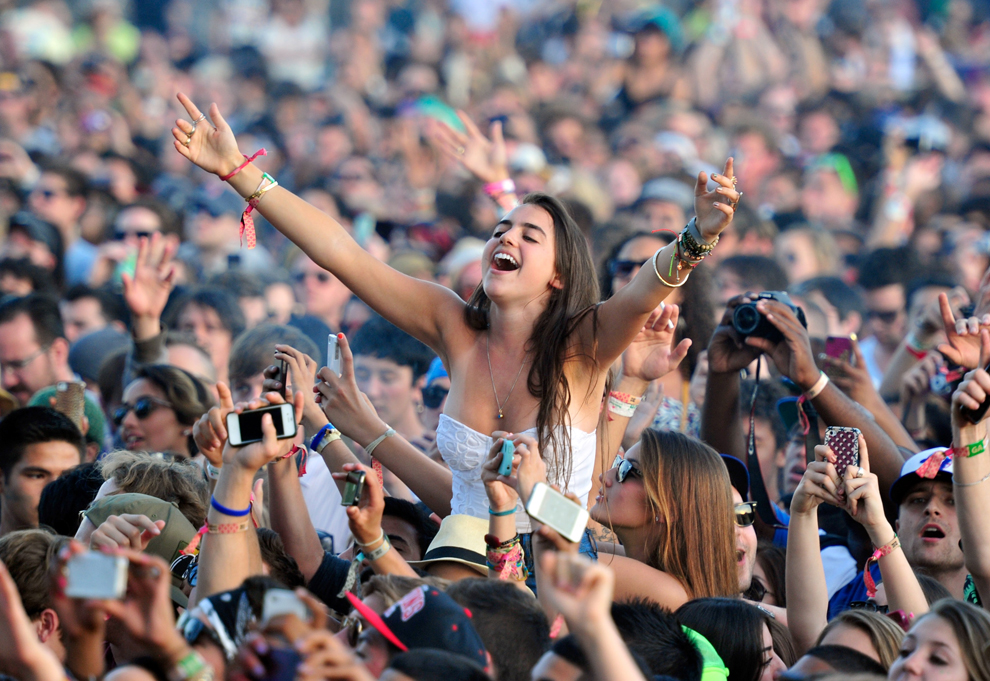 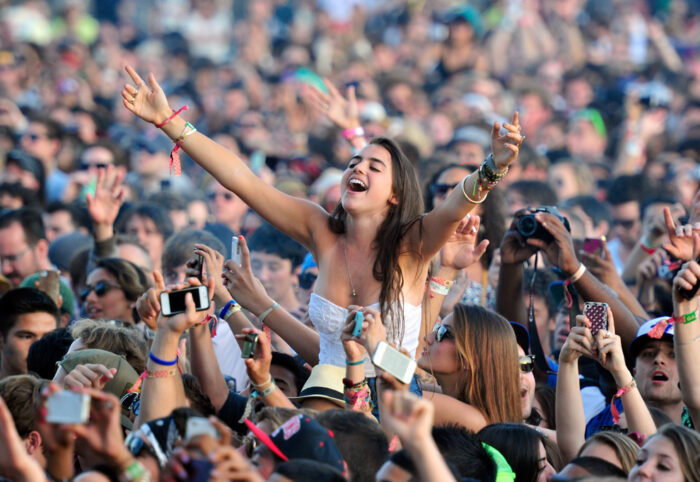 A chance encounter with Nicky Wire in a shop got our man Simon Tucker thinking about a music fan’s attitude and if it’s ok to act like a fan.

So I’m walking through my local branch of M&S (other highly priced shops are available) with my wife and son when in the distance I notice a familiar face walking towards me. It was the face of Nicky Wire, bassist and lyricist with The Manic Street Preachers. Knowing my wife’s love of the band I turned and pointed out the fact that he was walking towards us to which I got the reply “Don’t say nothing Si, don’t say nothing Si”. I obeyed my wife’s demands and just gave a courteous “hello” to which Wire responded with the same and onward we walked. After talking my wife down from the ceiling I started thinking about how we music fans do, and should react, when we meet those artists that we most admire. Is it ok to behave like a fan anymore? How should we react when we see them in a social situation? Do we “play it cool Trig” or do we go clambering all over them desperate for a selfie and a signed face?

Music fans are a dedicated bunch. We invest not only our money but our heart and soul into the music we love. These albums that we discovered when we first started developing our own tastes and personality help us shape our world view and go a long way to making us the people we eventually become. Think about the books, films, art that you have investigated because your favorite musician/band has name-checked them. Think about your political beliefs and how that has been shaped not only by your immediate surroundings but by musicians and the causes they lent their support to.

Putting all of this together and of course we are going to feel a bit giddy when we meet that artist in the flesh. It is only natural. I have been lucky enough to meet a few artists who I have greatly admired over the years and these instances have ranged from the embarrassing to the lovely. The first time I met a musician I HUGELY admired was when I was at a gig in Cardiff seeing this guy’s band play (he shall remain nameless to save my embarrassment and the fact that I have met and worked in some form for the man since also gives me reason to keep the guy’s name private) and he was stood right next to me watching the support band. My stomach dropped when I noticed who was stood next to me. I simply couldn’t believe that I was stood next to someone who had not only soundtracked my teenage life but had also soundtracked many nights that me and my now wife have spent together in our relationship. I struggled with what I should do so I did what everyone does and went to the bar, got a stiff drink, downed it and marched up to the guy. It was at this point that I tapped him on his shoulder, shook his hand and commenced with the following exchange

It was at this point I bolted back to the bar immersed in a blanket of shame and embarrassment. “Thank you for the music???” what the fuck was I thinking? What a cringeworthy  thing to say. Anyway, I’m glad to say that we talked again later in the night and it went much much better.

There was also the time I served Stuart Braithwaite in the record stall I was working at Green Man Festival. I was literally about to press play on a Mogwai album when I looked up and noticed he was in. Anyway, this time things went much better and I just went for it, asking him to sign an autograph for my brother who is a huge Mogwai fan and chatting politely. Stuart was charming and very approachable and that made me swear that from now on I will always approach musicians I love and chat to them IF the situation is correct.

This is actually the main point when it comes to approaching someone you admire. They are indeed human like the rest of us and I’m sure they would not like being approached by people when they’re having dinner with their family or shopping with their children but if you think it feels right, then go for it. Say hello, ask for that autograph. This attitude has served me well helping me have the confidence to chat to David Pajo at a Goat gig or chatting on a frequent basis to David R Edwards whenever I see him in town.

One Direction recently asked their fans to give them some space when they were in New York but what they must surely realize is that they are dealing with a mainly teenage/hormonal audience who are pouring every bit of their fevered emotions into their devotion to the band, directing all that raging lust and passion onto them.

So don’t be ashamed to be and act like a fan. If in doubt, just go for it. You may be pleasantly surprised by the reaction you get.

All words by Simon Tucker. More from Simon can be found over at his Author’s Archive.