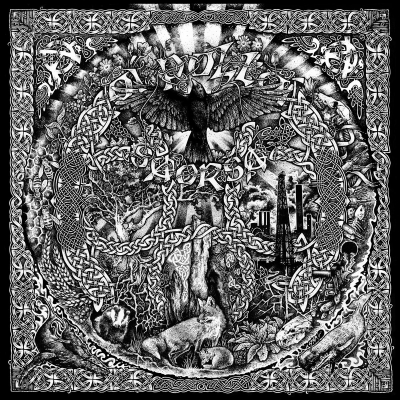 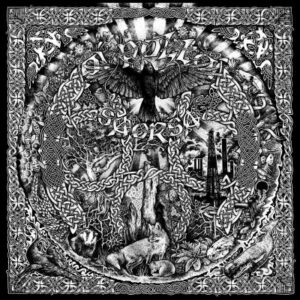 Louder Than War’s Nathan Brown takes us through the latest album from the Scottish kings of Green Anarchoi!

“Let’s go” kicks off as a fine opener with a classic street punk intro of beating floor toms and thundering bass before the guitar chugs and the first shouted words of the LP: “Punks and skins on the street, dancing to the rhythm of the prog Oi beat”. Oi Polloi then set out their stall: vegan boots, anarchism and anti-fascism, crusties, punk and oi. With its moonstomping anthemic nature you could be forgiven for citing Rancid or Dropkick Murphys as a comparison – the sound is “big” – but aside from Oi Polloi being older than both those bands, never forget it was Sham and the Rejects who first perfected this sound for the punk ear – Americans out!  For those new to Oi Polloi, it’s a great introduction to the band in one song.  If the band were a TV serial this would be the “previously on Oi Polloi” moment reintroducing you to the story.

And then we switch to the opening credits. In this analogy that’s the gatefold sleeve. Featuring 2 sets of astoundingly beautiful knotwork from artist Sonia L that weave around wildlife, environmental destruction, anarchy symbols and a crow ascending like a phoenix, you also get the lyrics plus an insert explaining more background to the song subjects and a poster of the front cover. One artist friend without a record player bought this for the art alone! Well done Ruin Nation on helping the band release a quality package.

There’s a fair few references to “Prog Oi” throughout, a term they may have coined themselves. You could take this 1 of 2 ways (or both). Progressive politics: I don’t just mean taking an unequivocal anti-fascist stance (alongside the mighty Angelic Upstarts and The Oppressed) to challenge the minority of boneheads still occasionally infecting the skinhead and punk music scenes, but also positive attitudes around gender, sexuality, animal rights, environmental protection and organising against capitalism. Rather than being “anti” stuff, they are “progressive”, yeah? This has always been in Oi Polloi’s DNA so I’m inclined to veer towards the second option. They don’t just play straight up Oi, they have some rockin’ out to do. Their sound over the years has developed to take in not only the “crust” sound of Discharge and Antisect (again, always in there) but I can hear some wider glam, metal and 70s rock influences – most noticeable in the guitar style.

At times, Oi Polloi are in danger of becoming a parody, caricature or pastiche of themselves, but this is part of their charm. Live they can border on pantomime Oi!, complete with props – burning a flag on stage, except the flag in question is the size of one you’d stick on a sand castle; handing out a miniature of whisky for an audience in the hundreds to share. While tackling serious subjects, they are not po-faced on this album, with plenty of puns and humour (often self deprecating) popping up and every cheeky opportunity to include an “oi!” taken. When I’ve spoken to skinheads about this mob, they have often been dismissive or non-committal. However, punks can’t get enough of them. Despite the constant “Oi” references and roots, don’t be fooled: Oi Polloi are a punk band.

Every few years Oi Polloi come up with a belter of a song that has a cracking tune, great melodies, nice bass runs and the all important sing along chorus with a drop out section for extra singalong. It is Oi Polloi at their finest. “GCHQFU” is one of those songs. Crisp guitar breaks and a sweary chorus make it a winner. No prizes for guessing what it’s about!

The stand out track of Side Bee (more puns at play) and a challenger to “GCHQFU” is “Our Winged Sisters”.  Another rock out, this one pays tribute to bees on whose pollination of plants we all rely. Never a band to take themselves overly seriously despite the message there’s a “zzzzzzz” buzzing in the choruses and they even dressed up as bees for the promo video. This is serious shit, though. Bees are in decline, under threat from dodgy agro-chemicals. No bees no food.

The band’s scatalogical obsession is revealed with “Soil Yourself” and “Dirty Protest”.  “Soil Yourself” is just a play on words, being a song about growing veg (and Soil handily containing an “oi” for the chorus…”Soi-oi-oi-oi-oil yourself”). “Dirty Protest” has a doomy metal intro but the main song draws on Discharge’s “State Violence, State Control” to tell of the political prisoner campaign in the H-blocks in the 70s, and particularly the experience of women participants.

They again veer into the realms of Discharge homage with “No!” and its counter-point track “Yes!” but in their own style – not in the same bracket as generic d-beat mongers. Meanwhile, “The Face”, about kicking nazi scum in the face, has a bit of a Cock Sparrer feel to it, especially the solo.

Having sung their previous 2 albums in Scots Gaelic, we couldn’t expect a whole L.P. in English. “Contra El Sistema” is a straight forward noisey number, delivered in Spanish.  “Vos Vilen Di Anarkhisten?” is sung in Yiddish, answering the question “What do the Anarchists want?”. Not many bands go out of their way to write in such a variety of tongues. And they’ve not neglected their Scots Gaelic – the title “Saorsa” translates as freedom.

“Early to bed, early to rise” is a kick back against work getting in the way of life. It is one of 3 tracks on the LP that really remind me of the first few vinyl releases Oi Polloi brought us back in 1986. Maybe it’s in the recording or the mix. Deek’s vocals and the guitar fighting each other for attention have a rawness that gives real menace but its the foundation that gives the real body to the sound: a real heavy bass and floor tom combo that is pushing into the red. “Destroi Phallocentricity” is another song with that “early” sound, tackling sexism and patriarchy. The third, “Sing a song of system”, takes a well known children’s verse and rewords it appropriately: “Sing a song of system, a bucket full of flies. Four and Twenty riot cops standing in a line. But then the riot started – the punks began to sing: ‘Fuck their fucking system! We must unite and win!'”

On “Metal Detector” they manage to combine one band member’s interest in metal detecting with an anti-monarchy message plus metal riffs and solos galore. This song occupies the middle of a unique Venn diagram for sure!

The credits roll to the sound of “Spelling it out”.  Ever inventive and with tongues in cheek, the verses are all international call sign acronyms, including the classic “Alpha Charlie Alpha Bravo”. Does it really need spelling out for you? Now Foxtrot Oscar.

Available direct from Ruin Nation and also through a number of UK DIY punk distros including Urinal Vinyl, Global Resistance and Bald Cactus.

Find out more about Oi Polloi on their Facebook page.

This episode was scripted by Nathan Brown. More from Nathan can be found over at his Louder Than War Author Archive.