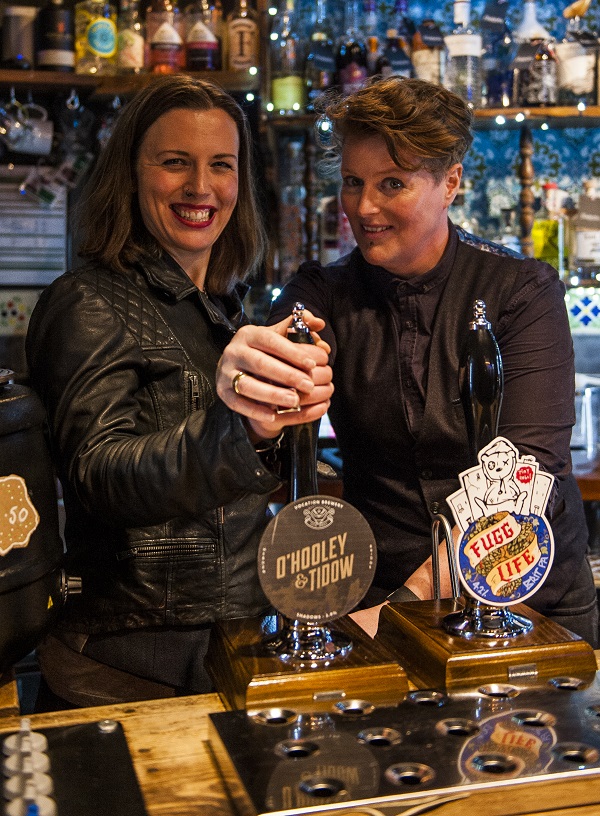 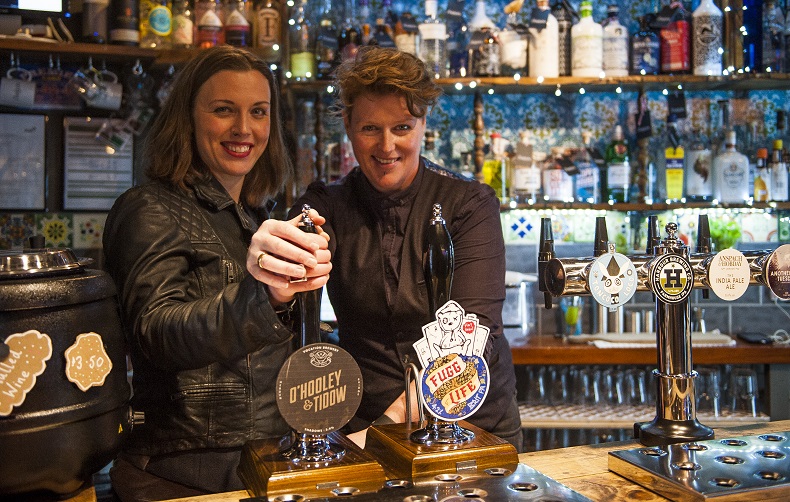 O’Hooley & Tidow. Infamous purveyors  of quality music and enthusiasts for real ale. An intimate candlelit gig  upstairs in a beer shop?  With their reputation?

Despite the ‘doctor’s waiting room’  jibe,  the comment that the evening  felt  like one of Enid Blyton’s Secret Seven meetings was pretty spot on. A few more than seven, not many though, all gathered into a dimly lit and atmospheric upstairs room, all candles and low wattage,  invoking the  feel of a special occasion. The congregation  of a secret society with a common interest.  Not so much solving intriguing mysteries in the Blyton pre-PC and child protection days, with  the help of Scamper the dog and despite the interference of an irritating sister,  nor a not a new Yorkshire based crime fighting detective duo, but more a rare opportunity to see a musical performance very up close and very personal.

The duo more often than not find themselves  embraced by the folk community; an often tenuous link as  there’s much more to them than that.  Having said that, they are natural  raconteurs – they have the regular intros, the stories behind the songs yet you’ll always find them peppered liberally with ad libs and little  off the cuff gems. The perfect environment too in an inviting  and snug refuge where even the most skilled cat swingers might be challenged.

They now have a catalogue from  their seven years together as a recording duo which has seen  them refine  their art to a tee in crafting songs which  as this year’s  ‘Shadows’ album proved  (LTW review here)  have merged a rare sensitivity with their off their ability to charm a song from often the most unlikely  of sources.  The ability to unearth subjects for their songs from the obscure yet with which they feel an affinity has become their stock in trade. “So we thought we’d write a song about it” is becoming a catchphrase. Ranging from morris dancing nurses and champion cycling underdogs, to celebrations of their home and culture (and real ale)  and onto  lost causes and subjects which edge unashamedly towards the harrowing;  child abuse, orphan elephants, and how Belinda uses Jackie Oates’ words – “the bleakest song written” – to describe her own ‘Winterthorn’, a lament cum lullaby where not for the first time some might struggle to halt the rise of  the lump in the throat. And that’s before she’s finished the intro and not even played a note. 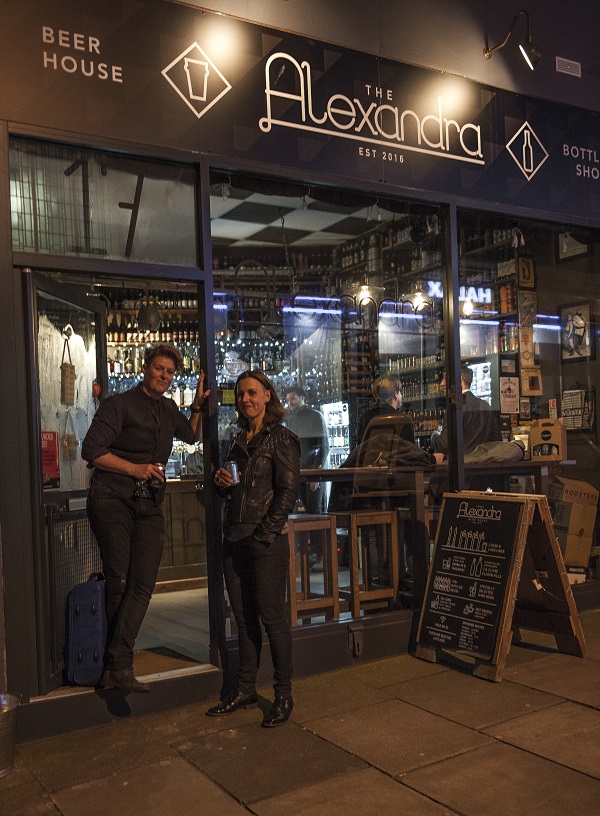 Crowded festival fields,  local arts venues and folk clubs may have been graced with their presence but  the unamplified environment (bar a small speaker for the keyboard) to hear the songs in their most natural and stripped down form is a rare treat and something that all actively gigging musicians should be doing as part of their package.  A step out of the comfort zone. Not quite baring the soul, but all the better for taking up the challenge. Little nuances, often lost in the amplification process,  start to appear like how low Heidi goes in ‘Blanket’  and the chance to study close up the underrated touch of Belinda’s playing and make a note to send some WD40 for  her squeaky foot pedal.

Taking a break from the usual album tour rigours, keeping the hand in and grabbing an interesting beer or two from a mesmerising  floor to ceiling choice at the Alexandra. Not a bad night’s work  – and watch out for a new music venue opening next door very soon. It’s the way forward.

All words and photography  by Mike Ainscoe. You can find more of Mike’s writing on Louder Than War at his author’s archive and his website is at   www.michaelainscoephotography.co.uk