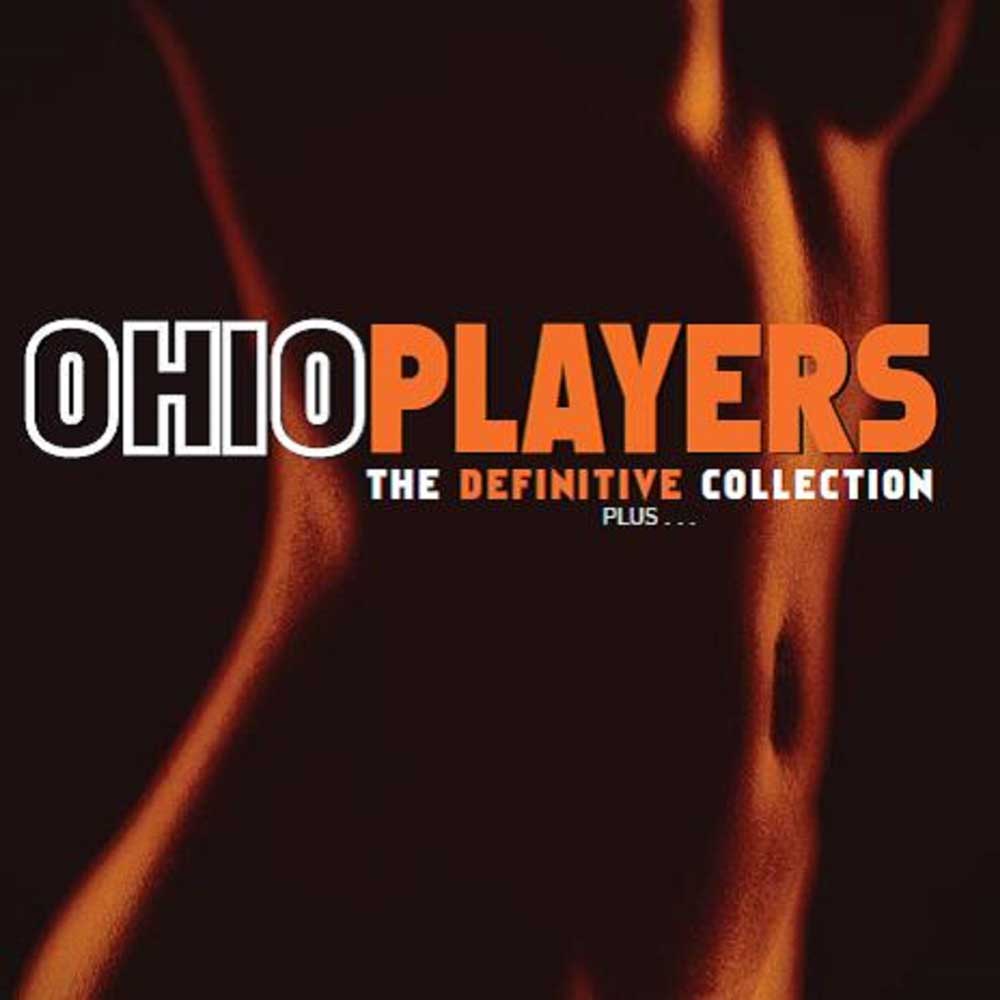 Career-spanning retrospective of the doyens of Funk the Ohio Players, drawing from the years 1969 to 1981, along with solo offerings from band members and off-shoots Junie, Shadow and Sugarfoot…..Ian Canty recalls a childhood trauma in Woolworths and then gets down and boogies……………..

The Ohio Players were a phenomenon in the 1970s, with their fame not really being anything much to do with their musical skills (which were considerable). Every OP album seemed to come wrapped in a risqué sleeve – quite an eye opener for me, when innocently perusing albums at our local Woolworth record bar. Flipping through the floppy album sleeves sans vinyl, I stumbled across their Gold compilation album and my young eyes nearly popped out of my head! After that initial shock it was a while before I actually heard their music, which was as sassy and fresh as any band of their kind, if not more so.

The Players were a street Funk band who, much like Parliament, made their way from solid Soul/R&B roots to become hugely successful in America. Also, like Clinton’s mob, they had a history that stretched back to the late 50s, actually forming in 1959 in Dayton, Ohio as Robert Ward and the Ohio Untouchables. When Leory “Sugarfoot” Bonner took Ward’s place in the middle of the 60s as the band splintered from their leader due to his erratic behaviour, they became the Ohio Players. Original members who stayed for the whole ride included bassist Marshall “Rock” Johnson, Clarence “Satch” Satchell on sax and trumpeter Ralph “Pee Wee” Midlebrooks (they were big on nicknames!). A youthful pianist Walter “Junie” Morrison, who quickly became the band’s music director, also joined and drummer Diamond Williams was added a little later on.

They led a shaky existence through the very early 70s before hitting the big time with the album Pain (housed in a raunchy sleeve picture cover of the model Pat Evans), with title track nudging itself into the Hot 100. Further minor success with the albums Pleasure and Ecstasy plus the Funky Worm single (which reached the US Top Twenty and number one in the R&B charts) lead them up to 1974, which would be their year.

Yes they pretty much ruled in 74, with the Skin Tight and Fire albums and their respectively self-titled singles being big hits. Indeed Fire, in its single and album forms, topped the charts in the US and rounded off 12 months for the band at the very top of the Funk tree and indeed of all of American music. Those uncertain beginnings well behind them, the Ohio Players were now a big fish in a big pool.

As they moved into the New Year all was rosy on the OP front and the hits kept coming. Biggest of them being the unstoppable Love Rollercoaster, which returned them to the top of the charts. A great record in anyone’s book and a high for Funk in general. Its parent album Honey very nearly did the same trick, stalling at number two. It truth it was the last hurrah for the band at the top end of the charts, the coming Disco wave was really starting to take over and this left outfits like the Players in the shade. They tried to adjust but Funk was in their DNA and always shone through, which limited their impact on that scene. But it is important to remember the records they released in the coming years generally had something to recommend about them, even if the band seemed a little passé for a time to the trend conscious.

This 3 disc “best of” takes us on a chronological tour of the Players recorded history, from their beginnings in 1969 to the end of their most successful period in 1981. Each disc is thus entitled “The Early Years”, “The Golden Years” and (rather more cumbersomely) “The Later & Solo Years”. You can see their roots in the R&B and Soul where the band members gained their chops on the offerings from the first album Observations In Time, with Here Today And Gone Tomorrow featuring impassioned singing which is atop a classy piece of 60s Soul and Find Someone To Love having some hard-hitting tough guitar work allied to a blazing horn section. By the time of Funky Worm (with a novelty “Granny” vocal, the comedy prop they would return to later) the primal street-level Funk that would lead to all those hits was clearly well in development. Food Stamps Y’all, though a winning instrumental, showed they never lost touch with those streets they came from and the problems people met there.

By the end of CD 1 we are getting towards the Ohio Players real breakthrough to the upper echelon, which was ushered in by the Skin Tight LP. The title track nearly cracked the US Top 10 and just stopped short of topping the R&B charts. It is easy to see why, a lithe and sexy Funk monster with a great melody. The comedy element is played up again on Jive Turkey, the chorus of which caught onto such an extent that the phrase became a popular insult in the US at the time.

So we come to the second disc which finds the Players at their all time high. Kicking off with their first number one Fire (though still sporting some of the Soul tinges that brought them to the dance), this one is an irresistible and catchy classic Funk song. OP even tried their hand at a Yuletide number with Happy Holidays (Part 1) around the time they really hit the pay dirt again with Love Rollercoaster. This song reached the top spot in the US and it is not hard to see why, just brilliant and ultra-groovy (it also was covered by the Red Hot Chilli Peppers in 1996). A career highpoint.

The vocals on offer throughout are generally top notch with the Players utilising soaring female backing vocals to contrast nicely with the male voice singing the verses. But you cannot discount the playing of all concerned, perfect for the up-tempo Funk numbers and sympathetic when they did the odd ballad like I Want To be Free (this style would become a little more prevalent as the years went on). Far East Mississippi takes in the Blues with a fine harmonica break and Fopp was unlucky not to repeat Lover Rollercoaster’s chart form, barely scrapping the US Top Thirty when there was no real decline in quality. O-H-I-O, in a handclapping robot rhythm, is a shout-out to their home state and the late night come-down of Good Luck Charm a cute slow jam.

By disc 3 the Players star was no doubt in decline, even so the gimmicky “Close Encounters” cash-in Funk-O-Nots gave George Clinton a run for his money in the Space Cowboy stakes. Everybody Up is another good shot from their later period, 10 minutes of light vocals, frantic “south of the border percussion” and a horn section from heaven. Magic Trick was their attempt at crossing over to Disco in 1978, but they couldn’t reign in their natural instincts and it is the only real effort in that direction featured on here. Some of Junie’s better solo efforts are on Disc 2 (a look back to the Players’ early days with the humourous Granny’s Funk Rolls Royce and Suzie Thundertussy which is although toting dodgy subject matter, is enliven by some sweet vocalising), and the synth-heavy Soul/Pop of Love Has Taken Me Over on disc 3 is ok, but very much of the time and a little similar to Scritti Politti’s output of the late 80s.

By the time of the fairly straight cover version of Otis Redding’s Dock Of The Bay, the band were sounding a little short of ideas and although they continued, further success was not forthcoming.

It is a shame that the Ohio Players seem these days to be upstaged by those notorious record sleeves – they were very much “of the times” but the Players brilliant playing and singing is timeless. Fire and Love Rollercoaster still would pack any dancefloor today despite their familiarity. They were pretty much incapable of producing anything that couldn’t get you tapping your feet and for a time rightly ruled the US scene, simply because they were one of the best bands around. They were never po-faced, leavening their deep Funk explorations with humour and never forgot where they came from. They kept that street groove in their heart and in doing that, they won many admirers. You can join them too with this.