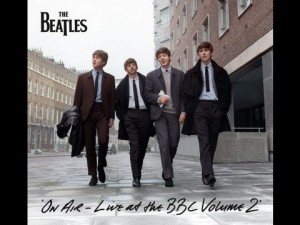 The Grammys will celebrate the 50th anniversary of the electric thrill of the Beatles invasion of America with what look like quite frankly a very odd looking line up of bands playing Beatles cover versions.

The Eurythmics who were once quite interesting will reunite to pay tribute to The Beatles as part of the 2014 Grammy Awards. they have not played together since 2005 but will come back together for The Night That Changed America: A Grammy Salute To The Beatles, which will be broadcast on February 9, exactly 50 years after the Beatles made their US television debut on The Ed Sullivan Show.

John Mayer and Keith Urban pairing up to perform ‘Don’t Let Me Down’, while Alicia Keys and John Legend will sing ‘Let It Be’. It has not been confirmed which song Eurythmics will perform, though Maroon 5 are confirmed to play live.

Earlier today (January 6), it was reported that Stevie Wonder will perform live with Daft Punk, Pharrell Williams and Nile Rodgers at the Grammys when they take place later this month.