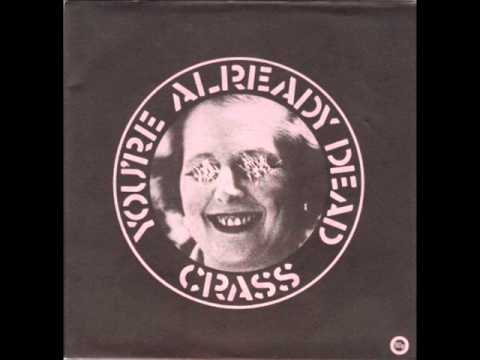 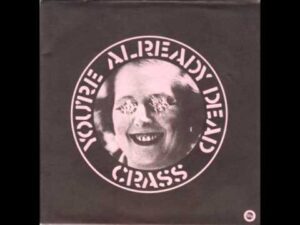 The official documents today released after 30 years show that Thatcher had not only planned to send in the army during the miners strike (although many eye witness reports from the time report seeing the army in disguise at many of the oicket lines) and getting her hair done 180 times in one year but also how she was rattled by the machinations and pranks of the UK’s most subversive ever band, Crass.

Crass had been agitating for a few years and were getting visits from the police but they scored a direct hit in 1982 when they pliced together recordings of Thatcher and US President Ronald Reagan to make it sound like a they were arguing over the Falklands War and discussing the possibility of launching nuclear weapons at Germany.

Crass then posted the tape to Dutch newspapers, who swiftly dismissed it as a fake. But a few months later the US State Department got hold of a copy and loudly proclaimed it to be an example of underhand Soviet Union propaganda.

Official UK government documents, declassified for the first time today, show that Margaret Thatcher was kept updated on the incident by the Foreign Office. The papers also suggest that MI6, the CIA and the US State Department were in communication with each other regarding the tape for up to two years.

The rest of the story is here.