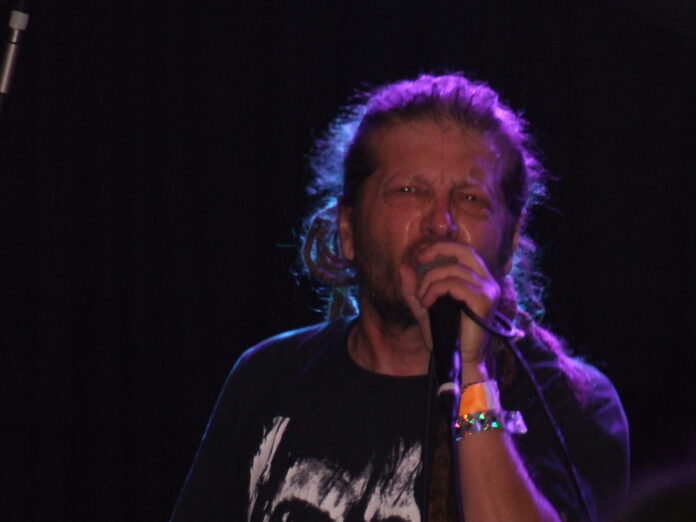 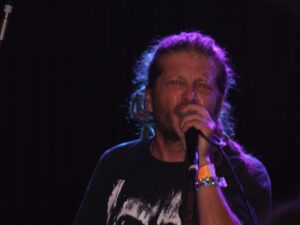 This despatch from our reviewer in Berlin has been held up in the ether a little longer than intended, so somewhat late we bring you Barry Lanigan’s review of OFF!

Tonight I’m in the heart of Kreuzberg at the legendary SO36 venue. This year they are celebrating their 36th birthday and want to commemorate it with your help. More on that later.

I fell in love with OFF! when I first heard them a few years back and was lucky enough to catch them at Rebellion 2011 when playing with Liz is Evil. What wasn’t to like about them? One minute songs packed with energy and good lyrics and the live show was chaos. Fun chaos. Something like seeing the Ramones in their day I would imagine. There was barely a second to get a chance to breathe between songs. Who needs membership to a gym, I wondered?

Under the scattered crowds of cigarette smoke is a healthy mix of fashion punks, beards, skaters and mesh caps in the audience and fans eagerly peeling the cellophane off some fresh merchandise. OFF! take to the stage while Iggy and the Stooges blares over the PA. Another thing I love about this ‘supergroup’ band is their lack of histrionics, coming on in jeans and band t-shirts, long hair and tuning up properly while Keith Morris tapes down his own set list. There’s no lights out, music off and here come the punk rock gods nonsense. When they’re ready and tuned and after some brief introductions they explode into their set, a mix of old and new. Third album Wasted Years is out now and brilliant.

OFF! play and perform like humans possessed. Keith Morris, for a man pushing sixty years old, has scary amounts of energy. Between songs he berates the crowd who apparently can’t make more noise that Morris’ nursing home bound elderly mother and he singles out the impatient who can’t take his mid-song banter, which is infrequent. There are a few wise guys up the front who are swiftly put back in their box. He stares the audience out of it and blinks insanely, beckoning song changes, spasming and wailing rabidly into the microphone. His band mates are no different. Guitarist Dimitri Coats pogos in and out with endless and flawless downstroke guitar playing that would make Johnny Ramone proud. Bassist Steve McDonald is the most theatrical of all, pulling often hilarious and cartoonish expressions to the crowd and the camera while drilling away effortlessly on bass as impeccably as his rhythm aide, Mario Rubaalcaba who, oddly enough for the drummer, appears calmer in the facial expression department than his band mates.

OFF! leave the stage at SO36 to hundreds of stamping German feet (insert historical innuendo here)
who clearly want more midweek music and the band dutifully comply with five more one minute corkers from their debut album before exiting again to more encore rousing but, alas, the PA music dashes those hopes and OFF! have done their work for tonight.

SO36, originally an old cinema, is an impressive venue that is and has been a stopping point for some of the greatest punk and avant-garde bands to tour this planet, and a playground for music fans in Berlin. It first opened as a venue in 1978 and has dealt with closure, re-openings, occupation and ownership change up until the current managing collective which has been working hard to keep the venue in existence since 1990. It has been a core community of musical career nurturing in the city and they would like to commemorate this special birthday with what looks to be an intriguing book and DVD. SO36 has given a lot. Here’s hoping they get a little bit back.