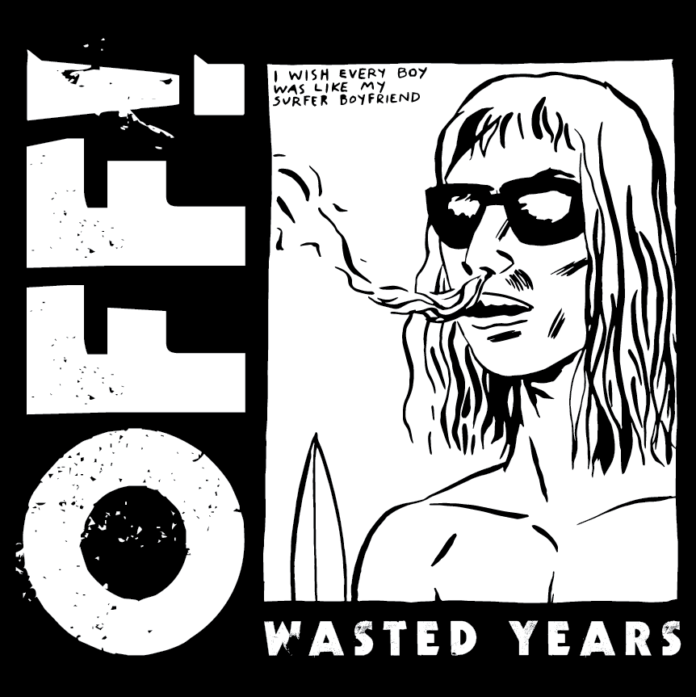 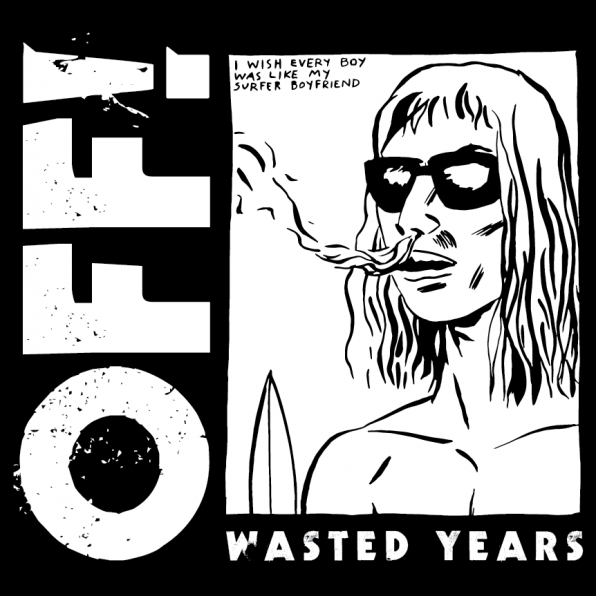 Cover Art for new album by OFF! by Raymond Pettibon.

OFF! of course are the band who’ve managed to recreate the wired power and energy of late 70s US hardcore in the 2010s – something that 1000s, literally, have tried but few (if any other have OFF!) have pulled off! (sic). Indeed, chances are that no one else (except possibly Rollins of course) will ever pull this off! (sic) either. That he did so, at the tender age of 55 – when most of his peers have hung up their enthusiasm for new music and can be seen walking off! (sic) into the distance counting their money – speaks volumes for the guy. And he did it without jumping on the bandwagon of any of his former bands (we’ll forget about Flag for the moment shall we?)

So a new record by OFF! can only be something to celebrate yes? Especially when we read the following off! (sic) the press release:

…the LP is simply the most direct and unprocessed realization of OFF!’s mission yet. In an attempt to capture the sonic embodiment of the album’s thematic darkness, the album was self-recorded live to 8-track ½” tape in the quartet’s practice space, with a minimum of overdubs and an inability to punch in (i.e. every performance is an unedited take). Recorded immediately after writing was completed, the record captures vocalist Keith Morris, guitarist Dimitri Coats, bassist Steven McDonald, and drummer Mario Rubalcaba in the act of bringing its 16 palpably visceral songs to life.

Since forming in 2010, OFF! have boasted a relentless recording & tour itinerary that has resulted in some of the rawest, most energizing musical experiences of the new decade. Harnessing and distilling reckless freneticism to its purest essence, they’ve rediscovered the stripped down core of noise, speed, and rock & roll at the heart of punk rock that previously seemed lost forever. This brutally direct approach has resulted in the kind of glowing accolades that some bands spend a lifetime chasing.

We also hear the new album is slower and heavier than what we’ve heard by the band before, but keep your eyes peeled for a proper review!