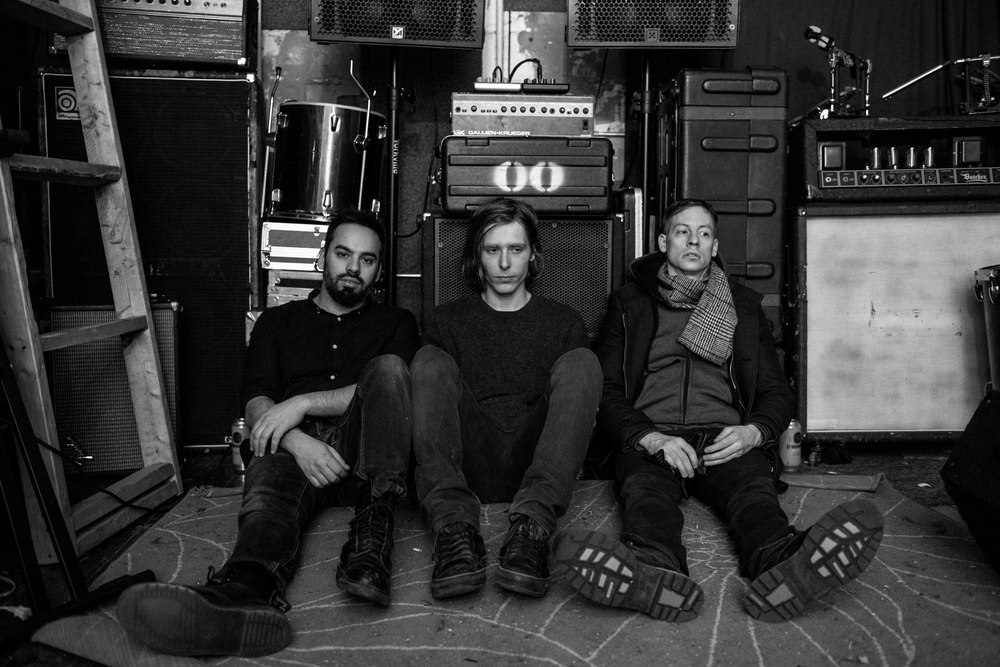 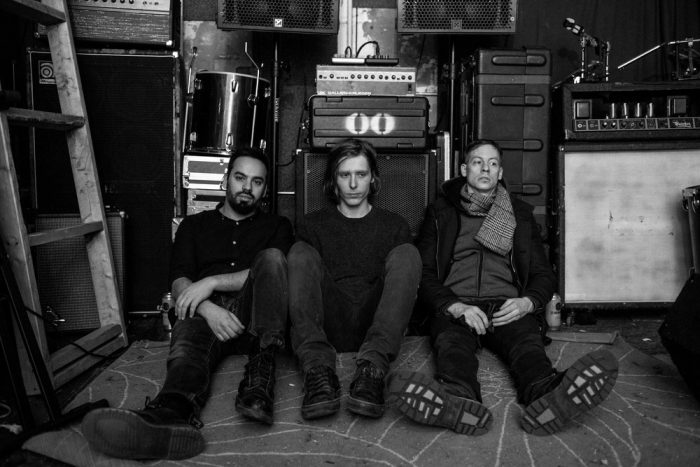 Odonis Odonis are a Toronto band who have evolved quite considerably in the last five years. They started in early 2011 with an impressive split EP with Locket Pundt (Lotus Plaza) before moving on with the album Hollandaze. Like a lot of their albums it is difficult to categorise but I think it would be safe to say there is some influence from the Birthday Party and Surf Punk

On this new album their sound have evolved further. The band have a great use of dynamics, changing kilter half way through a track, keeping your attention at all times. They can also keep you dancing a la New Order.

First track Fearless kicks off with some hectic synth before morphing into a post-Industrial riff. The tracks theme is “singularity” the time when some scientists predict the brain will be able to merge with Artificial Intelligence.

Next track Needs opens with a deceiving crystal clear synth line before Dean starts ranting and singing. The frustration in the vocals is palpable not surprising when you realise it is about his desire to achieve by any means necessary.  Yet again the next track, Thats How it Goes dwells with the theme of how we are losing our humanity through technology. When I spoke to Dean he didn’t see it as a negative issue. “We cant stop it and maybe will even have to embrace it” . It’s a good old Nitzer Ebb style stomper, which kinda makes sense.

Track Four is Nervous a gentler repetitive tune with sci-fi soundtrack styling again following the dehumanising theme. This time the way you portray yourself online. As a relative newbie to Facebook I get this.

BLTZ is about grabbing an opportunity in life when presents itself. Its quite a short track so as unlikely it sounds maybe Dean may have missed out. He sound pretty pissed.

On track Six Pencils the band drop it down to almost a trip-hoppy sound and using female vocals. Its a different theme as well. Knowing you are in a relationship that may not work.

Game is also a little less frantic almost warped Dreampop.  Venta Black is about facing your fears and is back to a short in your face dancefloor bassy thumper.

Then the final curve ball Lust a freaky “ballad” lamenting the lack of human emotion once singularity has occurred.  Like a lot of bands I have spoken to they aren’t self sustaining and are involved with booking bands, running record labels, and not surprisingly doing post effects for films.

When I first spoke to the band I suggested they were possibly an eighties influenced band and clearly there are some influences there but I think Dean was a bit irked by the suggestion and after repeated listenings I can see why. They are very much a band
of the moment; politically aware but at the same time seeing that politics itself may be irrelevant with the technological changes going on.  When I asked Dean to describe the bands genre he answered possibly ironically Post Industrial Dance Gaze. Its an accurate description but I also think they are Punk. Punk in my opinion is about progression which they have .They have also got Anger, Frustration, Anxiety, Positivity, Nihilism. They are disorienting, thought provoking, not always an easy listen , exciting, uplifting and even danceable. Yes lets put some Techno in there as well. Everything a modern alternative should have. I am already compiling my top twenty albums of 2016 in my head and will not be at all surprised if they make the cut.