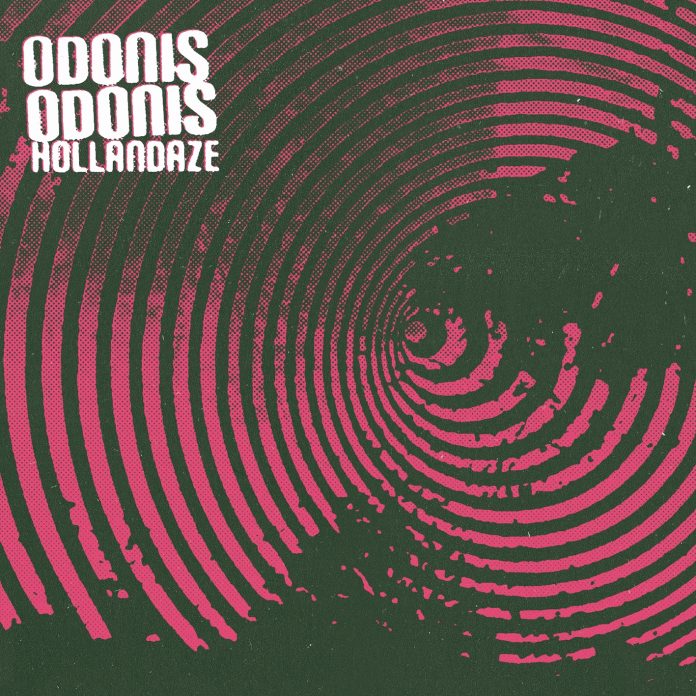 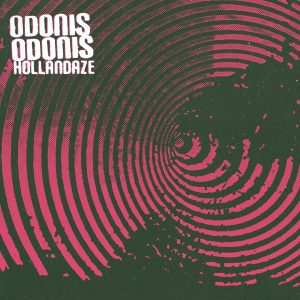 In the run up to the Christmas shopping frenzy a number of album releases get lost in the mass of ”ËœBest Of’s’, ”ËœGreatest Hits’ packages and suchlike ”â€œ one release that did not get the attention it rightly deserved was the debut album from Odonis Odonis which was released on Fat Cat in mid November; though quite how anything this noisy got overlooked is beyond me!

”ËœHollandaze’ is a glorious head fuck mix of punk, lo-fi, dirt encrusted reverb soaked guitars powered along by a 16valve straight through driving bass and punishing machine generated beats.
Created by prolific Toronto based song writer Dean Tzenos in his tiny home studio. Tzenos crafted in excess of 40 songs, the starting point being the drum pattern before adding various effects; he whittled this down to the ten tracks that became ”ËœHollandaze’ – For recording and occasional live foray’s Odonis Odonis expanded to a trio whose efforts are captured here.

The title track opens the album; really cavernous throbbing bass heralds ”â€œ the song has a 60’s psych vibe to it, though all that does is mislead you as follow up ”ËœBusted Lip’ instantly reminds you Dick Dales surf guitar licks with a huge injection of The Jesus & Mary Chain’s trademark distortion ”â€œ quite what Tzenos listened to as a child is open to speculation but on hearing this it ranged from the aforementioned brothers Reid, The Membranes, Big Black, The Pixies and anything with über producer Steve Albini’s name emblazoned upon it.

Song titles like ”ËœBlood Feast’ and ”ËœWe Are The Left Overs’ are easy indicators of what to expect; the entire album literally seethes with pent up aggression, ”ËœSeedgazer’ the slower and at six minutes the lengthiest track here has an ominous brooding feel as Tzenos spits distorted vocals from the darkness; this is deep into My Bloody Valentine ”ËœLoveless’ territory ”â€œ the vocals are so deep within the layers of fuzzed out guitar they are largely unintelligible and as such take on a semi instrumental feel ”â€œ not dissimilar in theory to Liz Frazer and the early Cocteau Twins.

Each track was built from a drum machine and thick driving bass upwards, guitar grooves, infectious hooks were added before layers of vocal distortion topped each track off, creating an album of immense power, that somehow retains moments of melodic pop beauty.

There is nothing particularly original here, but then that wasn’t the point ”â€œ the release references Tzenos musical upbringing and knowledge, and his desire to let go his anguish and release his inner emotions and for that he is to be applauded.

The influences are clearly definable, Odonis Odonis have however not merely imitated; they have absorbed the noises of their youth and have then added their own creative twist ”â€œ this is a blisteringly powerful even hypnotic debut, well worthy of your attention should you have everlistened to the mentioned bands.