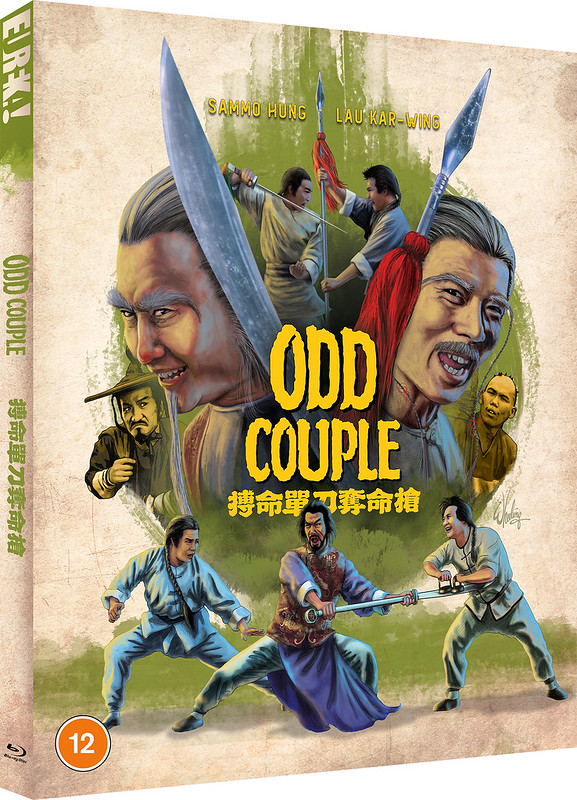 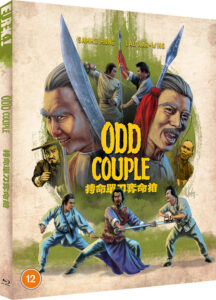 Jamie Havlin delivers his verdict on a tale of rivalry and vengeance from the Golden Era of Hong Kong cinema.

Firstly, this has nothing to do with the American classic that starred Jack Lemmon and Walter Matthau. But it is also a comedy and it does feature a couple of men who constantly bicker.

Set in the Manchu era, Sammo Hung and Lau Kar-wing play two veteran martial artists who have devoted their lives to mastering one of the eighteen traditional weapons of kung fu. Due to his virtuosity with the deadly single sabre, Sammo’s character has long been acclaimed as the King of Sabres, while his longstanding rival’s expertise lies in wielding the lethal spear. Guess what? He is known as the King of Spears.

For the past fifteen years, the pair have met up annually to pit their skills against each other in an attempt to prove who possesses the superior technique, but they’re as closely matched as it is possible to be. Every single duel they’ve ever fought has ended in a draw. In frustration, they hatch a plan to each recruit a student who they will train. In ten years’ time, they will represent the older men in their mano a mano.

Stubborn Wing is selected by the King of Sabres, after he witnesses the young hothead taking on a gang of bullies intent on extorting money from an old lady at a local market.

Ah You, a ferryman who displays a talent with a barge-pole, is chosen by the King of Spears, who senses that he could convert those poling skills into a prowess with a spear of similar length.

Doesn’t the bulky Ah Yo remind you of Sammo? And doesn’t Stubborn Wing resemble a younger version of Lau? Yes and yes again.

It’s a neat twist which might have been a way of cutting down on costs – the budget here looks pretty meagre and doubling up on roles would have helped keep costs down, although in the booklet that accompanies the release James Oliver airs another theory: that the two leads both likely fancied the chance to demonstrate their skills with both sabre and spear. And, believe me, they are equally impressive with either weapon.

Along with these two Hong Kong legends, there are appearances from Mars Cheung Wing-Fat, with buckteeth and a truly bizarre hairstyle, while Dean Shek is even more eccentric than usual as Master Rocking. Best of all is Beardy Leung, who oozes menace as scarred villain Laughing Bandit, whose thirst for revenge for defeats inflicted on him decades earlier by both kings force the pair to finally unite in battle, albeit they aren’t in any mood to completely put aside their own petty squabbles.

Few would judge Odd Couple to be as funny as its near namesake. One scene involving the compulsory consumption of eggs was so gross that it made me physically gag – I haven’t boiled, fried or poached one since seeing it…

What makes Odd Couple so special, though, are the balletic clashes involving Sammo and Lau. These are unadulterated joys to behold and, from the opening credits sequence onwards, there are plenty of these showdowns to enjoy. It’s little wonder that many fans of the genre consider this to be the greatest classical weapons movie ever made.

This is the movie’s UK debut on Blu-ray from a brand new 2K restoration and it looks fantastic. For more on the film, click here.