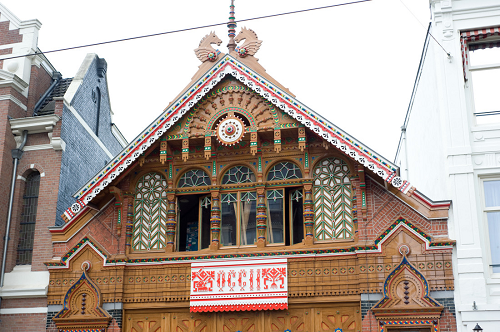 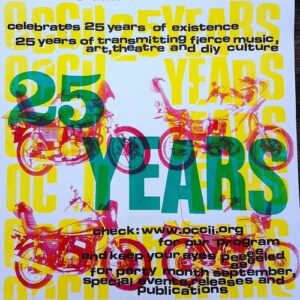 All HAIL OCCII ( Onafhankelijk Cultureel Centrum In It ) in Amsterdam! The club (once a fire station and a beautiful listed building in its own right) still battles on as an autonomous parallel universe, even though it’s surrounded by the sort of cafes that serve coffees you’ve never heard of and pop up outlets that sell bags of locally-sourced chips that cost half your monthly wage. Incredible to think this city was the Free State, the Magic Centre of the World, where tanks ploughed through squatter’s barricades and people practised self-trepanning in search of enlightenment. Still, OCCII is still kicking against the pricks and it should be on everyone’s agenda to see a gig there when in town. Get down there, drink at affordable prices, see great underground acts and meet nice people. What’s not to like?

We can do no better than quoting Greek journalist Nikko Koulousios from their magnificent press release.

“Kicking globalization in the nuts, the OCCII manages to bring together all the dissident voices of music from the four corners of the globe. The underground has never had a better venue. OCCII has managed to secure its legal status and now runs as an extensive cultural community centre. But its squatty birthmark has sealed its underground, independent, free DNA for ever. OCCII is a success story of a squat, which, having fought with the (real estate) powers of modernity, made it through the wilderness of police brutality, only to prove that communal, social activity can produce something good, something that is not owned by anyone else but us, the people. Transmitting fierce music and art, the OCCII continues to break down rotten boundaries, for the sake of everyone.”

And here’s LTW’s favourites, Repetitor, playing in the gloaming of the club, just for fun.