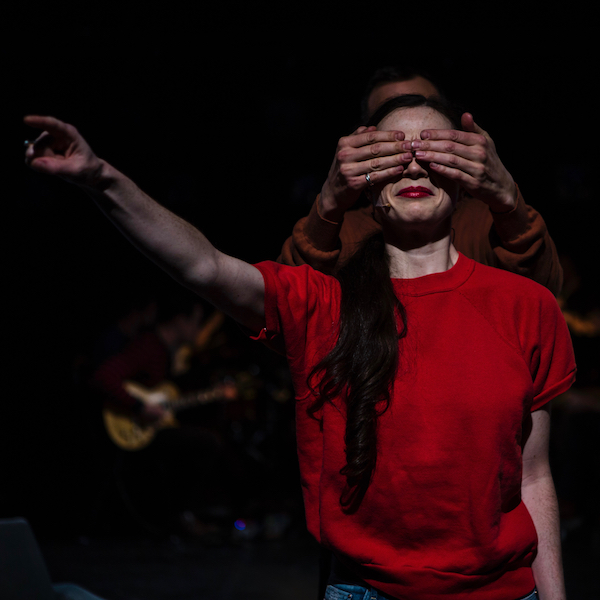 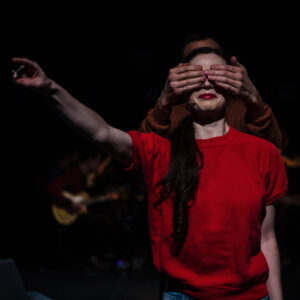 For collectors, obsessive fans and even the artists themselves, the music is seldom enough. While most eyes are on the main event – sumptuously recorded and tastefully produced releases, carefully shepherded into the public eye – others will be digging into the slew of scrappy live bootlegs, murky out-takes and abandoned tracks that add an essential, indefinable element to an artist’s discography.

Live recordings offer particularly fruitful pickings. In 2012, the artist Michael David Murphy stitched together 90 minutes of the Grateful Dead tuning up during their epochal 1977 tour to create the Tuning 77 bootleg, which instantly achieved legendary status in Deadhead lore. A few years earlier Brian Turner, musical director for US radio station WFMU, compiled Shut Up & Play, a collection of onstage rants and meltdowns from artists such as Courtney Love, Slayer and Jim Morrison. And in 1991, Neil Young released Arc, a thrilling 25-minute collage of feedback, guitar noise and vocal fragments culled from his Crazy Horse tour of that year.

Now New York ensemble Object Collection have gone one better, immersing themselves in 1,500 hours of archival live recordings from Washington hardcore legends Fugazi and using them as source material to create It’s All True, a brain-smashing 100-minute opera. Like Murphy’s Tuning 77 and those other ephemera-stitchers, Object Collection homed in on the stuff happening between the actual songs – the aimless strums, hoots of feedback and random drum clunks, along with the infamous asides, interjections and rants that made Fugazi such a compelling live proposition. But instead of another smart editing job, composer Travis Just and writer/director Kara Feely have turned all this debris into an abrasive, sprawling score for four voices, four guitars/basses and two drummers.

First performed at the Borealis Festival in Norway last year, It’s All True offers a lairy, funny and bruising encounter with one of the most respected and influential punk bands ever. London / Berlin label Slip has collected half of Object Collection’s heavyweight work onto two releases: a full-length album (It’s All True) and accompanying 7-inch (Prisons For Profit). And although Fugazi themselves weren’t involved, the project comes garlanded with praise from the band’s co-founder and bassist Guy Picciotto.

What becomes clear on listening to both these records is how closely Just and Feely cleave to the Fugazi aesthetic while making something that succeeds wholly on its own terms. Their score, with its jagged, fuzzy edges and abrupt changes of pace, echoes the full-throated roar of Fugazi albums like 1993’s In On The Kill Taker as well as the turn-on-a dime precision of 2001’s The Argument. Yet the absence of recognisable chord progressions and hummable melodies gives It’s All True an open and abstract feel that shifts it away from straight-edge uptightness into a satisfying art-rock sprawl.

A track like Loss Of Momentum, for example, darts from a screechy two-note lead guitar shuffle to a juddering distorted shred and then into a wailing grunge crescendo, all within about three minutes, as a chorus of voices recite what a feisty exchange with a heckler: “We’re trying to have a conversation here, sir, just a second … fuck off … Why should I fuck off? Everywhere we go people tell us to fuck off. Why is there such a driving need for people to tell us to fuck off?”

This quartet of vocal lines, twisting through the maze-like structure of Its All True, are a major contributor to the its success. Both form and content play their part, Just and Feely morphing the cadences of everyday speech to change emphasis and extend vowels, while the four voices (Catrin Lloyd-Bollard, Avi Glickstein, Daniel Allen Nelson and Deborah Wallace) babble forth in a surprisingly harmonious cacophony. There’s a little of Kim Deal’s gossipy interludes in Pixies’ Surfer Rosa on cuts like Ice Cream Eating Motherfucker, although the careful manipulation of stress and diction here heightens the sense of performative artificiality that runs through the whole work.

It’s funny, too, a lot of it. Ice Cream Eating Motherfucker turns toxic masculinity on its head with its shout-out to a pair of misbehaving chaps at a show, who had been clocked eating the titular dessert earlier that evening (“Oh you’re bad now, but you were eating an ice cream cone and I saw you. That’s the shit you can’t hide, you know. Ice cream eating motherfucker, that’s who you are.”). Children Dressed As Fish, meanwhile goes for full-on surrealism, its anecdote of witnessing (presumably) a school fancy dress parade recounted in sing-song, They Might Be Giants style against a typically furious sonic backdrop.

What’s surprising for an ostensibly experimental work such as It’s All True is how hard the political rants land. What’s The Problem is a hi-octane diatribe describing a homeless shelter being closed and its occupants being turfed out into the freezing night by police. One Thousand Sorties rails against the bombardment of foreign countries by the US military and corresponding failures in holding the government to account:

“We didn’t know about this because…uh… well good question, why didn’t we know about this? Partly because we’ve got a media that’s in control of people who are rich and powerful and do not care. And that’s gotta change.”

Delivered with righteous brio, these words resonate like a sore tooth in the middle of the night. In the age of Trump, Weinstein, taking the knee, Brexit, Morrissey, Syria, where women and people of colour are routinely harassed on the street and on social media, where power seems more venal, more violent and less accountable than ever, It’s All True is an artful, awkward reminder that the struggle continues.

And, while it may be optimistic to suggest that an experimental opera channelling the spirit of late 20th century hardcore can be a rallying cry for a better future, surely a prod in the right direction is better than nothing at all? In dark times, it’s necessary to know that it’s not just you wanting make the world a better place. That others are thinking about these things too. Talking about them. Bringing people together. And making something, however small, happen.

It’s All True and Prisons For Profit are available now from Slip (here and here).

You can find out more about Object Collection here.

And Fugazi’s live archive is here.