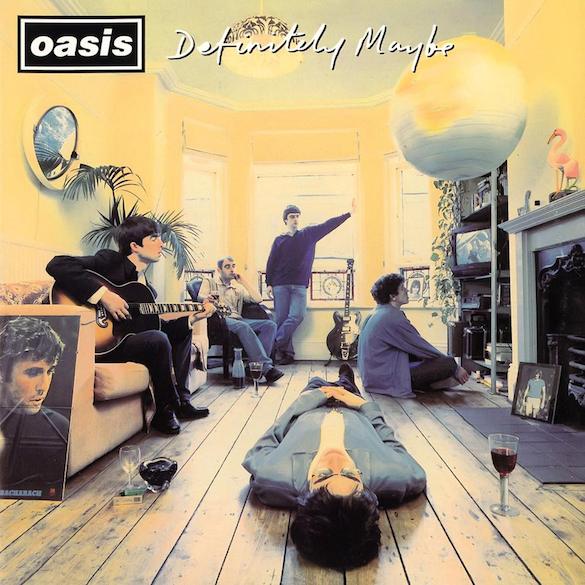 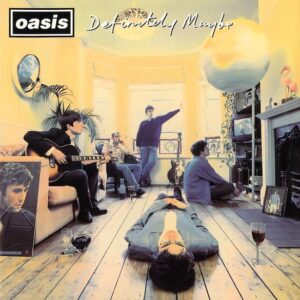 Monday, 19th May 2014 marked the twenty-year anniversary of Definitely Maybe, Oasis’ magnum opus. As apt a time to re-appraise the record then, something that Louder Than War’s Josh Norcliffe has done below. But first, to set the scene, here’s what Wikipedia has to say about the record breaking album:

“Definitely Maybe is the debut album by the English rock band Oasis.”

“It went straight to number one in the UK Albums Charts on initial release and was the fastest selling debut album of all time in the UK when it was released and went on to be certified 7x Platinum (2.1 million+ sales) by the BPI.”

“Definitely Maybe marked the beginning of Oasis’ success in America, selling over one million copies there.”

“The album went on to sell over eight million copies worldwide and brought widespread critical acclaim.”

To celebrate Mondays reissue of one of the finest debut albums of all time, I wanted to look back to 1994, when Manchester United were the champions of English football and five lads from down the council estate were to release the most exciting music since that of the Stone Roses five years earlier.

Brothers Noel and Liam Gallagher formed Manchester group Oasis with mates Paul “Guigsy” McGuigan, Paul “Bonehead” Arthurs and Tony McCarroll and since they sneered, “I live my life in the city. There’s no easy way out”, you were either part of the revolution, or you weren’t, simple. And if you weren’t you were probably fans of Blur, Suede or Elastica.

As ‘Rock ‘N’ Roll’ championers, Oasis thought they were the Beatles and the Sex Pistols rolled into one, Liam Gallagher even famously claimed he was John Lennon reincarnated. Of course they were neither bands, but high on ambition they proved to be the biggest British band since the Beatles and one of the most important groups to come out of the ‘90s.

Album opener Rock ‘N’ Roll star was a riffy, arrogant statement of intent, a classic tune for young people who craved a good time. It was followed by second single Shakermaker loaded with wobbles of psychedelia and was lyrically filled by Noel’s world around him; a Shaker Maker was a popular toy in the 1970s, the character of “Mr Soft” was taken from a Trebor Soft Mints commercial, “Mr. Clean” is a song by The Jam, one of Gallagher’s favourite bands and Mr Benn is a British children’s cartoon. This was to form a recurring theme in which Noel would controversially borrow pieces of music from other bands.

Singles Live Forever and Cigarettes and Alcohol were an example of Gallagher’s knack for hooks and simple, but effective lyrics. Both tunes would counter the music of grunge titans Nirvana in which Noel Gallagher explained, “At the time . . . it was written in the middle of grunge and all that, and I remember Nirvana had a tune called ‘I Hate Myself and Want to Die’, and I was like . . . ‘Well, I’m not fucking having that.’ As much as I fucking like him (Kurt Cobain) and all that shit, I’m not having that. I can’t have people like that coming over here, on smack, fucking saying that they hate themselves and they wanna die. That’s fucking rubbish. Kids don’t need to be hearing that nonsense.”

The remainder of the record includes Digsy’s Dinner; a song related to chaotic friend ‘Digsy’ with mostly ‘naff’ lyrics.

“What a life it would be,

If you could come to mine for tea,

I’ll pick you up at half past three,

Although the song was admittedly rubbish the song did survive with some credibility as it contained one of the most important lyrics on the whole album, “these could be the best days of our lives”.

The album is closed by fans favourite Slide Away and acoustic track Married with Children. Considered by many to be the epitome of Oasis Slide Away is a brash, flowing song that contains some of Noel’s finest penned lyrics and some of Liam’s best ever singing.

To mark its 20th anniversary the reissue is the first in the new Chasing The Sun series from Big Brother Recordings which includes the remastered album amongst bonus content including acoustic, live and demo versions and also B sides which help paint a picture of the bands finest moments.

A soundtrack for a generation of dissatisfied youth everywhere, Definitely Maybe stands out as a defining album of the 1990s and one of the most notable records in rock history.