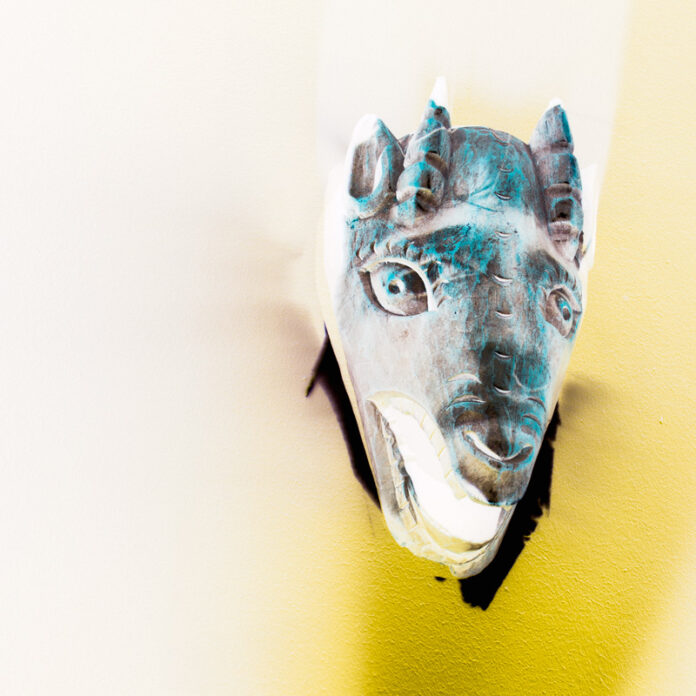 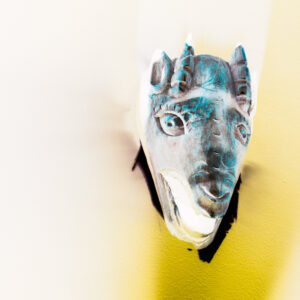 The dark business of the heart is the subject of this enthralling collection from sound artist Miguel Prado. Louder Than War’s Paul Margree dives in.

Nzʉmbe is a project of sound artist and experimental musician Miguel Prado. Originally hailing from Galicia in northern Spain, Prado has been based in Bristol for the past few years and, since 2007, has been amassing a varied discography, both of solo works and collaborations with underground luminaries like drone-metal king Stephen O’Malley and avant-garde lutenist Jozef van Wissem.

His hook up last year with US composer and guitarist Michael Pisaro resulted in White Metal, a wonderfully astringent piece that drew inspiration from noise and black metal without sounding anything like either. Abstract, challenging, abrasive and sometimes overwhelming, it was also absorbing and, at its best, thrilling.

Titubeo is nothing like White Metal. In fact, it is almost as far from that record as it is possible to be. Where White Metal explored noise and silence in meticulously created, exploratory compositions, Titubeo uses the much more familiar form of the song to create an album themed around romantic love. In the release notes, Prado calls it a “a cycle of modern baroque love songs”.

Hardened experimental music fans need not fear, however. While the phrase “baroque love songs” may summon images of fey Belle & Sebastian types wearing ruffs and penning passive aggressive hymns to rejection while accompanying themselves on harpsichords, the reality is much more appealing. With Titubeo, Prado has created a dark and feverish odyssey through a psyche scarred by elemental passions reminiscent of Coil or Current 93. This is romance’s hidden reverse. Love as pain, addiction, desire, suffering, obsession.

Titubeo’s narrative is never exactly clear. For a start, Prado sings in Spanish and his lyrics, even to someone with a working familiarity of the language, are opaque and poetic. This is a creative exploration rather than Vulnicura style autobiography, after all. Nevertheless, Prado’s musical settings leave us in no doubt of that despair and alienation is the order of the day. Modular synths are combined with guitar, flute and accordion to provide shadowed backdrops to Prado’s singular vocal performance, a slurred, growling baritone that adds a gnarled patina to tracks full of melancholy and menace.

At points, the obsidian depths of Scott Walker‘s late period works seem to be a touchstone. The primal thwackings of Sepientas Y Escaleras, recall the infamous “meat thumping” of The Drift’s Clara or, more recently, the cracking bullwhips of his Soused collaboration with Sunn O))). Here, these peculiarly fleshy sounds establish an appropriately debased tone of domination and submission. The feeling is heightened by Prado’s vocals, which, although sounding particularly beaten and bloody, contain a tell tale hint of pleasure in the pain he is experiencing, even as they are warped and slurred by electronic processing into daemonic, corrupted slurry.

In contrast, Trece Lunas Neuvas sounds like Venus In Furs covered by a recently deceased Mark E Smith and a backing band of ghouls. Disembodied voices wail in an ungodly chorus behind Prado, who duets with his own horrifically slowed down voice as a guitar picks out a Sterling Morrison style riff and a grim bass drone keeps everything drowning in black fire.

Aglaope, meanwhile, has the hellish claustrophobia of a black mass. An atonal electric guitar clangs with a Jandek-like disdain while a flute plays an ominously repetitive mantra. Prado intones his words above this racket like a priest at a black mass. Occasional dissonant bursts of synth strafe the din. It’s bloody marvellous, with an atmosphere so thick and creepy you could cut it with a knife.

Titubeo is the second instalment of Prado’s Nzʉmbe project. The first, 2014’s, La labor de lo inhumano, was released as a limited run wax phonographic cylinder, which, while showing an admirable commitment to the physical object in these digital times, made hearing the wonderfully strange and compelling music rather difficult.

In contrast, Titubeo, released as vinyl only on the Organized Music From Thessaloniki micro-label, is positively mainstream. This is a good thing, as Prado’s mesmerising and obsessive compositions – portholes into love’s secret domains, if you will – deserve to be heard more widely. Titubeo is an intense ride, and a fine addition to the canon of dark, esoteric sounds.

You can order Titubeo here  Find out more about Miguel Prado from his website. He also tweets as @MiguelPrad0