Home Music Bands Watch This: NYHC legends MADBALL have premiered the official video for their... 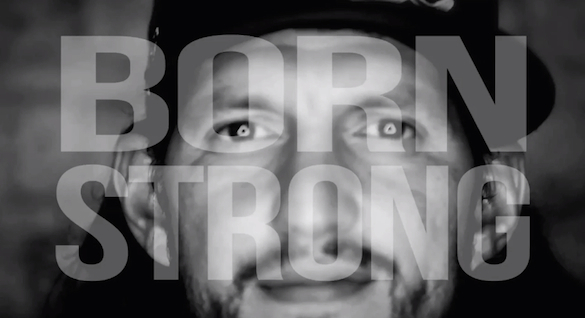 US hardcore legends MADBALL have a new album out in a weeks time, Hardcore Lives, released via the mighty Nuclear Blast. By way of a taster they’ve just dropped a mind numbing video for one of the tracks off it, Born Strong, which you can, and should, watch below, especially if you’re feeling a bit sleepy in this oppressive weather.

“I shouted ‘Hardcore Lives’ on MADBALL’s first release, Ball Of Destruction – I was twelve then. It wasn’t pre planned or written down… it was an ad-lib that I just threw out there and we kept it! Back then there was no choice really, not the way we were recording – two track live at Don Fury’s… NYHC style! I feel the sentiment behind the expression still holds true today, maybe even more so. Hence the reason we finally chose to use it as a title. Sure, it’s about waving the flag for our genre/culture, etc. – I’ve always felt that “we as a scene” had to scream just a lil louder… to be heard! That said, Hardcore Lives at least to us, is not just about a cool ‘catchphrase’ – it’s about that rebellious spirit that doesn’t give in…in life, music, whatever. It’s about growing, evolving, and maintaining your integrity in the process. It’s about family, overcoming adversity, and respect. All the things that matter inside and outside of the music realm. It’s for everyone and anyone with an open mind and heart.”

Hardcore Lives will be available as limited edition digipak and on vinyl, both including two additional bonus tracks: ‘The Beast’ which also appeared on 2012’s EP Rebellion and ‘Spit On Your Grave’ from 1994’s landmark release Set It Off – both tracks have been exclusively re-recorded for the inclusion on Hardcore Lives. Pre-order it here.